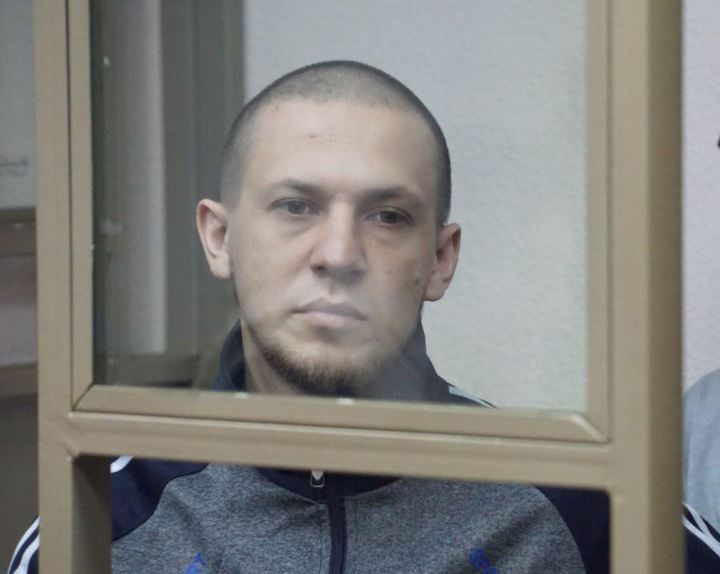 The first time Russia’s FSB demanded that Arsen Dzhepparov give false testimony against four Ukrainian political prisoners and he refused, they got him fired from his job.  A week later, the FSB caused a minor road incident involving Dzhepparov’s car, stopped him and, when he still refused, got him fined for supposed drunken driving.  On that occasion, the traffic police officer told the 25-year-old Crimean Tatar that, whatever the FSB wanted, he should agree to, since, otherwise, they’d destroy him.  A week later, on 18 April 2016, armed FSB and other officers burst into his home and arrested him on the same ‘terrorism’ charges as the political prisoners he had refused to tell lies about.

Dzhepparov and his wife, Zarina, had said nothing, as Dzhepparov’s mother was in ill health and they hadn’t wanted to worry her, but they had clearly understood what was coming. How would he ever be able to tell their small daughter Evelina about conscience and honour, he asked, if he had helped persecute innocent men who also had wives and children?

That same day, the FSB also came for Refat Alimov, the 24-year-old nephew of one of the four political prisoners who had also refused to ‘cooperate’.

We know from at least one other person that the FSB used threats and torture against other Crimean Tatars to try to get ‘evidence’ for this prosecution. It is, unfortunately, likely that some did not withstand the pressure.

Over four years after the arrests, all the six men remain imprisoned in Russia, facing huge sentences, with the second, and probably final, appeal hearing due on 25 June.  The ‘trial’ and appeal have been dragged out, probably because the case attracted a huge amount of attention.  This was due both to the gratuitous violence of the FSB ‘operation’ and because this was the first time that Russia openly targeted a human rights activist, Emir-Usein Kuku.

Armed and masked men burst into 11 homes in the Yalta region of occupied Crimea on 11 February 2016, shattering windows and terrifying small children.  Four men were arrested: Muslim Aliev; Inver Bekirov; Emir-Usein Kuku and Vadim Siruk.  The latter is an ethnic Ukrainian convert to Islam, and it was widely assumed that his arrest was so that the FSB could deny that they were targeting only Crimean Tatars, while also a threat to other converts.

An indictment without a crime

The six men, counting Arsen Dzhepparov and Refat Alimov, were all charged with supposed ‘involvement’ in the peaceful pan-Islamist movement Hizb ut-Tahrir, which is legal in Ukraine.  Russia’s entirely unexplained decision to declare Hizb ut-Tahrir ‘terrorist’ in a secret ruling by the Supreme Court in February 2003 is quite literary the basis for ‘terrorism’ charges against the men, not one of whom is accused of anything more than discussing religious issues, reading religious books, etc

Two men – Aliev and Bekirov – were charged with ‘organizing a Hizb ut-Tahrir group’ under Article 205.5 § 1 of Russia’s criminal code.  There does not appear to be any valid reason why some of the political prisoners are charged with being organizers, others only of ‘involvement’ (Article 205.5 § 2), however the difference in likely sentences is massive.  It was with this case that Russia’s FSB also added another extraordinarily cynical charge – of planning ‘violent seizure of power’ (Article 278).  The Memorial Human Rights Centre has noted on many occasions that this extra charge is often used against men who refuse to ‘cooperate’ with the FSB.  All the Ukrainian Muslims arrested in occupied Crimea have rejected any such ‘cooperation’, and the new charges have now become standard.

49-year-old Aliev was sentenced to 19 years; 55-year-old Bekirov to 18 years;  43-year-old Kuku and Siruk (30) to 12 years; Alimov (28( to eight years, while Dzhepparov, who is now 29 got seven years.  Russia is also flouting the European Court of Human Rights in imprisoning men thousands of kilometres from their homes, making it effectively impossible for elderly parents and the men’s children to visit them.