Putin has declared war, but not just against Ukraine, with his proposed constitutional changesNew Russian law proposes 10-year sentence for seeking return of Crimea to UkraineCrimean Tatar political prisoners punished for refusing to take part in Russia’s ’forever Putin referendum’It"s back to the USSR as Russia tries to destroy Ukrainian identity on occupied territory Russia deports Ukrainian children to orphanage in occupied Crimea condemned as a ‘concentration camp’Ukrainian works of literature and history banned as ‘extremist’ in Russian occupied Luhansk oblast Russia imports its own ‘judges’ to occupied Ukraine while planning "legal carte blanche" for its atrocities Spontaneous Memorial on Ukrainsky Boulevard – Digest of Russian ProtestsRussia persecutes Crimean Tatars, destroys their heritage because they expose the lies about its annexation of Crimea Russia abducts and imprisons Crimean Tatar, then tries to mobilize him for its war against Ukraine Wagner PMC convicted killers ‘get clean slate, freedom and pardon" for fighting Russia’s war against UkraineChildren to undergo compulsory military training in both Russia and occupied Crimea Russian FSB uses total isolation to torture and try to break abducted Kherson woman In Memory: Viktor Fainberg, courageous Soviet dissident, defender of Russia’s Ukrainian political prisoners Imprisoned Crimean artist faces ‘terrorism’ charges for protesting Russia"s war against UkraineRussia moves to legislate ‘impunity’ for all war crimes committed in occupied Ukraine Russian MP promises a child from Kyiv missiles as a "New Year present"Russian invaders abduct Melitopol lecturer in new wave of terror Russian propaganda media and ex-President guilty of direct incitement to genocide in Ukraine, report findsMen in occupied Donbas forcibly mobilized to die on the frontline
• Topics / News from the CIS countries
• Topics / Human Rights Abuses in Russian-occupied Crimea 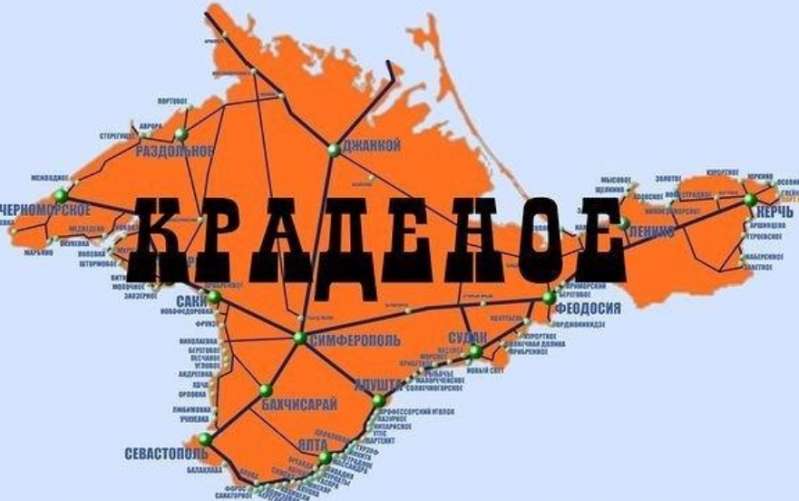 The main reason that Russia’s Vladimir Putin initiated constitutional amendments was undoubtedly to enable him to remain President until 2036, however the amendments are an affront to democratic principles and international law for other reasons as well.  Andriy Klishas, a Russian senator and co-chair of the working group on the amendments has openly acknowledged that one of the additions is aimed at preventing any legislative initiative that would end Russia’s illegal occupation of Crimea.

There are several worrying amendments proposed, however Klishas was clearly talking about an additional paragraph between paragraphs 2 and 3 of Article 67.  This states that:

Klishas is quite upfront about what this is supposed to prevent.  In an interview to RBC, he explained that “this was written so that nobody could seriously insert an amendment into legislation according to ward Crimea would be handed [sic] to Ukraine.  It was done so that not one state body, including the President or parliament, or the government, could seriously hold negotiations, for example, on the return of Crimea to Ukraine”.

The Russian senator was less than honest in claiming that the amendment was not needed “to run after bloggers or on social media and watch whether somebody has written something like “let’s give Crimea back”.”

It is true that a constitutional norm to this effect may not be needed, but only because a separate norm in Russia’s criminal code came into force in May 2014,  shortly after Russia’s invasion and annexation of Crimea, which enables just such persecution. Article 280.1 punishes for something termed “public calls to carry out actions aimed at violating the territorial integrity of the Russian Federation via the mass media”. It was feared from the outset that this would be used against people who stated, in full accordance with international law, that Crimea is a part of Ukraine.   The fears have proved justified with several real or suspended sentences already passed against Ukrainians or Russian citizens.

The objective pursued by Putin and his lackeys was transparent enough without Klishas’ explanation.  It is much less clear that the amendments achieve anything at all.  Russia annexed Ukraine’s sovereign territory in 2014 and it is directly referred to as an occupying state by, among others, the International Criminal Court and the UN General Assembly.  All democratic states have sworn that they will never accept Russia’s land grab.  Even if a country could lay claim to another country’s territory via its Constitution, it can assuredly not do so retroactively.

Putin’s recent foray into falsification of history will get backing from the new constitutional amendments which adds a clause (67.1) about “defending historical truth” and prohibiting any attempts to diminish the “achievement of the people in defending the Fatherland”.  It seems safe to assume that questioning the role of Joseph Stalin in the War; openly spelling out the agreement between Stalin and Hitler, via the Molotov-Ribbentrop secret protocols, to carve up Poland between them, and much more will now be formally taboo

It is not just the attempt to retrospectively rewrite Russia’s land-grab that should be of concern to Ukraine and all Russia’s neighbours.   Article 78 now has a third paragraph, stating that “the Russian Federation provides support to its compatriots living abroad in exercising their rights, in ensuring defence of their interests and retaining their shared Russian cultural identity”.

Russia issued its passports to citizens of Abkhazia and South Ossetia in 2008 in preparation for its war against Georgia, and, over the last year, it has illegally given Russian citizenship to around one million Ukrainians in occupied Donbas.   The constitutional norm is clearly aimed at providing justification for even greater aggression and destabilization of Ukrainian (and other neighbouring states’) territory.

This is not new as such, with Russia having passed a law back in 2015 which allowed it to flout judgements of the European Court of Human Rights if Russia’s politically obedient Constitutional Court claimed them to be ‘unconstitutional’.  It is, nonetheless, incredible to add such a profoundly lawless clause to Russia’s main law, and the Council of Europe’s Venice Commission issued a strong statement on 18 June.  It points out that “the Russian Federation has made the political decision to join the Council of Europe and remain a member of the organisation. In ratifying the European Convention on Human Rights and accepting the jurisdiction of the Strasbourg Court, it has committed itself to executing the judgments of the Court. Indeed, there is no choice to execute or not to execute the Strasbourg Court judgment: under Article 46 of the Convention the judgments of the ECtHR are binding”.

The Venice Commission calls upon Russia to remove the clause, although its own statement makes it clear that this will not happen as the Constitutional Court has already rubberstamped the document.

Now all that remains is for ‘the people’ to rubberstamp it in a stunt referred to as a referendum on 1 July 2020.  Reports in the social media make it clear that mass efforts are underway to force people to take part in the event.  As with Soviet ‘elections’, the outcome is clear in advance, so the pressure is only to ensure frequency.