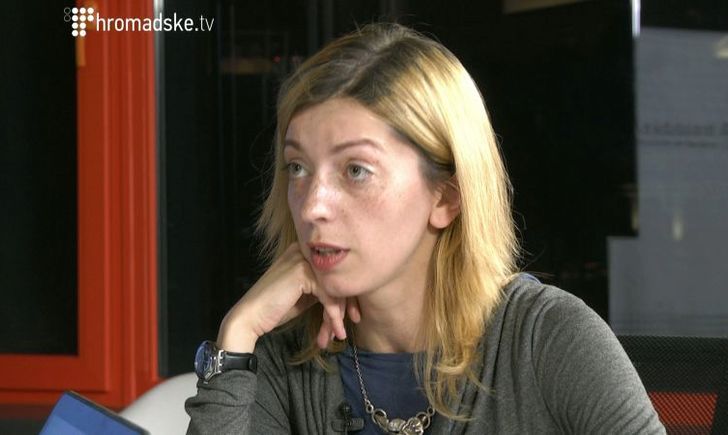 A number of media and human rights organizations have initiated an open appeal demanding that journalist Yekaterina Sergatskova receive police protection following appalling threats that prompted her to leave Kyiv with her small daughter.  Any debate over the content of an article which Sergatskova, the Chief-Editor of Zaborona, was co-author of, needs to be the subject of professional discussion, not pressure and threats.  One of the authors of the statement was StopFake, the fact-checking organization that was the subject of the highly controversial article which Zaborona published on 3 July.

The authors condemn both the verbal attacks against Sergatskova, including in the social media, as well as death threats from, among others, right-wing radicals. They are particularly appalled that the social media attack on the journalist began with a post that showed both a photo of her five-year-old daughter and what was assumed to be her flat.  It was this post, they say, that instigated other verbal attacks and threats against her.

“We believe that the quality of journalist material and any violation of journalist standards should be the subject of thorough professional discussion, with the participation of self-regulating organizations, such as the Commission on Journalist Ethics and the Independent Media Council. It must under no circumstances serve as grounds for calls to revenge or death threats, and must not lead to journalists being persecuted, or abandoning their work”, the NGOs write.

The appeal was initially endorsed by Detector Media; the Institute for Mass Information; StopFake; the Zmina Human Rights Centre; the Human Rights Platform; the Donetsk Institute of Information and the Kharkiv Human Rights Protection Group.  It can be signed by sending a letter to info[at]detector.media.

The Zaborona article was certainly extremely contentious and caused a furore in the media and social media.  Although some of those involved in the threats against the journalist were clearly from the far-right, there were also negative reactions to the article from many who profoundly reject far-right views.  The text suggests links between members of StopFake, a vital fact-checking resource, that arose in 2014 to combat Russia’s ferocious information war against Ukraine, and members of the notorious far-right C14, considered by very many to be neo-Nazi and / or other far-right figures.  The text was worrying in part because the title and the first part of the article suggested that StopFake had been behind Facebook blocking an article by Zaborona about a Russian neo-Nazi living in Ukraine. In fact, Facebook reinstated the article, saying it had been a mistake, with this surely making the title misleading.  Zaborona had, by then, decided that there were links between some members of StopFake and far-right groups, and asserted that this was a matter of public importance.

Among the many disputed questions would be whether this is a matter of public importance if  the alleged links of individual members of StopFake were not reflected in the fact-checking organization’s work.

For those who believe it would be of public importance if it influenced the resource’s work, there are still question marks over the adequacy both of the type of ‘evidence’ (photos of one person at events with far-right radicals, for example) and of the use of largely unsubstantiated allegations from third parties (quoting people who have been told something, for example).  These and other questions are, however, for discussion, and hardly cause for verbal attacks, let alone death threats.

StopFake published a reaction to the article, calling its allegations untruthful and defamatory and asserting that this was part of the ongoing information war attacks on StopFake for its work.  In its 8 July article it denied specific allegations, which prompted a reaction from Zaborona the following day.

StopFake has also said that it is planning legal action against Zaborona over the publication of the article.

It was after Zaborona’s second article on 9 July that Roman Skrypin, a television presenter and blogger published the photo of Sergatskova and her daughter and accused her of being a Kremlin agent.  The journalist’s address was even given in a comment to the post.  The post was deleted, however Skrypin continued posting insulting comments about the journalist, with others on social media following suit.  The fact that Sergatskova is originally from Russia was made much of in certain quarters, with those insulting her choosing to forget that she had come to Ukraine and taken Ukrainian citizenship as a conscious rejection of Russian aggression against Ukraine.

Segatskova left Kyiv with her family on 13 July, and has since told an Independent journalist that she has herself reported the threats to the police, but does not expect real protection.

The above is a deliberately brief account of what has caused a storm in Ukraine.  Perhaps there is still scope for the kind of discussion between Zaborona and StopFake which TV Hromadske offered to provide a platform for.  When a journalist’s family has become the target of attacks and threats because of something she wrote, it is not dialogue that is needed, but a clear and unequivocal rejection of such intolerable methods.