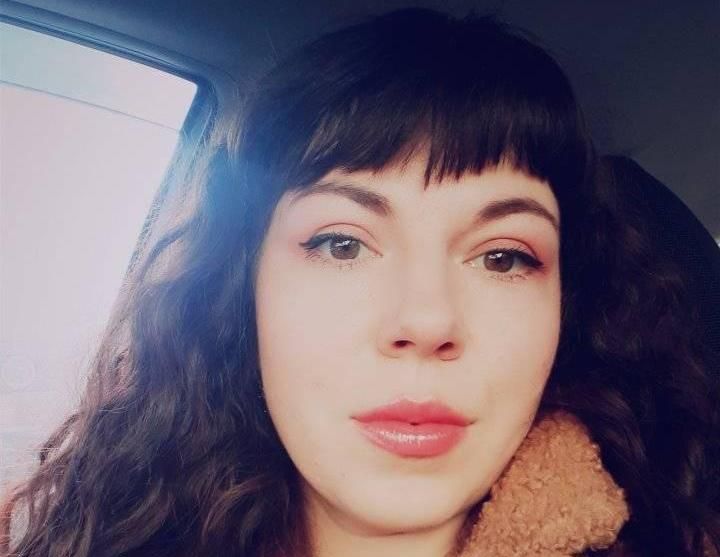 Lyubov Velychko has received both verbal abuse and threats from a barrage of real Internet users and trolls after she published a major investigation into certain Telegram channels and the impact they have on MPs from the majority Servant of the People [SP] party.  The very significant level of influence the study uncovered is alarming given the pro-Russian slant and possible Russian origin of at least two of the channels and the effective anonymity and unverifiable nature of the material on all the Telegram channels.

The study was undertaken with the support of the Institute for Mass Information, and the results published at IMI, Liga.net and Texty.org.ua on 13 July. Velychko had made certain that there was no warning of the publication before it appeared, knowing that there would be those who did not want such findings revealed.  The reasons, as will be seen, are fairly obvious.  The Telegram channels chosen are ones that are known to be popular with MPs, and since their authors are often anonymous, the journalist set out to determine whether the channels have a common agenda and particular messages and whether these exert influence on MPs (in Ukrainian ‘people’s deputies’).  She focused solely on members of the Servant of the People party since they have an absolute majority in the Verkhovna Rada.

Velychko analysed the content of 10 thousand posts on five popular Telegram channels between 1 September 2019 and 1 April 2020.  This was the ‘top 5’ that emerged from asking SP deputies. Not all agreed to give such information, and some spoke to the journalist only on occasion of anonymity, however she received enough information to identify five channels.

These are two anonymous Telegram channels which the author believes, judging by the content, are administered from the Russian Federation:

«Темный рыцарь»  [Dark Knight] – also anonymous, though run by a person who claims to be a ‘Servant of the People’ deputy.

All of the above have huge numbers of subscribers.  Velychko asserts that even President Volodymyr Zelensky has said that he is subscribed to Legitimniy and Dark Knight, although at least in the link given, he mentions only having opened them a few times.  Of the SP deputies, willing to comment under their only names, Oleksandr Fediyenko compared ‘Dubinsky.pro’ to a litmus test of how the SP faction will vote, while Serhiy Hryvko clearly sees the same channel as a source of exclusive information.   Yevhenia Kravchuk, on the other hand, said that she had the strong feeling that ‘Legitimniy’, ‘Resident’ as well as ‘ZeRada’ and others are not administered in Ukraine.  While ‘Dark Knight’ is disgusting, she added, it does feel Ukrainian.

As mentioned, Velychko also concluded that Legitimniy and Resident are probably administered from Russia, although she acknowledges that she cannot prove this.  In fact, at least one of the other Telegram channels seems disturbingly pro-Russian and the degree to which the treatment of particular politicians or appointments by those channels and the other three seem to have had considerable influence on political events in Ukraine is seriously alarming.

These are not your normal information resources, and not only because of the lack of methods for checking facts and sources.  Velychko points out that the target audience are those in the know, who do not need to be told what position the named politician holds, or given a name in full and where a lot of details may be omitted. In one way or another, these Telegram channels are addressing the President, the Prosecutor General, etc., since those running them know, Velychko believes, that the information they circulate will get to those in power.

An example gives was of around 100 messages posted on such channels in the autumn of 2019 regarding the disengagement of troops in Donbas. This is a very contentious subject for Ukrainian society, yet all of the messages on the Telegram channels assured Zelensky that such disengagement was needed and that the civilian population supported it.

Velychko found that these Servant of the People top-five channels write much more often about Russia than about the EU or West as a whole.  Nor does that seem because of Russia’s aggression against Ukraine.  ‘Dark Knight’, for example, criticizes the EU-Ukraine Association Agreement and suggests that Ukraine took the wrong turn in 2013.

87% of the posts analysed were neutral about Russian President Vladimir Putin, with 12% positive.  Velychko did not find a single negative epithet referring to the leader of a country that has been waging undeclared war against Ukraine since 2014.

On that subject, the channels use their own terminology which are very different from those  of official Kyiv.  The posts speak of “an internal Ukrainian conflict”, “civil war”, etc.  Both ‘Resident’ and ‘Legitimniy’ use the terms  ‘Luhansk and Donetsk people’s republics’  and “unrecognized republics” which follows Russian Wikipedia, rather than Kyiv.  Like Moscow and the Russian state media, they never refer to the Russian-controlled militants as ‘terrorists’ or members of terrorist organizations, instead using this term for the Ukrainian nationalist Stepan Bandera.

Velychko also points to certain telling grammatical errors that would suggest that the sources that the channels refer to are Russian.  Although she may well be right about them being Russian, the mistakes in question are often made or deliberately used by pro-Russian Ukrainians.  The study found also that both Legitimniy and Resident quote Russian sources even where the same news was published by the European media.

The fact that there are such Telegram channels or other social media pages that push a Russian narrative about the war, about Putin, etc. is nothing new.  Nor is the fact that not one of the deputies was able to fully distinguish truth from lies. What is different and disturbing from the study is the way in which such messages appear to be influencing Ukrainian MPs and, therefore, the direction the country takes.  This is seen most clearly in the position that the channels under probe take on Ukrainian politicians and public figures.

In order to become the grey cardinal of Ukrainian politics, Velychko writes, you just need to convince deputies who are the good guys, and who the bad.  All five Telegram channels played a highly specific role in this.

Among the 10 thousand posts analysed, Velychko found 264 mentions of Ruslan Riaboshapka, the first Prosecutor General appointed after Zelensky became President.  Not a single one was positive, and 80% of the posts presented him in a negative light, constantly repeating that he needed to be dismissed.   The Telegram channels pushed the idea that the Prosecutor General’s Officer was carrying out the instructions of the US Embassy, and not of the Office of the President, and  that Riaboshapka was responsible for messing up a huge number of cases.  Velychko says that the accusations were usually presented without any proof, but a great deal of foul language.    In early March,171 SP deputies voted for Riaboshapka’s dismissal, with a further 44 from the pro-Russian Opposition Platform for Life.  During his address to the Verkhovna Rada, Riaboshapka spoke of open lies against him and said that he did not care about “Buzhansky’s opinion”, and that the letter he had received from slain Kherson activist Kateryna Handziuk’s father, Viktor Handziuk, was a much better assessment.  “I did not become anybody’s servant.  I was and am independent”.

Riaboshapka’s dismissal was viewed with dismay by very many civic activists, as well as by Ukraine’s western partners.

Positive reports about the Prosecutor General came only after Riaboshapka was replaced by Iryna Venediktova, whom Velychko calls a supporter of Andriy Portnov.  The latter is a former adviser to ex-President Viktor Yanukovych and First Deputy Head of his Presidential Administration.  He made a very public return to Ukraine on the eve of Zelensky’s inauguration and is believed to have been behind many of the criminal investigations against former President Petro Poroshenko, that are seriously damaging Zelensky’s and Ukraine’s reputation.

Where Riaboshapka received 80% negative comments, with all others – neutral, the majority of posts about Venediktova are neutral, with a considerable number – positive and very few negative.

Oleksiy Honcharuk, first Prime Minister after the 2019 parliamentary elections, received around the same treatment as Riaboshapka. According to the monitoring, criticism of him began immediately after his appointment with the abuse used often extremely offensive and focusing, for example, on assertions about his sexual orientation.  Only one post out of 100 presented him in a positive light.

Velychko seems in no doubt that this vicious campaign against Honcharuk played a direct role in the fact that, on 4 March 2020, after a few months an incredible 240 out of the 246 SP deputies voted for his dismissal.

The same Telegram channels have also found nothing at all positive to say about the head of the National Anti-Corruption Bureau [NABU], Artem Sytnyk, whom they regularly present as corrupt.  They regularly call for his dismissal also.

That this is not just random criticism of people in power is seen by the entirely different approach by all the channels, including the two who may be Russian-based, to Arsen Avakov, Interior Minister.  76% of the posts are neutral, with an equal percentage of positive and negative posts.  The 12% of negative posts were published by ‘Dark Knight’, with all the other channels calling Avakov, for example, an “effective enforcement person”, a “tough leader” with “strategic abilities”.

Both the channels whom Velychko believes are administered from Russia (Legitimniy and Resident) claim that “Avakov demonstrates maximum effectiveness against the background of an unprofessional government”.  Velychko notes that President Zelensky repeated this position when, asked by SP deputies why he didn’t dismiss Avakov, he answered that he was “one of the most effective government officials”.  The head of the profile Verkhovna Rada committee, Denis Monastyrsky, SP deputy, is also in no hurry to consider a call for Avakov’s dismissal, dating back to 11 June.  He also asserted that Avakov’s ministry is “one of the strongest ministries”.

Avakov is a record-breaker in having retained his post throughout Poroshenko’s presidency and since, although the view expressed by the top-5 Telegram channels and, seemingly, Zelensky and many members of his party, is certainly not shared by all, and there have been major civic protests demanding his dismissal.

Two days after the study was published, Velychko reported on her Facebook page that she coming under attack from the Telegram channels.  She says that it took Resident and Legitimniy almost 24 hours to react, and suggests that this is not surprising since their methods have to be agreed with the Russian FSB management. Unlike those channels, Buzhansky reacted within a couple of hours.  There was, however, an interesting contrast.  While Buzhansky seemed unperturbed by her conclusions that the channels are pro-Russian, Resident and Legitimniy, once they did respond, each published four posts “in which, with the help of made-up fakes, they tried to convince the readers that they are not administered in the Russian Federation.”   She suggests that the denials were akin to those of a man caught by his wife in bed with another woman who tries to claim the two were just doing a crossword.

As mentioned, there is no direct proof, nor is it ever easy to prove beyond doubt that particular posts or material caused a specific development.  That said, the findings are, at very least worrying, and warrant serious attention.