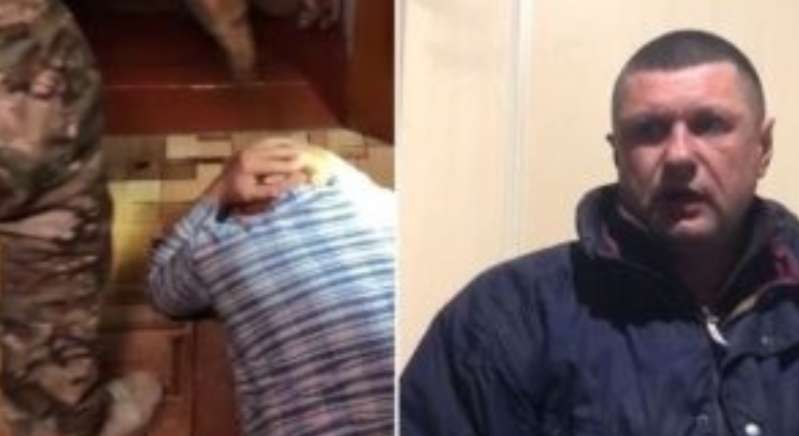 A Russian-controlled court in occupied Crimea has sentenced 55-year-old Nariman Mezhmedinov to eight years’ imprisonment for supposed involvement in a totally legal Ukrainian formation which Russia claims is “acting against the interests of the Russian Federation”.  Since the ‘trial’ was behind closed doors, and Mezhmedinov’s family have not wanted to talk with Crimean Solidarity activists, it seems likely that Mezhmedimenov was either tortured into agreeing to ‘confess’, or threatened with an even longer sentence if he refused.

Whatever Mezhmedinov’s plea, it is reasonable to consider him a political prisoner, as the Crimean Tatar was charged with being a member of the Noman Çelebicihan (or Asker) Battalion, which is legal in Ukraine and, despite the name, not an armed formation.  Russia has banned it, and systematically tries to demonize it, including through arrests of Crimean Tatars who, according to its founder, Crimean Tatar businessman Lenur Islyamov,  do not have any involvement in the battalion. In the majority of cases, these arrests and ‘trials’ have been chillingly anonymous, with little known about the victims.  The FSB, in reporting them, often does not even give the person’s name.  The prosecutions are clearly aimed at propaganda, with the Russian and Russian-controlled media on 17 February 2020 reporting the latest arrest of a victim with the headline: “The FSB in Crimea have detained a Ukrainian national battalion fighter”  In a video obviously circulated by the FSB, men in full military gear can be seen bursting into Mezhmedinov’s home.  The man forced to the ground is evidently not young, and is later shown signing one of the documents at a table next to several packages clearly containing his medication.

There was an ominous delay in reporting the arrest which took place on 3 February 2020.  Such a delay makes it easy for the FSB to keep him without an independent lawyer and put pressure on him to ‘confess’ to any charges.

The FSB claim that the detained man “is suspected of taking part in the activities of an unlawful armed formation [UAF], acting on the territory of a foreign country for purposes which are against the interests of the Russian Federation”. They assert that he left for mainland Ukraine in the summer of 2016 and joined the battalion. He is supposed to have subsequently returned to Crimea but claim that “having the real possibility of voluntarily ending his participation in the UAF, he did not turn to the law enforcement bodies with a statement to this effect, and thus continued his criminal participation in the battalion”.  It appears that, even according to the FSB version, it is not denied that, as the 55-year-old said on the original tape,  Mezhmedinov was living peacefully in occupied Crimea with his elderly mother.

It only became clear in reports on 22 July that Mezhmedinov’s ‘trial’ had already taken place, with the charges (as in all such cases) under Article 208 § 2 of Russia’s criminal code. It seems that the case material was sent to the Chornomorsky District Court in April 2020, with a ‘judge’ from this court sentencing him to eight years’ imprisonment on 20 June.