Kremlin hostage: From mock executions to torture through solitary confinement 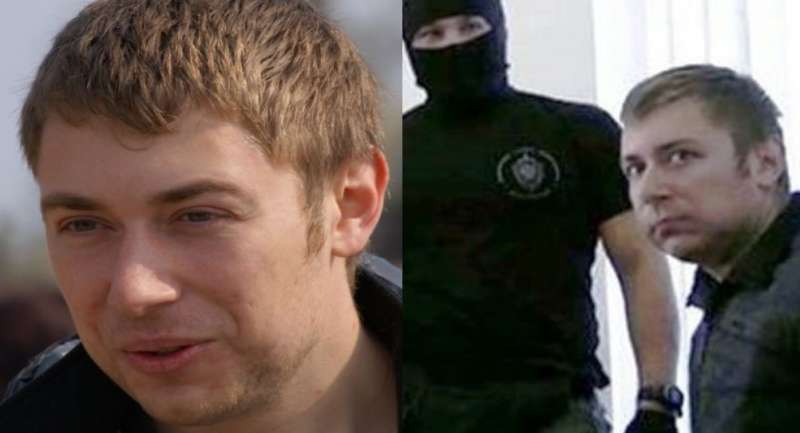 Russia has already stolen almost six years of Valentin Vyhivsky’s life and there is little movement on an exchange to give the Ukrainian political prisoner some hope as he turns 37 on 3 August.  After holding Vyhivsky incommunicado for eight months and using savage ‘methods of persuasion’ to force him to admit to spying charges, Russia has kept him in near solitary confinement ever since, with the measures imposed in recent months because of the pandemic likely to have left him even more isolated.

There is little new to say about Vyhivsky’s plight.  Even after Russia finally admitted to holding Vyhivsky, it used the spying charges as a pretext for imposing total secrecy over the case.  To this day, his family do not know exactly what he was charged with, although the charges are known to have been suspiciously fluid. It is also evident that Russia is deliberately preventing the Ukrainian from having contact with other prisoners, although it remains unclear why.

Russia’s political trials of Ukrainians began almost immediately after its invasion and annexation of Crimea, with most of the victims, like Ukrainian filmmaker Oleg Sentsov and Crimean Tatar Mejlis leader Akhtem Chiygoz seized in Crimea. A smaller number were seized while in Russia – or abducted.  In July 2014, Alexander Bastrykin, head of Russia’s ‘Investigative Committee’ promised that Russia would “come and get all those” Ukrainians it claimed were guilty of ‘crimes’.  He asserted that this was what other countries do, and “the right history gives us to carry out a criminal investigation.”  Not one of the Ukrainian politicians whom Bastrykin named has been touched, with Russia, instead, exerting its purported ‘historic right’ by abducting and imprisoning Ukrainians on preposterous political charges or for mysterious ‘spying’.

Vyhivsky has been fascinated with aviation since childhood and is a graduate of the Electronics Faculty of Kyiv Polytech.  With a small son to take care of, he worked for a living in retail, while spending a great deal of his free time on the Internet chatting with other aviation enthusiasts, many of whom were in Russia. He had been active in Euromaidan and was therefore at risk in Crimea under Russian occupation, and he appears to have been tricked into going there by one of his Internet ‘friends’.  In September 2014, she asked Vyhivsky for help with money, supposedly for her grandfather’s cancer treatment.  He managed to raise the money and agreed to meet her in occupied Crimea because she said that as an employee of the Russian defence ministry, she could not visit Kyiv.  Vyhivsky became one of at least three Ukrainians to have been abducted after making similar arrangements, and it seems likely that the woman was cooperating with the FSB, possibly having been threatened with spying or treason charges if she didn’t.

He was sentenced on 15 December, 2015 to 11 years’ imprisonment.  Even after the eight months of total isolation and secrecy, Vyhivsky was only able to see the Ukrainian consul and mother and wife in the presence of two guards who immediately stopped them if they talked about anything but the most innocuous subjects. It was only after his mother’s visit in early 2018, when he was already serving the sentence, that she learned more about what he had originally called the “methods of persuasion” used – i.e. two mock executions in a forest; beatings and other torture methods used to extract his ‘confession’.  It is possible that this was the reason why, since then, punishment after punishment on fictitious grounds have been imposed as a pretext for holding him in punishment cells.  This allows the prison authorities to isolate him in solitary confinement and to severely curb his contact with his family.  The latter are also aware of letters that he has not received, and the prison authorities have even prevented him from receiving technical magazines from home.  He is held in an information vacuum, hearing only occasionally a radio in the corridor, which either broadcasts music or propaganda. Contact for Vyhivsky, as for all Ukrainian political prisoners held in occupied Crimea or Russia, has been even further curtailed by the quarantine measures linked with the coronavirus pandemic.

As reported earlier, Valentin is the second political prisoner in the Vyhivsky family.  In 1951, his grandfather, Stepan Vyhivsky, a WWII veteran, was sentenced to 25 years under the notorious Article 54 (‘counter-revolutionary activities’ , ‘treason’).  He was imprisoned in Vyatlag, one of the labour camps of the Soviet GULAG, also in the Kirov oblast, around 200-300 kilometres from where his grandson is now serving an equally political sentence.  Stepan Vyhivsky was released in 1955, after Stalin’s death and the mass release of political prisoners. His grandson has now spent even longer imprisoned in modern Russia on politically-motivated charges.