Russia’s brutality against Crimean Tatar political prisoners and their families knows no limits, not even death 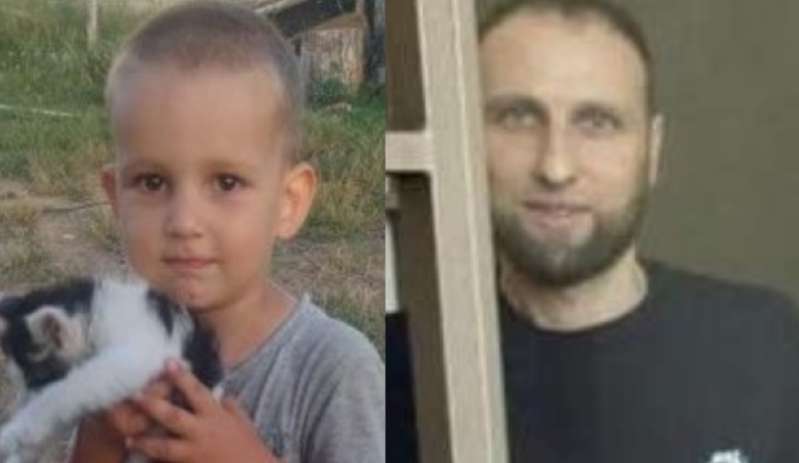 Thousands of Crimeans came on 27 July to bid farewell to Musa Suleymanov, the three-year-old son of Crimean Tatar civic journalist and political prisoner, Ruslan Suleymanov.  As feared, Russia refused to allow Ruslan to bury his son, although he has not been convicted of any crime and is imprisoned essentially for his views and for his work in reporting rights abuses under occupation.  It has long been clear, including in the case of Ruslan and his brother Eskender Suleymanov, that Russia fights entire families, but its brutality  towards Musa’s bereaved parents, brother and sister and elderly grandparents are a new low.

Musa’s body was laid in its final resting place by his grandfather Server Suleymanov, together with former political prisoner Ferat Saifullaev.  There are no other adult men in the family since Russia took Musa’s father and uncle away.

Bint Ummah, who was present at the funeral, wrote “Over six years of repression; sentences; arrests; fines; they took from us our friends; brothers; fathers and sons and threw them into prison.

We greeted their new-born infants, who arrived in the world after their [fathers’] arrest.

We bid farewell to their elderly parents who did not live to see their sons freed.

For the first time, however, through all those years, we have lost the child of a prisoner of conscience.  OUR child. “

She believes that Musa’s death has “reminded the entire world of the tragedy with which we have been living for so many years. So that those who did not know, or did not wish to know about the hundreds of children of political prisoners learned about them, about the dozens of Crimean Tatar Muslims, arrested in Crimea for their beliefs and views, and some of whom have already been sentenced to long periods. Those who did not believe in unity and mutual help united in a shared misfortune and aim.  He reminded us that the children of political prisoners are OUR children!  And we must do all that we can so that their fathers finally return home.  We have been trying through peaceful means to struggle for justice and unity for six years, and you, beloved Musa, succeeded in that struggle in two days”.

Musa’s disappearance on Friday evening led to a huge search effort, with not only Crimean Tatars coming from all over the peninsula, and people in mainland Ukraine and throughout the world hoping and praying that the little lad would be found safe.

His death was a tragic accident, but one that would probably not have happened had Russia not arrested his father and uncle, leaving his mother bearing the huge burden of looking after three young children and two elderly parents in ill-health alone.  The responsibility for that in Ruslan Suleymanov’s case, and that of around 60 other political prisoners lies with Russia and those puppet prosecutors and judges carrying out its repression.

Not one of the political prisoners stands accused of any internationally recognized crime and there is no excuse for arresting them at all, and most certainly not for holding them in detention.

In June 2017, it was only through massive publicity that Russia finally allowed imprisoned Crimean Tatar Mejlis leader Akhtem Chiygoz to see his dying mother for TEN minutes.  He was, however, prevented from carrying out his filial duty and laying her to rest.

It was the international attention that Russia’s persecution of the Crimean Tatar leader attracted which made Moscow allow that pitifully brief meeting.  Zevri Abseitov was also in detention, on the same flawed charges as those brought about the Suleymanov brothers, when his mother, Nadzhiye died in May 2019, three years after her son was taken from her and from his four children.  He too was prevented from laying her to rest.

On 21 July 2020, around 250 Crimean Tatars took part in the funeral of Zaidin Bekhtemirov, who died weeks after his son, Vadim Bekhtemirov was seized in Russia’s latest armed searches and arrests. Vadim was not released for the funeral and was not even informed that his father had died until later.

100 Ukrainians are imprisoned on political or religious grounds in occupied Crimea and Russia.  Many are themselves in ill health, including at least three men whose very life is in danger.  180 children are growing up without their fathers, and many elderly parents fear that they will not live to see their sons again.