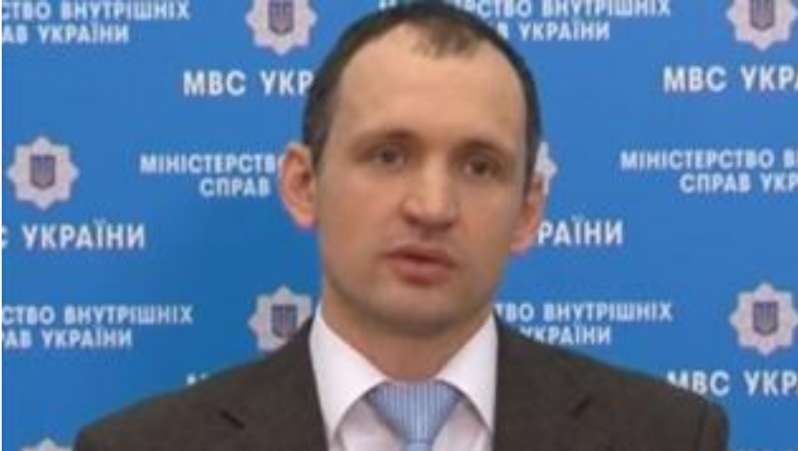 Maidan lawyers and civic organizations have reacted with outrage to Ukrainian President Volodymyr Zelensky’s appointment of Oleh Tatarov as Deputy Head of the Office of the President.  Tatarov was not only the Deputy Head of the Interior Ministry’s Central Investigative Department during the Euromaidan protests, but on at least one occasion openly lied about a shocking attack by Berkut officers on peaceful Maidan activists in January 2014.  This is an appallingly ill-considered decision and is understandably viewed as a spit in the face by many of those persecuted on Maidan and the families of those who were killed.

Tatarov has been employed within the police since 1999, and held the post of Deputy Head of the Interior Ministry’s Central Investigative Department for some time during the presidency of Viktor Yanukovych. He very clearly falls under the Law on Lustration for that post, however Zelensky has already changed the name of the Presidential Administration (to Office of the President) in order to bypass this law and enable his earlier appointment of Andriy Bohdan as Head of that ‘Office’ so it is no real surprise that this was not enough  to deter the new appointment.  The situation this time is, however, worse and it seems inconceivable that Zelensky and / or the Head of his Office of the President were not aware of the role Tatarov played during the Euromaidan protests when the police, and especially Berkut special forces, were actively deployed in violently suppressing peaceful protest.

He can be heard here, for example, claiming that Automaidan activists had attacked four buses carrying Berkut officers, tried to attack the officers and had used baseball bats against the vehicles.

During the night in question (Tatarov says 22 January 2014, however it was the early hours of the next morning) Berkut officers from Unit No. 1 beat up activists on Shors St and then took them to a police station, drawing up protocols of arrest.  Both Unit 1 and Unit 2 Berkut officers also detained other Automaidan activists on Krepostnoy Lane, using considerable force and damaging their cars.  On that occasion also, the activists were taken to a police station where protocols were drawn up, claiming that the activists were guilty of “hooliganism”.

This is not a question of which side of the story you believe.  There is sufficient proof for one of the ‘titushki’ or paid thugs involved to have already been convicted, and for other trials to be underway, including that of a former Berkut commander, Mykhailo Dobrovolsky.

As Yevhenia Zakrevska, a lawyer representing Maidan victims or their families, says Tatarov’s misrepresentation of the events was a deliberate attempt to justify the savage beating and torture of peaceful protesters and destruction of their cars.

This was by no means the only occasion when Tatarov justified inexcusable actions by the enforcement bodies.  He claimed, for example, that the attempted Berkut storming of Maidan during the night from 10 – 11 December 2013 had merely been an attempt to clear the area, and that it had been by night so as not to obstruct transport.  He denied that any force had been applied, though that too is in variance with all other accounts of the events.

Tatarov was also the authorities’ public voice regarding the horrific attack on journalist and Maidan activist Tetyana Chornovol.  He suggested that her behaviour in not handing over the video footage that exposed her assailants could lead to her prosecution and generally suggesting that this could have been provocation organized by Chornovol herself.

On 31 January 2014, Tatarov came up with all kinds of supposed reasons why the first three men actually killed by gunfire – Serhiy Nihoyan; Mikhail Zhyznevsky and Roman Senyk – could not have been killed by the enforcement officers.

These are probably only a small number of more occasions where Tatarov tried to distort the truth about the enforcement bodies’ treatment of Maidan activists or to discredit the latter.

It is quite possible that Tatarov was given orders to try to whitewash Berkut and the regime’s enforcement bodies in general.  That is no excuse for his having obeyed them, and would be a very disturbing argument for why he is viewed as an appropriate deputy head of the Office of the President appointed to be responsible for law enforcement issues.  The report states that Tatarov’s duties will include “formation of state policy in the field of law enforcement; expert-analytical back up for the work of the Office of the President; ensuring guarantees of the state’s national security in the field of law enforcement; countering corruption and defence of human rights”.

There are, to put it bluntly, no grounds for entrusting such tasks to a person implicated in crimes against peaceful Maidan activists.

While a lawyer is entitled to defend whomever he chooses, it is also a little unnerving that Tatarov’s activities over more recent times should have included representing very notorious pro-Russian politicians, such as Vadim Novinsky and Andriy Portnov.  The latter held essentially the same post that Tatarov has now been appointed to under Yanukovych and only returned to Ukraine on the eve of Zelensky’s inauguration.  Since then, he seems to have enjoyed considerable influence on the State Bureau of Investigations and on others holding prominent positions in the enforcement bodies.  He has certainly played a major role in getting many criminal proceedings against former President Petro Poroshenko initiated, and is also one of the most active figures in the current campaign to discredit Euromaidan and to at least suggest that its victims should be treated as perpetrators.

An open appeal, endorsed by a large number of prominent Ukrainian human rights, media and other civic organizations, is calling on Zelensky to revoke this disastrous appointment.  They ask him to ensure that no further appointments to high political posts occur of people who have justified and tried to protect the perpetrators of mass crimes and human rights violations and whose leading posts in the enforcement bodies under Yanukovych mean that they epitomize that authoritarian regime.