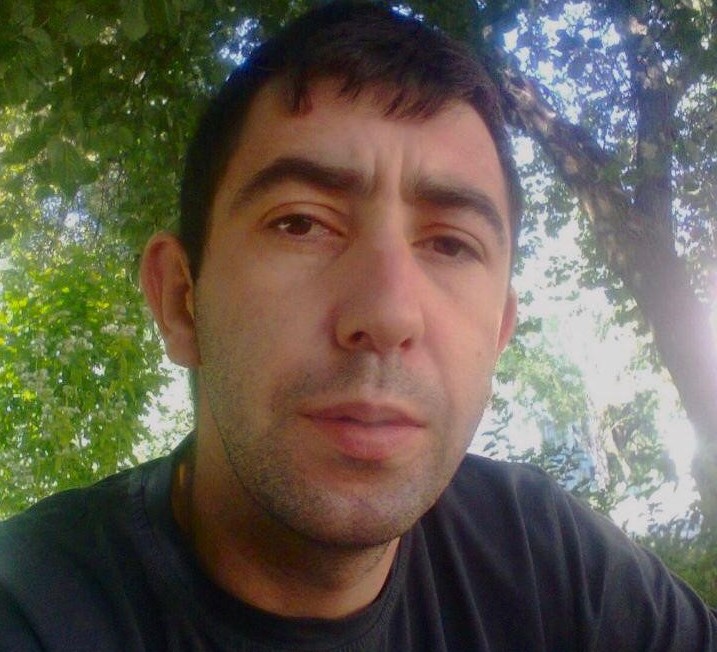 Russia’s FSB is clearly hoping to convince people, at least in occupied Crimea and Russia, that there is a dangerous fifth column of Crimean Tatars in Crimea “working against Russia’s interests”, but being thwarted in this by the vigilant FSB.  This would explain both the ever-mounting number of men seized on charges of involvement in the Noman Çelebicihan (or Asker) Battalion, which, despite the name and Russia’s assertion, is not an armed formation and the fact that in the majority of cases virtually nothing is known about the men seized.

It is easy to see why the FSB prefer anonymous victims.  27-year-old Medzhit Ablyamitov, the latest Crimean Tatar to be accused of involvement, while in mainland Ukraine, in the Noman Çelebicihan Battalion, is a hard-working young man who is clearly concentrated on giving maximum support and help to his mother who has stage IV (metastatic) cancer.  Asiye Ablyamitova needs all her strength for a gruelling course of chemotherapy, but  is obviously distraught and can only think about her son, arrested on 19 August and remanded in custody the following day by the Russian-controlled Kievsky District Court in Simferopol.

The Russian reports, and the ‘court’, cited the FSB, whose initial report did not mention Ablyamitov’s name. He is said to be accused of the supposed crime envisaged by Article 208 § 2 of Russia’s criminal code (taking part in the activities on Ukrainian territory of an armed formation, not envisaged by the legislation of that country and acting for purposes which are against the interests of the Russian Federation”.

Ablyamitov is claimed to have been trained how to use firearms, and that his duties involved guarding the Battalion, helping the Ukrainian Border Guard in joint patrolling of the buffer zone (around the administrative border between mainland Ukraine and Crimea) and checking individuals and vehicles at the checkpoints.  It is further asserted that, after returning to Crimea, Ablyamitov maintained contact with members of the Battalion and “did not report his voluntary cessation of participation in an illegal armed formation”. The reports say that he faces a sentence of up to 15 years.

The founder of the Battalion, Lenur Islyamov, has said that he does not know Ablyamitov and that there was never such a person in the Battalion. Even if this were not the case, Russia has no right to prosecute or imprison somebody for activities on Ukrainian territory.  The claim that the Battalion is illegal in Ukraine is false.  It has not been formally registered, and has not been given official status, but it is not at all illegal.

If you remove misleading terms like ‘illegal armed formation’, the description of the impugned activities is actually close to the activities of the battalion which the Russian occupiers certainly did not like, but which were not illegal.

These cases are frightening swift, with the men usually having state-appointed lawyers who are most often there to sign papers and encourage the men arrested to not dispute the charges in the hope of getting a shorter sentence.

55-year-old Nariman Mezhmedinov was arrested on identical charges at the beginning of February 2020,  Although only reported on 22 July, he was sentenced on 20 June, by a ‘judge’ from the Chornomorsky District Court to eight years’ imprisonment.   Since the ‘trial’ was behind closed doors, and Mezhmedinov’s family have not wanted to talk with Crimean Solidarity activists, it seems likely that Mezhmedimenov was either tortured into agreeing to ‘confess’, or threatened with an even longer sentence if he refused.

Prior to Mezhmedinov’s ‘trial’, Russia has already sentenced at least three Crimean Tatars on these charges and had brought a number of similar charges against other Crimean Tatars in absentia.

On 25 January 2019, Fevzi Sahandzhy was sentenced to 10.5 years despite the young man’s allegations of torture and the same fatally flawed charges.  On 14 May 2019, a panel of ‘judges’, led by Oleg Lebed, from the Russian-controlled Crimean High Court confirmed the sentence,  The Russian and Russian-controlled media reported Sahandzhy’s arrest (or at least the arrest of a 24-year-old Crimean Tatar) in March 2018.  He asserts that he was seized by FSB officers in October 2017 and that they had forced him, under torture, to sign various documents.  The flawed nature of this prosecution is made all the more disturbing by the fact that there are no photographs of Sahandzhy himself.