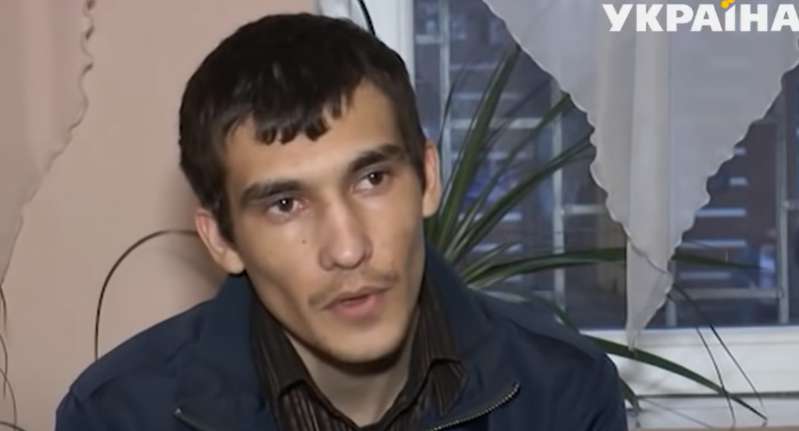 Four years after the arrest of a young Roma man was used as a pretext for forcing Roma families to flee Loshchynivka in the Odesa oblast, there seem more and more grounds for doubting that Mykhailo Chebotar had anything to do with the murder of eight-year-old Angelina. In turn, suspicion that evidence against the young man had been falsified and that he is being used as a scapegoat has been fuelled by the inexplicable refusal of the court to order a DNA test from the little girl’s stepfather.

There was every justification for the defence’s application first in November 2019, then in April 2020 for a  DNA test to be carried out.  Even without certain grounds for suspecting that the DNA evidence incriminating Chebotar was faked, there is also the fact that two expert assessments found biological traces of a “third, unidentified individual”.  With the prosecution having made no effort to identify this individual, journalists from TV Ukraina carried out their own investigation and found that the traces in question seemed to match the DNA of Angelina’s stepfather.

Such findings by journalists, and not forensic experts, can obviously not be used in a court of law.  They do, nonetheless, suggest that a proper test is appropriate, yet the prosecutor in the case, Svitlana Kolohreva objected and the court on 15 April rejected the application.

Angelina’s body was found early on 27 August 2016. Her mother had apparently discovered her daughter was missing when she returned from work during the night, at 3 a.m.  She says they began searching, but did not inform the police.

Chebotar was arrested soon after the body was found.  Although this was supposedly because his cap was found in Angelina’s house, and this led police sniffer dogs to his home, witnesses, and Chebotar himself in an interview to the journalists, have drawn this version in question.  The believed murder weapon – a screwdriver – was found in Chebotar’s home, and taken away, together with clothing.  He was immediately taken into custody and has been in detention ever since.

Tetyana Gerasimova, from the Centre for Legal Monitoring, has been following the trial and quotes the Centre for Civil Liberties who reported back in March 2017 that the defence call the case “a classic example” of inquisition-style proceedings, with the investigation one-sided and incomplete, and torture used to beat out testimony. The investigators have consistently refused to examine evidence suggesting the involvement of another person in the crime.  This is despite Chebotar, who has always denied the charges against him, having an alibi for the estimated time of death (unlike Angelina’s stepfather who dropped into the house during that time and, according to Chebotar stayed there for some time, arriving at the café in different clothes).

The human rights group believed that there “is every reason to believe that the investigators have already designated a scapegoat, being guided solely by the ethnic origin of the accused man, instead of carrying out all the necessary activities to establish the little girl’s killer”

Although Chebotar is himself from Loshchynivka, the fact that he is from a Roma family was used as justification for appalling anti-Roma riots which the police effectively stood back and watched.  The reaction of the local authorities was perhaps even more shocking.  Instead of taking proper measures to protect Roma families, the Mayor of the Loshchynivka Village Council Viktor Paskalov signed a ‘decision’ which supposedly spelled out residents’ demands that the Roma leave Loshchynivka. At least seven families whose homes had been destroyed by the rioters were then ‘escorted’ out of Loshchynivka, and have not returned.

Whether the anti-Roma slant to the events following Chebotar’s arrest made the  investigators loath to turn around and suggest that Chebotar might be innocent, or for other reasons, there was, at best, unwillingness to consider any other possible suspects.  The defence’s requests for certain investigative activities were turned down.  These included a meeting between the stepfather, Oleksandr Matyash, and Chebotar, who had been together through the evening and well into the night) and for the stepfather’s phone calls and text messages that night to be scrutinized.

The prosecution has effectively ignored the findings of a forensic medical expert with respect to the likely time of the crime.  If Angelina was, as the forensic expert says, killed between 23.00 and 01.30, then Chebotar has an alibi. He had been with Matyash earlier, celebrating the birthday of the latter’s brother’s girlfriend, and at the time in question was either heading with Matyash, to the Fortuna Bar, or was with others as well.  While walking only with Matyash, they dropped into the house to check on the children.  Chebotar has yet to be questioned in court, but in the interview he gave the television journalists from remand prison [SIZO], he asserts that both men walked into the house.  Angelina’s little brother was fast asleep, but the little girl was not in her bed and, according to Chebotar, Matyash (who had already been first at a bar, then at his brother’s place, celebrating the latter’s girlfriend’s birthday) began shouting.  Chebotar asserts that, when Angelina came out of the toilet, Matyash hit her and she fell, hitting her head.  He says that he tried to stop Matyash and hit him, with Matyash hitting him back, after which he walked out.  He assumes that it was during the scuffle with Matyash that he lost his cap.  Chebotar asserts that he went off to the bar alone and that Matyash arrived 20-25 minutes later, having changed his clothes.  He claimed to have fallen and to have needed to go back to change.  According to Chebotar, Matyash had earlier borrowed some screwdrivers from him, and he suddenly pulled them out of his pocket and gave them to Chebotar.

There is essentially ample evidence to back Chebotar’s alibi until 2 a.m. at the earliest, with the prosecution in fact asserting that he did so between 2.30 and 3 a.m..

During very aggressive questioning of the forensic medical expert who gave the latest time for the little girl’s death to be 1.30,  the prosecutor managed to get him to accept a possible extension of the time limit to 2.00, but not to 2.30.  Prosecutor Kolohreba also asserted to the journalists that there is simply no way of fixing the time of death, although this was disputed during the film by a former investigator, Ruslan Sushko and would surely be disputed by very many forensic experts.

Gerasimova is also sceptical about the prosecution’s claim that Chebotar, whose path home does not lead past where the little girl lived, got there, committed the crime and hid the body all within the space of half an hour.

The supposedly incriminating DNA evidence, linking Chebotar to the crime, may have been faked  It would be difficult otherwise to explain how the hand swab taken from the suspect contained only the murder victim’s DNA, and not his.

There are also a number of alleles (variant forms of a given gene) found which did not belong to either the murdered girl, or to the defendant, with this found in two analyses.   As mentioned, this was where the television journalists stepped in and obtained (with Matyash’s consent) a sample of his DNA.  While perhaps unclear why Matyash would give something potentially incriminating, it could have also seemed difficult to refuse.  The results surely indicated that a formal test was warranted.

As reported, in October 2019, two witnesses gave testimony that contradicted the prosecution’s version and raised serious doubts about the ‘investigators’’ wish to find the real killer.  Two brothers – Armen Muntyan and Rustam Churar - who were present during the evening in question gave testimony, officially as witnesses for the prosecution.  Prosecutor Kolohreva has repeatedly asserted that she had tried in vain to find the two brothers, however the defence managed to contact the two, one of whom lives in Loshchynivka, the other in a neighbouring village. Both men worked with Chebotar, and had spent the evening, after payday, drinking with him, Matyash and the others.

They also stated that they had received calls from Matyash shortly after Angelina’s body was found, asking them to come.  The police were there when they arrived, with Matyash initially under suspicion and taken away for questioning.  Then a cap was found in Matyash’s home which led sniffer dogs to Chebotar’s home nearby.  After a search was carried out of Chebotar’s home, he was taken to the village council, together with the brothers.  In court, they testified that they had been shouted at by the police who demanded that they say that Chebotar had killed the little girl and that the cap was his.  They defended Chebotar then and in court, saying that they did not believe he was guilty.  They also assert that the police beat them. Several days after the murder, Churar asserted in an interview to a television channel that he believed Angelina had been killed by her stepfather.  Churar knew both Chebotar and the Matyash family well, and was often at their homes.  He asserted in court that both Angelina’s mother and her stepfather had often beaten the child and that she had often wandered around the village hungry, and that Loshchynivka residents knew this.  He added that Chebotar had looked after the little girl as her mother and stepfather were at work all the time.

The trial is coming to an end, but as Gerasimova says, “there are more doubts, than evidence”, with the refusal to obtain vital DNA evidence only heightening fears of a miscarriage of justice.