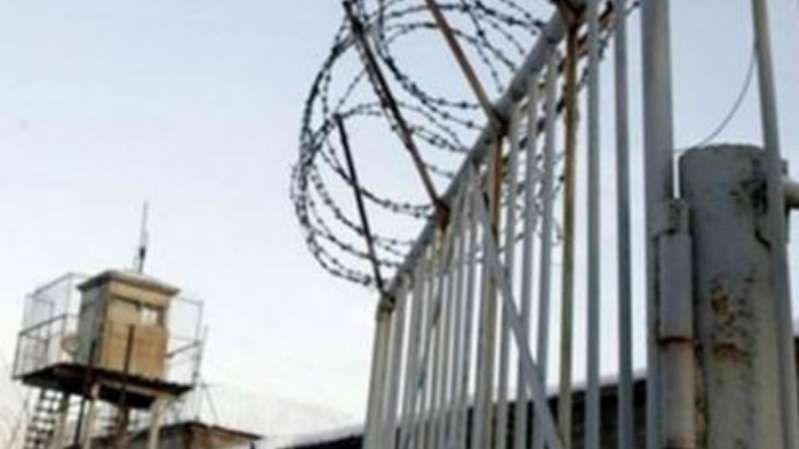 Serhiy Movchan was well into a 2-year prison sentence in the Luhansk oblast when Russian-armed and controlled militants seized control in early 2014.  He has been held in prison ever since with the so-called ‘Luhansk people’s republic’ pretending to retry him under what they call their legislation.  The resulting 15-year ‘sentence’ was almost certainly linked with the wish to plunder Movchan’s possessions or about revenge when he called in lawyers and formerly passed ownership of the property to his parents.  Movchan’s case is unlikely to be isolated, however a journalist investigation, carried out by Dmytro Durnev, suggests that even convicted prisoners, serving long sentences, are still desperate to be moved to government-controlled Ukraine.

There were thousands of prisoners in 2014 serving sentences on territory seized by the Russian armed, manned and financed militants in 2014.  Although even Russia, which wields total control, has not formally recognized the so-called ‘Luhansk and Donetsk people’s republics’ [LPR, DPR], both of the formations have produced their own ‘legislation’ which lack all of the vital components of a law-based justice system.  The supposed ‘laws’ are used not only to ‘sentence’ people for pro-Ukrainian views to huge terms of imprisonment, but also against prisoners who had already been convicted of crimes by real courts before the war. It seems clear that if ‘judges’ are willing to sentence civilians to 14 or 15 years for pro-Ukrainian posts on social media, they cannot be trusted to follow the principles of a justice system even in apparently non-political cases.  In fact, Roman Sahaidak, one of the hostages, ‘sentenced’ by an ‘LPR court’ to 13 years’ imprisonment, was almost certainly seized because his dodgy business partner, whom he had refused to sell his part of the business to, had friends among the militants.

The plight of Serhiy Movchan became known thanks to a former hostage, Tetyana Horbulych, who was released as part of the December 2019 exchange.  She met and spoke with Movchan while they were both being transported to ‘court hearings’ earlier in 2019.   The 39-year-old Movchan, who is from Luhansk, was sentenced in 2012 to two years’ imprisonment for not having informed the enforcement bodies about a grave crime (murder).  Then, in 2014, the Luhansk militants took over and Movchan received a new ‘sentence’, under ‘LPR law’, of 15 years.  From what Horbulych has been told, the reason was almost certainly Movchan’s business and car, and attempts to take these from him.  Movchan resisted and, via his lawyer, managed to get the property transferred to his parents.  Copies are provided of the relevant pages of the 2013 ruling and of that from June 2019, claiming, under a very Soviet-looking symbol, to be a ‘sentence in the name of the Luhansk people’s republic’.

Durnev writes that there are thousands of such cases in ‘LPR’/’DPR’, with prisoners spending their time in prison applying to all possible bodies for reduction in their ‘sentences’ and for transfer to government-controlled Ukraine.

In 2014, 13 corrective colonies ended up under the control of ‘DPR’, as well as the largest SIZO [pre-trial detention unit] in the Donetsk oblast.  According to the former deputy head of a colony in Horlivka, Ruslan Belenko, there were around 500 prisoners in each of these colonies, and around 2,5 thousand in the SIZO.  Durnev also spoke with a person close to the ‘DPR enforcement bodies’, as of 2020 they are still holding 5,800 prisoners.

From 2015 to 2019, some progress was made, with just over 200 prisoners from ‘DPR’ and slightly less than 400 from ‘LPR’ transferred to government-controlled Ukraine.  There has been no movement at all for over a year.

Prisoners are desperate for such a transfer even if they would still have no hope of being released from prison.  The conditions  in occupied Donbas are appalling, and, since it was customary for people from the neighbouring Sumy and Chernihiv oblasts to be sent to serve sentences in areas that are now under the control of the militants, the prisoners often have no family on their side of the demarcation line.  Since the pandemic began, the situation has become especially bad, with no possibility of receiving parcels (with food, etc.) at all. There is also a network of NGOs in government-controlled Ukraine who provide support and, often, legal consultation.  In occupied Donbas, they are essentially on their own.