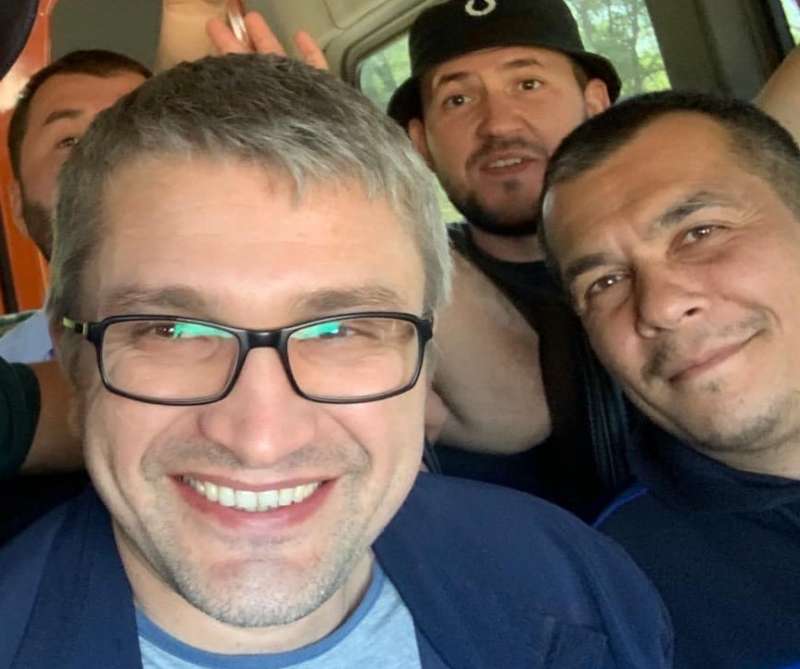 Nariman Memedeminov was released on 21 September from the Russian prison colony where he had been forced to serve out a politically motivated sentence.  The Crimean Tatar civic journalist has said that he may continue covering the political persecution of Crimean Tatars once he is back in Crimea.  Although no restrictions have been imposed on his public activities, any such journalist activities in occupied Crimea carry enormous risks. Memedeminov is one of over ten civic journalists who have been imprisoned on fabricated charges, with almost all of the others either sentenced to or facing horrifically long sentences.

Memedeminov told Krym.Realii that he still considers himself a civic journalist, but that it would be clear how possible it is to continue such work only after he is back in Crimea.  He is, however, certain that the politically motivated arrests and trials are continuing, and pointed out that it is not just their view that the prosecutions are political, but that of the international community.  According to human rights lawyer, Edem Semedlyaev, an application to the European Court of Human Rights over Memedeminov’s imprisonment is already being prepared.

Memedeminov was one of the first Ukrainians in occupied Crimea to react to the mounting persecution on the one hand, and the crushing of all independent media, on the other, by himself becoming involved in civic journalism.  He played a particularly vital role in covering political trials, and fairly soon began facing harassment and absurd administrative prosecutions.

In 2016, a ‘search’ was carried out of his home, with the officers attempting to plant ‘prohibited literature’.  Fortunately, his wife noticed and the attempt failed.

In July 2017. Memedeminov was fined for reporting on a search underway at the home of Bakhchysarai civic activist Seidamet Mustafayev.  It was claimed that the civic journalist had been ‘taking part in an unauthorized meeting’.

Armed and masked men burst into Memedeminov’s home on 22 March 2018, used foul language and gratuitous force and forced Memedeminov to the floor in front of his three terrified children.  He was taken away and remained in detention from then on, although the charges against him pertained only to three YouTube video clips, two of which were from 2013, i.e. before Russia’s annexation of Crimea.

This was arrant nonsense.  In the video posted on 7 June 2013, Memedeminov pointed to a gathering of Hizb ut-Tahrir followers behind him, explaining the essentially theological aspects of Muslim faith that would be discussed.  Hizb ut-Tahrir is a peaceful pan-Islamist movement which is legal in Ukraine, and this meeting was, even Russia would not deny, taking place on Ukrainian territory. Russia has never provided any proper explanation for why its Supreme Court secretively declared an organization not known to have committed acts of terrorism anywhere in the world ‘terrorist’, but is using ‘terrorism’ charges for political trials and imprisonment, including in occupied Crimea.

During Russia’s trial of Memedeminov, the FSB effectively admitted that he had been arrested because he had tirelessly reported on cases of political repression under Russia’s occupation of Crimea.

He was sentenced by the South Caucuses Military Court on 2 October 2019 to two and a half years’ imprisonment and banned from running websites for two years.  This sentence was upheld on 14 May 2020 by Russia’s Military Court of Appeal (Moscow region)

Memedeminov was recognized as a political prisoner by the Memorial Human Rights Centre, as well as by a large number of international bodies, human rights and journalist NGOs.  His release was demanded, among others, by the European Parliament; the Committee to Protect Journalists and Freedom House.