“Blame the Russian Federation for my death”. Journalist Iryna Slavina driven to self-immolation 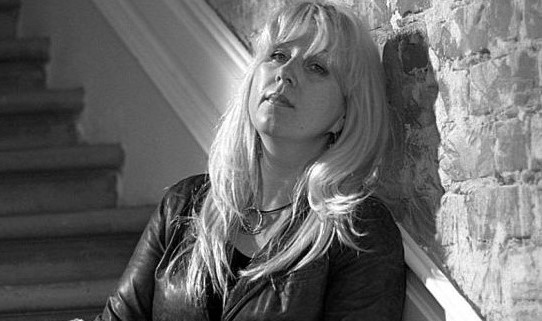 Iryna Slavina, chief editor of the independent website Koza.Press and target of numerous attempts to silence a courageously outspoken journalist and civic activist, set fire to herself outside the police headquarters in Nizhniy Novgorod on 2 October.  A young man tried desperately to save her, but she pushed him away, until the flames totally engulfed her.  Nobody from the police building came out, although they undoubtedly had fire extinguishers.

Earlier that day, Slavina, who was 47, with a husband and daughter, wrote on her Facebook page: “I ask that the Russian Federation be blamed for my death”.

On 1 October, enforcement officers had burst into her flat and those of six other people in Nizhniy Novgorod as part of a criminal investigation over alleged involvement by somebody else in the totally peaceful pro-democracy movement Open Russia, which the Russian authorities have designated ‘an undesirable organization’.  Mikhail Iosilevich, a businessman and the creator of the ‘Flying Spaghetti Monster Church’ is ‘suspected’ of having allowed Open Russia to use the ‘church’ as a venue for training election monitors and other events.  The investigation is under Article 284.1 of Russia’s criminal code and could get Iosilevich a sentence of anything from a draconian fine to up to six years’ imprisonment.   The fact that there do not appear to have been any Open Russia events in Nizhniy Novgorod makes the death of Iryna Slavina particularly poignant, while not in any way guaranteeing that Iosilevich will not be found guilty by a compliant Russian court.

Slavina and the others subjected to searches were not officially charged with anything, and supposedly had witness status.

This did not stop around 12 enforcement officers, with their official ‘witnesses’, turning up at Slavina’s home at 6 a.m. on 1 October.  Her husband had opened the door, and she was then forced to get dressed in front of a female stranger. The officers illegally prevented her from calling a lawyer to be present.  Slavina wrote that they “were looking for brochures; leaflets, Open Russia bills, perhaps an icon with the face of Mikhail Khodorkovsky” [the founder of Open Russia]. They didn’t find anything, but took away her laptop as well as that of her daughter, the computer, memory sticks and telephones, including her husband’s. They even took the notepads that she used during press conferences.  Slavina wrote that she had been stripped of her means of work.

A major search had thus been carried out of somebody who was not officially accused of any crime, in connection with a shocking criminal investigation into somebody whose ‘offence’, even if proven, would be merely that he gave a venue to Open Russia whose ‘undesirable’ status is based purely on the truth it tells about the regime in Russia and the NGO’s fostering of democratic initiatives.

Nor was this the first time that Slavina had faced harassment.  Her news website Koza.Press had been founded in 2015.  It had become popular, which probably annoyed the authorities, and prompted punitive measures that led Slavina in August 2019 to say that she was ready to sell the website as she didn’t have the money to develop it.

She was actively involved in pro-democracy protests and rallies in Nizhniy Novgorod, and was fined 20 thousand roubles in March 2019 for having supposedly organized a procession in memory of Boris Nemtsov, the fierce critic of Russian President Vladimir Putin who was assassinated near the Kremlin on 27 February 2015.  On 24 February 2019, Slavina had walked down a central street holding a portrait of Nemtsov, with several dozen people walking with her in order to leave flowers in remembrance of Nemtsov on Teatralna Square.  She insisted that this had not been a procession, since nobody had shouted any slogans, nor were there any banners, but this was ignored.

On 30 October 2019, she was fined 70 thousand roubles (the maximum possible fine) on a charge of ‘disrespect for the authorities’ (Article 20.1 § 3 of the Code of administrative offences).  The alleged ‘disrespect’ was over a Facebook post in angry reaction to the establishment in the city of a monument to Soviet dictator and mass murder Joseph Stalin.

She had also faced a smaller fine (5 thousand roubles) in July 2019 for having published information on Facebook about an Open Russia forum in April.

On 10 June this year, administrative proceedings were brought against the journalist under Article 13.15 § 9 for purportedly ‘circulating knowingly false information’.  This was over a brief report on the Koza.Press site, stating that the first coronavirus case had been identified in Kstov.  Russian officialdom and state media have been systematically concealing or distorting information about the pandemic, while using draconic measures like these to deter journalists and others away from reporting themselves.   Even if (and this is an ‘if’) the information had proven to be incorrect, the publication of it certainly did not warrant the half a million rouble fine that Slavina was facing.

Grani.ru, one of the few other independent websites in Russia reports other forms of harassment as well, including two occasions in 2017 when the wheels of Slavina’s car were slashed.

Grani write that Iryna had prepared video material for them, and that they had always admired her professionalism and civic courage.

We join them in mourning Iryna Slavina.