Putin’s law aims to educate ‘patriots of Russia’ and eliminate Ukrainian identity in occupied CrimeaCrimean children trained to want to fight for Russia and forget they’re UkrainianCrimean children taught that Russia didn’t invade Crimea and that Ukraine was an accidentChildren in occupied Crimea and Russia fed lies about the war in Donbas and anti-Ukrainian propagandaPreschool soldiers and children with rifles in occupied Crimea and RussiaThe First 150 Days of the Full-Scale War in Kharkiv and the Kharkiv RegionInvaders threaten to take children away if parents don’t send them to be indoctrinated ‘to love Russia’ Russia is waging a bloody war against Ukrainian childrenRussia threatens deportation from Kherson & Zaporizhzhia oblasts for pro-Ukraine views and for ‘discrediting’ the invaders Missing persons and enforced disappearances in the Kherson Region (24 February-24 June 2022)Former HR Ombudsman Lyudmyla Denisova on her dismissal, 4 years of work, Ukrainians in occupied areasRussia instals FSB man, other Russians to ‘govern’ occupied Kherson where the population hates themRussia removes last doctors after destroying Mariupol and causing humanitarian disaster Russia moves to eradicate Ukraine from schools in occupied Mariupol, Kherson and ZaporizhzhiaINCIDENTS IN KHARKIV AND THE KHARKIV REGION recorded by the KHPG during the first 120 days (24 February-23 June 2022) of Russia"s all-out war against UkraineECHR rules too late against Russia’s notorious ‘foreign agent’ law and hardly moves over violations in occupied Crimea ‘I was afraid that I won’t be killed at once but will be maimed’ – a resident of RubizhneTeachers in occupied Kherson refuse to collaborate with Russian occupiers Summary of the events that occurred in Kherson city and Kherson oblast during the 90 days of the full-scale Russian-Ukrainian war (February 24 – May 24 2022)Putin’s new Russian ‘citizenship’ decree demonstrates plans to annex much more Ukrainian territory
• Topics / Children’s rights
• Topics / Human Rights Abuses in Russian-occupied Crimea 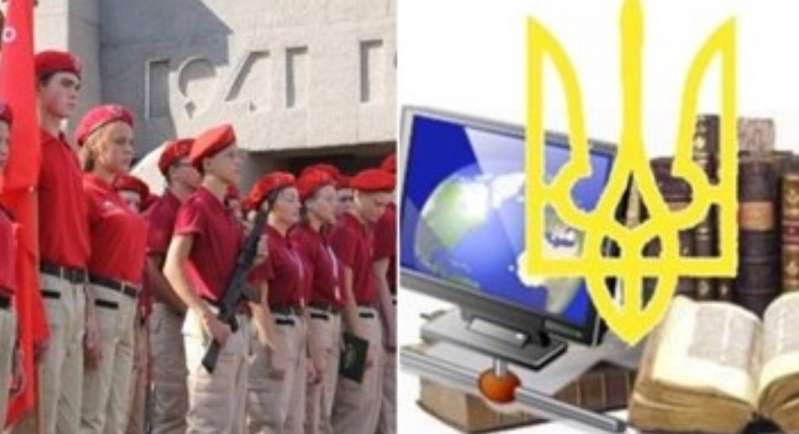 Human rights groups have called on Ukraine’s President Volodymyr Zelensky and the government to take urgent action over the Education Ministry’s refusal to implement vital measures aimed at enabling students from occupied territories to study in government-controlled Ukraine.

Russia is spending vast amounts of money and effort on indoctrinating children in occupied Crimea to believe in its narrative about ‘Russian’ Crimea and is doing everything to severe links with Ukraine.  The same, albeit on a smaller scale is true of Russia’s proxy Donbas ‘republics’ [the so-called ‘Donetsk and Luhansk people’s republics’].  While the removal of the Ukrainian language from schools in occupied territories is one of the key problems for students wanting to continue their education in Ukrainian universities, the constant disinformation and hate speech with regard to Ukraine that such students are subjected to also need to be countered.

In June, President Zelensky submitted Amendments to the Law on Higher Education, which were supported by a large majority in the Verkhovna Rada and were signed into force on 3 July. The amendments make it possible for students from occupied Crimea or Donbas to enter any higher education institute in Ukraine, and to receive free education and student grants for year-long preparatory courses.  Given the linguistic disadvantage that students from occupied territory will be under, as well as the impact of years of disinformation and propaganda, the importance of such courses cannot be overstated.

It is the risk now facing this vital stage for students that have prompted human rights groups to address an open appeal to President Zelensky; the Prime Minister Denys Shmyhal and the Chair of the Verkhovna Rada Education Committee, Serhiy Babak.  Now that the President and Verkhovna Rada have carried out their task in forming state policy on retaining links with young Ukrainians from occupied territory and ensuring their access to Ukrainian education, responsibility lies with the Government, and specifically the Ministry of Education to implement the law.

Unfortunately, the 2020 enrolment campaign to higher education institutes demonstrated that the legislative amendments would not achieve the intended result without timely information being provided to potential students and their parents.  The lack of such information meant that this year only one sixth of the envisaged quota for such university places were filled, with these mainly going to a very limited number of educational institutions where there were already educational centres from the previous year.

The new law only envisages preparatory courses from 2021, with the authors of the appeal stressing that such courses would not only provide preparation for studying according to the Ukrainian curriculum, but also facilitate adaptation to life away from the propaganda and pressure that the young people are subjected to in occupied Crimea and Donbas.  After almost seven years of occupation, this interim period would also help students overcome any concerns about not being accepted by their peers.

Any such courses need to be funded, yet the Education Ministry has failed to envisage any finances in the State Budget for 2021.  There is no funding for organizing and running an information campaign nor for running the government help line for students applying for places in higher institutes.

The total removal of such crucial programs is particularly shocking as the Ministry did envisage expenditure of 60.5 million UAH (0.16% of its budget) back in February 2020.  “This in practice means that the Education Ministry’s management are deliberately sabotaging implementation of provisions of the Law on Higher Education, and are depriving young people from occupied territory of the opportunity to prepare for studying and entering higher educational or vocational institutions on Ukrainian government-controlled territory”, the authors of the appeal write.  They warn that the direct consequence of the Ministry’s refusal to implement the amendments supported by both President and parliament is that young people on occupied territory will face further integration into Russia’s cultural and educational environment.

“The deliberate refusal to inform residents of occupied territory about the possibilities which Ukraine is providing for them and their children is short-sighted and, from the point of view of its consequences, criminal and damaging to the general state processes of reintegration and deoccupation.”

Since the Ministry of Education has refused to discuss its position with the civic organizations, they are asking President Zelensky, the Parliamentary Committee on Education and Prime Minister Shmyhal to ensure that the relevant funding is provided before the budget is finalized, and that the amendments initiated by the President and passed by the Rada do not just remain fine words on paper.

The list of signatories is long and includes the Ukrainian Helsinki Human Rights Union; the Crimean Human Rights Group; the Kharkiv Human Rights Protection Group and many others.  It is open for endorsement here.