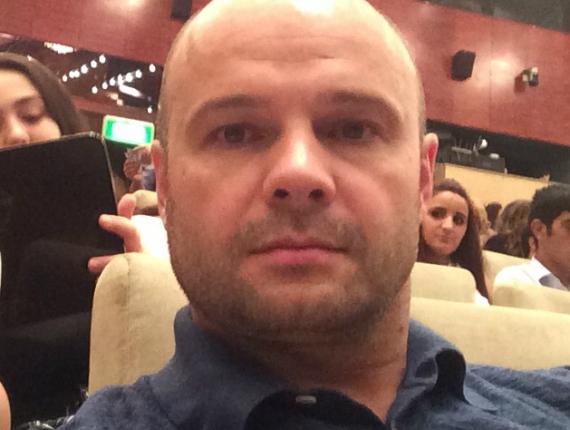 A Russian court has sentenced Oleksandr Marchenko to 10 years’ imprisonment, despite the evidently flawed nature of the charges against him and his consistent account of torture inflicted by Russian-controlled militants in eastern Ukraine before being abducted to Russia.  In reporting the verdict, Marchenko’s wife, Kateryna, that they had, of course, known that an acquittal was not to be expected,  but could not help hoping for some kind of miracle.

Acquittals in Russia’s political trials of Ukrainians are, indeed, virtually unheard of, especially in cases like this where there was flagrant collaboration between militants from the Russian proxy ‘Donetsk people’s republic’ [DPR] and Russia’s FSB.  There was no suggestion that the court was unaware of the circumstances by which Marchenko came to be held prisoner in Russia.  In October 2020, Marchenko had described in detail the torture he faced from the DPR militants and the fact that he had only signed the ‘confession’ forced out of him later, without a lawyer being present, because the Krasnodar FSB threatened, if he didn’t, to send him back to Donbas for more torture.  As reported, the court had even ordered ‘a check’ to be carried out into these allegations, before the hearing on 26 November.

That ‘check’ was clearly a fiction, as were all other aspects of the right to a fair trial, and on 26 November, a 10-year sentence  by the Krasnodar Regional Court.

Marchenko, who recently turned 49, was living in Donetsk with his family when Russian and Russian-backed militants seized controlled in 2014.  They fled in haste, and could not collect the car which Marchenko had left for its regular servicing.  They were later informed that one of the so-called ‘DPR ministers’ had been seen driving around in the car.

It is no easy matter living as ‘displaced persons’, so when, in December 2018, a person they knew from Donetsk phoned and said that the man who had appropriated their car had fled from the city, Marchenko decided to set off for Donetsk to try to retrieve the car.

It was logical, since Marchenko was hoping to drive the car back, but was to prove a fatal mistake that on 15 December 2018, the Ukrainian began his journey to occupied Donetsk via Minsk (Belarus), then Moscow and Rostov-on Don.  From there he crossed into occupied territory through the Russian and militant-controlled border.

The FSB claimed that Marchenko was in conspiracy with another person – seemingly a Russian citizen, identified only as Y. Fedorenko.  The charges against Marchenko – of having planned to smuggle military technology – were seemingly based solely on Fedorenko’s testimony.  In on 27 December 2019, the renowned Memorial Human Rights Centre pointed out that it is a standard ploy to extract such testimony under threat that the person (in this case Fedorenko) will himself be imprisoned on such charges

Memorial studied all the material in the case and concluded that both administrative and criminal charges were politically motivated.