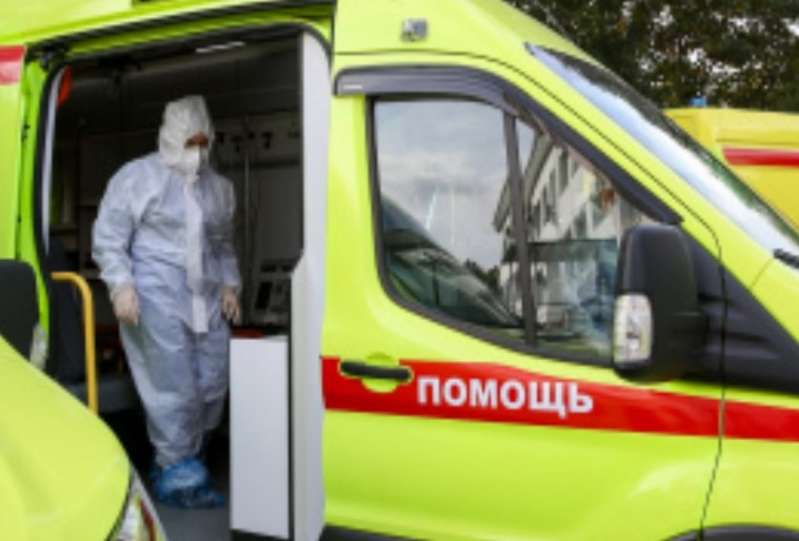 Human rights monitors have learned that the real rate of infection from Covid-19 in Russian-occupied Crimea is likely to be four times higher than the official figures, and the authorities are lying about the number of medical workers who have died as a result of the virus.

The Crimean Human Rights Group [CHRG] has spoken with medical workers in Simferopol; Feodosia; Kerch; Yalta and Kirovske.  They also cite a source within the health service for the estimate of the real number of  people infected by Covid-19.  Such a huge discrepancy between the real figure and that given can only point to deliberate concealment.  The health worker explained that a large number of people with Covid-19 are being diagnosed as having ‘community-acquired pneumonia’.

This confirms suspicions aroused back in October when the head of the ‘Russian health ministry in Crimea’, Alexander Ostapenko reported an increase in Crimea in the number of cases of community-acquired pneumonia.  He said that over the last week, 564 people had been hospitalized as a result, with 440 “with grave or extremely grave forms of community-acquired pneumonia”.

The same medical worker told CHRG that the only Covid positive tests that were being taken into account were those carried out by Rospotrebnadzor, with those carried out in private clinics ignored.  This is probably true in another countries as well, however many other countries have proper facilities for getting the official health service tests. The person also spoke of the number of deaths having sharply risen.

A medical worker from Simferopol reported that there are enough beds in ‘Covid hospitals’ and enough ventilators, but this, the person believes, is only because in many cases a Covid diagnosis is avoided.  Instead, they diagnose pneumonia.  That means that the person is not placed in a Covid ward unless he or she gets the official, Rozpotrebnadzor, positive test for the virus.

Calling an ambulance is not really the answer either, with people in the Simferopol region having to wait 2-3 hours for ambulance team to arrive.  One medical worker explained to the human rights group that this is partly because of the huge amount of paperwork that the team have to fill in regarding ever call.  Although officially, each ambulance team should have a doctor and paramedic / nurse on board, in around half of the cases, there is only the latter with the driver.

If at the beginning, there were special ambulances being sent to believed Covid cases, now there is no such distinction. It seems very unlikely that all ambulance teams are provided with adequate personal protective equipment (PPE).  The medical worker mentioned also that the lack of distinction between Covid and non-Covid ambulances means that nobody is getting the supplementary payments promised.  In fact, judging by other reports and complaints on social media, there have been, at very least, delays with such supplementary payments from the outset.  This is when medical workers are not only in the frontline and facing real danger, but are also chronically underpaid.

Worryingly, the medical worker said that many colleagues have ‘pneumonia’, adding that doctors are given a test once every fortnight, however the material taken is wrong.  This, the person believes, is deliberate since if even one doctor from an ambulance team gets a positive outcome, the entire team will have to go into isolation.

A medical worker from Feodosia told CHRG that the ‘Covid hospital’ there is totally full, and there are people in a queue to be admitted. The person says that it is difficult to say anything definitive about numbers as they have no access to the statistics, however ‘judging by the number of Covid cases brought to hospital, it’s clear that the numbers are being underestimated.  “Since the ‘corpse-trolley’ is constantly hurtling to the Covid hospital,  that means that the death-rate has risen, but only in the morgue do they know definitely by how much.  But nobody will say, it’s forbidden to talk about that”.

According to his information, there is enough oxygen in the hospital, just not enough beds for patients.  There are also shortages of medication in chemists, including antibiotics. An ambulance worker in Kirovske recounted how a person he knows, despite a test having showed 50% damage to his lungs, still had to wait a whole day to be seen by a doctor.

At least two doctors in Kerch died in November (Valentina Belyaeva, Lyudmila Chernyavska), with the latter’s 37-year-old son also dying from Covid-19.   The occupation regime did not publish details about this.  In Yalta, CHRG knows of at least one ambulance worker who died from the virus.

All of the above is based on the accounts of individuals, none of whom could safely speak under their own names.  Their reports do, however, coincide with earlier reports, in particular with respect to the general secrecy over the pandemic and, in particular, the number of fatalities, about which medical and morgue staff are being forced to lie.

Russia systematically crushed independent media within the first year of its illegal occupation, and it has also introduced draconian laws which punish for something termed ‘fake news’ about the pandemic. In the vast majority of cases, this means reporting details that differ from those officially announced.  Under such circumstances, medical staff, who are likely to be dismissed for giving details that differ from the official version, will very often also remain silent.