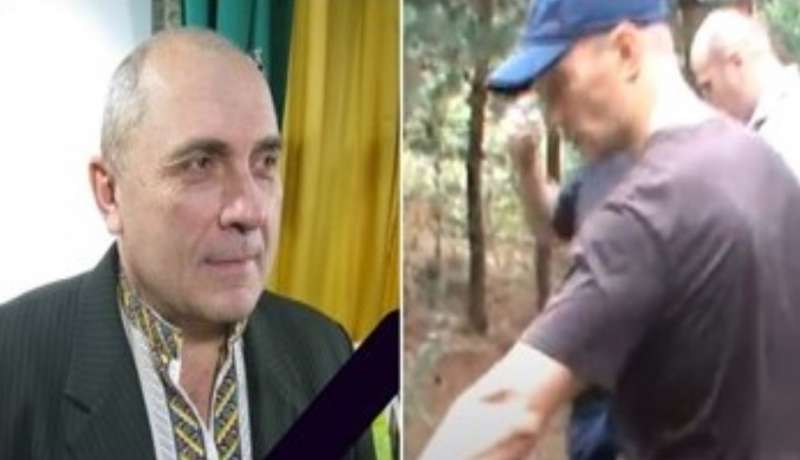 The man accused of the savage killing in 2014 of Ukrainian journalist and Maidan activist Vasyl Serhiyenko was released from custody on 3 December despite protests from both the public prosecutor and civic activists.  While it is certainly an indictment of the Ukrainian justice system that Volodymyr Voronkov had been held for a very long time without having been convicted of a crime, his release seems part of systematic obstruction to ensure that nobody ever answers for another killing of a Ukrainian journalist.  The case is particularly shocking, and not only because of the significant amount of evidence backing the prosecution’s charges.  It is notoriously difficult to get those who commissioned a killing to face justice.  In this case, however, it is increasingly apparent that there is no will to even convict the men suspected of carrying out the crime.

Voronkov is the last of five men charged over the abduction and killing of Serhiyenko to have been held in custody, doubtless because he is the only one apprehended who is accused of the journalist’s killing and of burying his body.

Two men are in hiding: Andriy Inosov and Valery Fedorov.  While Inosov is, like the others, accused of involvement in the abduction, Fedorov is believed to have taken part in the killing and burying of Serhiyenko’s body, together with Voronkov.  With Fedorov never caught (and possibly killed), Voronkov has tried to claim that he only played a subsidiary role. During an investigative experiment soon after his arrest, Voronkov showed where he and Fedorov had buried Serhiyenko’s body.  Yevhenia Zakrevska, the lawyer representing Serhiyenko’s  family, points out that Voronkov’s evident attempts to present himself as merely doing what Fedorov told him to do are  largely meaningless since what Voronkov did admit to already falls under murder.

The Horodyshche District Court on 2 December did not release Voronkov outright, ordering him to be placed under house arrest.  There are, however, stricter rules about how long a person can remain under house arrest.  Since there appear to be no regulations to prevent a trial being dragged out beyond all reasonable timeframes, Voronkov will also be freed from house arrest soon enough if the prosecutor’s promised appeal against the move is not upheld.

Voronkov was released from the Cherkasy SIZO [remand prison] at 8 a.m. the morning after the Horodyshche District Court ordered the change in preventive measure.  There were around 100 protesters outside the SIZO, who believe that Voronkov’s release is part of the general move towards impunity for those involved in Serhiyenko’s murder.  Voronkov himself  sped into a car which was supposed to take him to Kyiv to get an electronic bracelet fitted.

Few doubt that 58-year-old Serhiyenko was killed because of his work as a journalist. During the months before his murder, he is believed to have been gathering information about the former governor of the Cherkasy oblast, Serhiy Tulub, and about Hennady Bobov, then an MP and a person with considerable influence in the area.  Serhiyenko had, for example, been probing suspected illegal deals involving reserve land which Bobov was allegedly using for his own private purposes.

Three of the suspected perpetrators – Voronkov; Viktor Horbenko and Valentin Zavrazhin were caught in 2015 in connection with another crime.  The men were accused of trying to set fire to the equipment of a local farmer who was known to be in competition with Bobov.  The car they arrived in had bloodstains which proved to be from Serhiyenko.  The investigation concluded that Serhiyenko had been taken in that car to a petrol station near the Modus holiday park, which is also linked to Bobov, before probably being transferred to another car.

Two other men were arrested in 2017: Roman Nedibalyuk and Vadim Melnyk.

Melnyk, who had earlier been the head of Bobov’s guards, was reported by the then Prosecutor General Yuri Lutsenko in May 2017 to have been captured after being in hiding since the first arrests. He is accused of having organized the abduction and killing.  The other three men are only charged with involvement in the abduction, although it is hard to believe that they did not know that the aim of their abduction, which itself was carried out with brutality, was the journalist’s murder.

On 22 August 2019, a panel of judges at the Horodyshche District Court ordered that Melnyk be released under house arrest, and allowed to visit medical institutions. This first ruling was successfully challenged by the prosecutor.  Melnyk was, however, released again under house arrest on 8 January 2020.  The prosecutor appealed immediately, however it is not clear whether the appeal was rejected. Melnyk certainly did not return to SIZO and on 2 December 2020, his house arrest was changed from 24-hour to an effective night curfew.

Horbenko and Nedibalyuk were released under house arrest on 27 June 2019, and are now under a night curfew.  Zavrazhin is on bail

Horbenko’s release under house arrest came shortly after shocking developments in court led to criminal charges being laid against judge Lyudmila Synytsya from the Horodyshche Court.

In June 2019, the Special Investigations Department wanted Horbenko transferred to Kyiv for questioning in connection with another case where the investigators were trying to establish who had commissioned a crime. Since there are strong grounds for believing that the defendants all worked for the same boss, Horbenko’s testimony could have been very important for the Serhiyenko case as well, and the investigators clearly needed to separate him from the other men if there was to be any hope that he would give such incriminating testimony. Details of how their attempt was sabotaged, and the role played by  can be found here. Despite repeated warnings from the prosecutor that her behaviour in divulging confidential information carried criminal liability, Synytsya continued to effectively inform everybody present in the courtroom, including men in the same SIZO as Horbenko, that he was about to be transferred to Kyiv where he could well give testimony against them.  Horbenko promptly denied writing any application for a transfer, claiming his signature to have been forged. Despite it being abundantly clear why Horbenko would now feel the need to lie, Synytsya chose to believe that the investigators had falsified documents, ordered that Horbenko not be transferred, and soon afterwards released him for custody.  The investigators thus lost a potentially crucial crown witness, who was shortly afterwards released from custody.

Yevhenia Zakrevska, the lawyer representing the Serhiyenko family, believes there is evidence to point to Hennady Bobov’s involvement in the case, with this presented during the original trial of the first three men arrested in 2015.  That trial had to be terminated for objective reasons (the judge’s retirement), but this coincided with the arrest of Melnyk (and Nedibalyuk) in 2017, and since then the ‘trial’ has scarcely moved.

While Prosecutor General, Lutsenko once tried to get Bobov’s parliamentary immunity removed, but over tax fraud.  Rather questionably, the attempt was dropped after Bobov paid the money involved.  Hopes that the investigation might become more active after Bobov ceased to have parliamentary immunity in 2019 have proven groundless.  In fact, on 28 November 2020, Ukraine’s Anti-Corruption Court revoked a ruling against Bobov over his failure to list an incredible 124 million UAH worth of his own and his wife’s assets.  There was no option after the Constitutional Court’s judgment on 27 October.  This declared both the imposition (in Ukraine’s Criminal Code) of criminal liability for false declarations and public access to officials’ income declarations to be ‘unconstitutional’.

There is no noticeable motion at all on bringing the person(s) who commissioned Serhiyenko’s murder to justice and the only movement in prosecuting the believed perpetrators seems to be backwards.