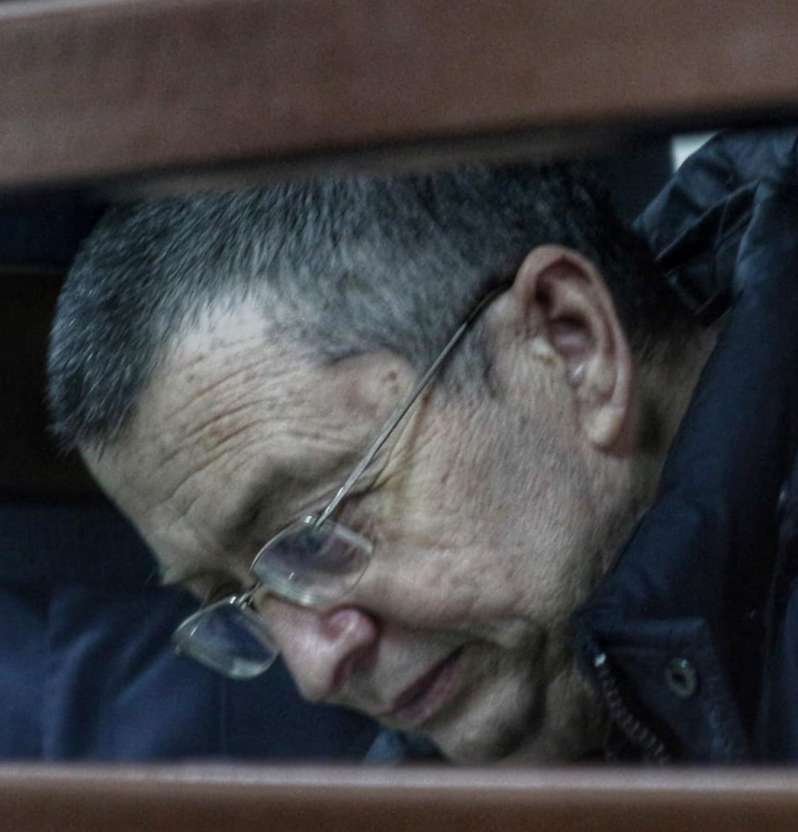 58-year-old Dzhemil Gafarov’s kidney disease is so severe that even Russian law should have precluded his detention, only the law and elementary decency are discarded in Russia’s treatment of Crimean Tatar and other Ukrainian political prisoners.   Gafarov, who is not even accused of any recognizable crime, has now developed gout, which is directly linked to his kidney failure, as well as the refusal by the staff of the Simferopol SIZO [remand prison] to provide proper healthcare.

Lawyer Refat Yakhin explains that there was a hearing at the Russian-controlled High Court in Simferopol on the prosecutor’s application for an extension to Gafarov’s detention.  Despite all documentation demonstrating that Gafarov has invalid status on grounds that prevent detention in Russia as well as Ukraine, and although he was brought to the court with a badly swollen leg, the ‘court’ asked no questions and provided the extension demanded.

Yakhin points out that the relevant prison service medical unit is avoiding providing medical information about Gafarov’s condition both to his lawyer and to Gafarov himself. The sharp deterioration in Gafarov’s health, he says, comes soon after the refusal by the same doctor who is concealing such information to hospitalize Gafarov and carry out a proper examination.

In a letter from the political prisoner which he passed to his family via his lawyer, Gafarov explains that he is suffering such acute pain in the joints of both feet that he has not been able to sleep for several nights, and painkillers have no effect.  With his condition, he should be seeing a specialist and having tests done every 3-4 months.  Instead, his illness is progressing without any medical supervision, and in SIZO conditions where the food is appalling and he cannot observe the diet he requires. As a result, he is suffering an acute attack of gout, or inflammatory arthritis, which arises because his kidneys are unable to get rid of uric acid which instead builds up in his body.  The pain, he writes, is hellish.

Although Gafarov has been treated so badly since March 2019, the situation at the moment appears to be generally very bad, with lots of prisoners ill, two men with high temperatures, no point in even asking for painkillers as there aren’t any, and no medical staff to be seen.  This, it should be stressed, is in the middle of a pandemic, with the overcrowded and filthy conditions of the SIZO meaning that all the prisoners are in danger of being infected.

They succeeded twice, however, Gafarov is a political prisoner and in each case the doctors provided what was expected of them, namely the claim that the 58-year-old was well enough to remain in a SIZO, where the unsanitary and overcrowded conditions are tantamount to torture,  During at least one of the ‘examinations’, Gafarov was chained to a bed and surrounded by armed men.

Maybe there are some dangerous criminals against whom such methods would be required.  Neither Gafarov, nor the 24 other Crimean Tatar civic journalists and activists arrested during Russia’s worst ‘operation’ to date in occupied Crimea.  Most were arrested on 27 March 2019, with the move internationally recognized and condemned as an attack on men with a pronounced civic position.

Please sign and circulate the petition demanding that Gafarov be immediately hospitalized for an independent medical examination and that he be released from custody.  With Moscow demonstrating such contempt for human life, it would also be very helpful if you could contact your elected representatives and ask them to help in putting pressure on Russia.  The latter’s persecution of any Ukrainians is shocking, but in Dzhemil Gafarov’s case, it is literally placing his life in immediate and very real danger.