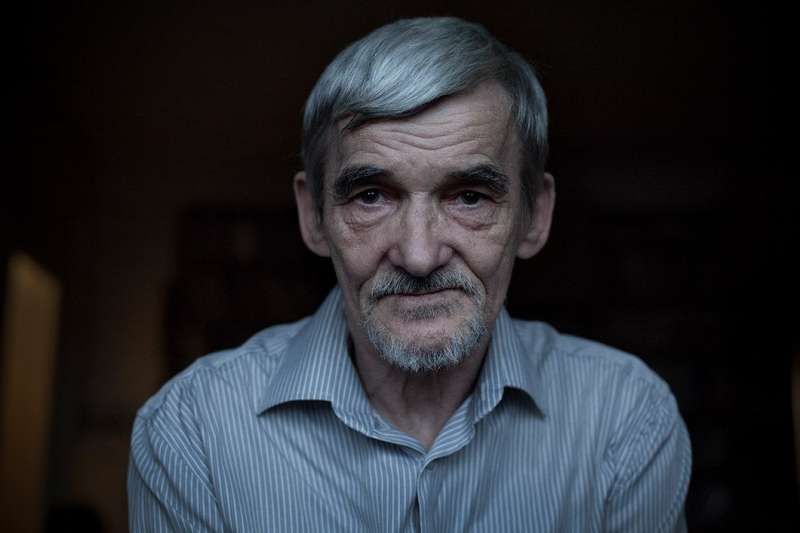 Russian attempts to discredit Yury Dmitriev are proving increasingly futile with the renowned historian of the Soviet Terror and head of the Karelia branch of the Memorial Society named on 10 December as one of the 15 laureates of the prestigious Franco-German Prize for Human Rights for 2020.

This is an award presented annually, to mark Human Rights Day on 10 December, with the laureates this year announced by German Foreign Minister Heiko Maas and his French counterpart Jean-Yves Le Drian.  In doing so, , they are recognizing “the efforts of all those who work tirelessly every day to advance the causes of human rights and the rule of law”.

In explaining who Dmitriev is, the Germany Foreign Ministry statement mentions briefly that the historian has been in detention since 2016, before going on to explain the huge role that Dmitriev has played in researching and uncovering the victims of the mass executions at the Sandarmokh Clearing in Karelia and elsewhere.

“He deserves particular recognition for his exceptional commitment to addressing historical crimes in the former Soviet Union and preserving the memory of the Stalinist Terror despite sometimes significant opposition, not least from official Russian policy on the country’s past.”

The report does not spell out that Dmitriev is a political prisoner, but then it really doesn’t have to as the award speaks for itself.

64-year-old Dmitriev is currently facing a 13-year sentence, which the Petrozavodsk City Court may try to increase to 20 years.  This is despite initial charges so absurd that they twice resulted in acquittals, and further charges laid only after the initial acquittal, although they pertained to exactly the same period of time.

The Karelia Supreme Court twice refused to register the defence’s cassation appeal against the court’s 29 September ruling which overturned two acquittals and added almost 10 years to Dmitriev’s sentence., however . It will be heard at the Third Cassation Court in St. Petersburg.  Dmitriev’s lawyer, Viktor Anufriev, explains that they have combined the cassation appeals against all previous rulings (including the 3.5 year sentence on one charge (and acquittals on all the other) passed on 22 July and the 29 September ruling).  There are certainly compelling grounds for appealing the shocking ruling from the Karelia Supreme Court since the final hearing that so radically changed the sentence was held in Anufriev’s absence, and with Dmitriev himself unable to properly hear the proceedings due to a poor video link.

The award and news of the cassation appeal coincided with the fourth anniversary of Dmitriev’s arrest on 13 December 2016.  This followed highly suspect methods used to illicitly enter Dmitriev’s home.  He was charged with ‘preparing pornography involving a minor’ (Article 242.2 of Russia’s criminal code) and ‘depraved actions with respect to a child under the age of 11’ (Article 135). This was purely on the basis of a folder hidden away on his computer and never circulated’, which contained 114 photos of his adopted daughter (or ward - in Russian the term is приёмная дочь). The photos had been taken from when Natasha was taken from a children’s home at the age of three, very thin and in poor health.  The authorities had themselves advised him to monitor her development, which Dmitriev did scrupulously, recording the little girl’s weight and height.  It seems that the nine photos claimed to be ‘pornographic’ showed the little girl at 3, 5 and 6 naked, but without the weight and height statistics.  In fact, there were other compelling grounds for Dmitriev to ensure that the authorities would not be able to take Natasha away from her new family.  The photographs naked also meant that it could clearly be seen that she was not in any way being mistreated. Anybody who has had dealings with Soviet and post-Soviet bureaucracy will know that Dmitriev had extremely good reasons for being so cautious.

The photos were initially considered by v, to be ‘pornographic’  The court then asked for an official expert assessment, with this task given to the so-called Centre for Socio-Cultural Expert Assessments [""].  This body gained earlier notoriety for its involvement in the trial of the Pussy Riot punk group and in the ruling prohibiting the Jehovah’s Witnesses as ‘extremist’.  The Centre reportedly did not have a licence for such ‘expert assessments’, but this did not stop it from claiming that the above-mentioned nine photos were ‘pornographic’.

Such an unqualified assessment was rejected in court by Dr Lev Shcheglov, the President of the National Institute of Sexology, as well as two other specialists who saw nothing pornographic in the photos and who confirmed that it was common practice in Russia to take photographs for such medical purposes.  With the trial in tatters, the prosecutor tried to get ‘a psychiatric assessment’ from the notorious Serbsky Institute, however even the psychiatrists there found no aberrations.

The calculation had almost certainly been that people would be so revolted at the charges of child pornography that they would probe no deeper.  Within three weeks of his arrest, a major media effort was underway, aimed at sullying both Dmitriev’s reputation and that of the Memorial Society.  were deployed in the middle of November 2020, on the eve of the third attempt to convict Dmitriev of the above charges.   The use of ‘criminal’ charges to conceal political persecution may have worked in the information blockade seen in Soviet times.  It failed here, with prominent figures in Russia and a huge number of people in other countries speaking out in Dmitriev’s defence.

It had, in fact, always seemed possible that the initial acquittal on 5 April 2018 by Judge Marina Nosova on the pornography charges and conviction on an equally absurd, but minor, firearms charge, might have been only about deflecting public attention.

Whether or not that was the case, the reality was to prove even worse than feared. The acquittal was immediately challenged by the prosecutor Yelena Askerova (who had demanded a 9-year sentence).  On 13 June 2018, the acquittal was revoked by the Karelia Supreme Court, and the case sent back for ‘re-trial’ under a different judge. The sole arguments provided during the appeal hearing were objections from Natasha’s grandmother, who had not seen her since she left her in the children’s home.  There were also excerpts from questioning of the child after the acquittal, and thus 15 months after she was taken from the only family she had ever known.  This was supposed to demonstrate a disturbed psychological state (‘suicidal moments’).  There had never been, nor were there then any suggestion of sexual misconduct.

On 27 June 2018, Dmitriev was re-arrested, with Russia’s Investigative Committee now charging him with ‘acts of a sexual nature’, also against his adopted daughter, whom he had not seen since his arrest in December 2016.   Due to the closed hearings, it only became clear on the eve of the July verdict (from , first published in Novaya Gazeta and ) what this suspiciously belated charge was about.  The prosecution claimed that Dmitriev had on several occasions touched his adopted daughter around her groin.   This was in connection with a period when Natasha was 8 years old and began having attacks of enuresis (involuntary urinating).  If Dmitriev noticed the tell-tale smell of urine, he would, like any other parent, pat the little girl’s knickers around the area of the groin to see if they were wet, and if necessary get her to have a wash. There is confirmation in Natasha’s medical records that she was suffering from enuresis, and that she was due to be placed in the Karelia hospital for a proper check-up soon after Dmitriev’s first arrest, yet the prosecution claimed that these were ‘acts of a sexual nature’.

It was the second acquittals that the Karelia Supreme Court overturned on 29 September, with judge Alla Rats also increasing the sentence to 13 years in a harsh regime penal colony, something that the 64-year-old Dmitriev would be unlikely to survive.  The ruling was condemned, among others, by  and by .

There are very strong grounds for linking the persecution of Yury Dmitriev and of fellow historian Sergei Koltyrin with Russia’s attempts to rewrite the historical facts about Sandarmokh and the mass graves of victims of the Terror.