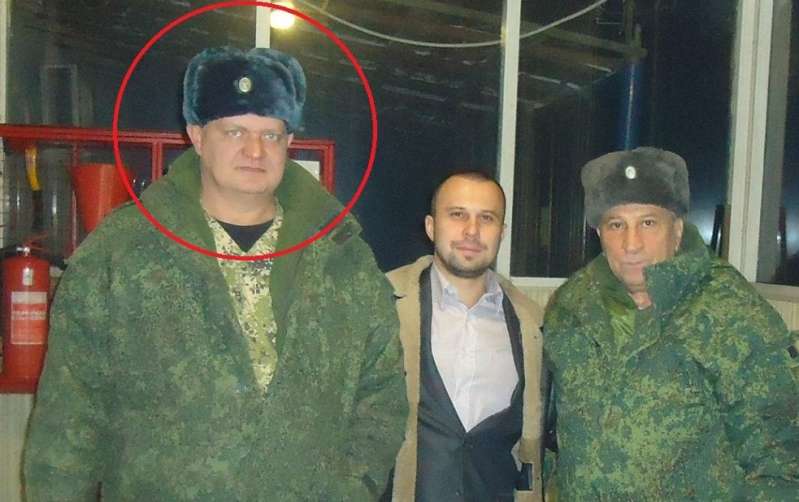 The latest sentence handed down by a Czech court against men fighting for the Russian-controlled militants in eastern Ukraine may never be served as the 45-year-old was sentenced by the Ústí nad Labem  Regional Court on 21 December in absentia to 15 years and he himself is still in Donbas.  It is, nonetheless, important as the first time that a Czech court has found a person fighting for the militants guilty of terrorism.  Russia’s attempts to legitimize its proxy ‘republics’ in Donbas are not working.

Since the sentence has now come into force, it is not quite clear why the report from Jaroslav Ibehej, spokesperson for the National Centre against Organized Crime,  does not mention the 45-year-old’s name. According to Yevhen Perebyinis, Ukraine’s Ambassador to the Czech Republic, the media believe the person to be Oldrich Grund [Oldřich Grund]. He is said to have been fighting in the self-proclaimed ‘Donetsk people’s republic’ [‘DPR’] since 2014, and to have received an award for what the militants claimed was ‘bravery’. First as commander’ of a combat vehicle and then, as a ‘lieutenant colonel’, of an armed tank unit, he fought against the Ukrainian Armed Forces in Sloviansk; Ilovaisk and in several other places.

The fighter could have received a sentence of up to 20 years under legislation introduced in January 2017.  Although the 15-year sentence was passed in his absence, it does mean that Grund can expect to be arrested in any democratic state and handed over to the Czech Republic.  In the Russian proxy ‘DPR’ he will clearly not be handed over to face Czech justice, but could easily become a victim of militant lawlessness.  Ukrainian hostages released in the few and far between prisoner exchanges report that a large number of militants have also ended up thrown into the militants’  shocking secret camps, which former prisoners call concentration camps.

On 5 December, the High Court of Appeal in Prague changed a suspended sentence to a real three-year term of imprisonment against 27-year-old Pavel Kafka, another Czech citizen who fought for ‘DPR’ from 2015-2016.  The prosecutor had initially demanded a 12-year sentence against Kafka on terrorism charges, however in July 2020, a court in České Budějovice convicted him of taking part in an organized criminal gang and passed a three-year suspended sentence, with a five-year probation term.  This was challenged by both the public prosecutor and by Kafka himself, with the High Court deciding that the sentence was too light.

As in other such cases, Kafka claimed to have gone to Donbas only to help civilians and to work in a hospital.  He asserted that this was because he was concerned that people in Donbas were deprived of help, however the judge pointed out that, at least at the time in question, there had been a Czech NGO ‘People in Need’ working in ‘DPR’.  People In Need was expelled by the militants in November 2016, just as winter approached and the vulnerable people in eastern Ukraine whom the NGO were bring aid to most needed their help.

The public prosecutor in the Czech Republic had previously brought terrorism charges against a former soldier Erik Eštu over his involvement in the fighting in Donbas. In May 2019, Eštu received a three-year suspended sentence for involvement in a criminal organized gang with terrorist intentions, and was stripped of his military rank.  The suspended sentence was, however, reduced by a year at appeal stage, with the High Court of Appeal in Prague seemingly objecting to the imprecise legal qualification.  Neither court had been willing to recognize his actions as terrorist, making the ruling against Grund an important breakthrough.

According to Perebyinis, there are several dozen criminal prosecutions awaiting trial,  though in the majority of cases, the men are hiding out in Donbas.

On 29 March 2019, a court in Riga sentenced 29-year-old Artem Skripnik to five years’ imprisonment and then a further two years’ parole for his role in the fighting in Donbas. The prosecution had asserted that Skripnik, a resident of Daugavpils with non-citizen status in Latvia,  had both taken part in the fighting in Luhansk during the Spring of 2015, and had trained other fighters to use weapons.  He thus “actively took part in an armed conflict directed against Ukraine’s territorial integrity.”   The Prosecutor General’s Office noted that Skripnik’s actions were in breach of international law and the UN Charter. That sentence revoked an earlier acquittal.

British citizen Benjamin Stimson also claimed to have been in Donbas “to drive an ambulance” and had never killed anybody.  His trial and five and a half year sentence were of enormous significance since the  court in Manchester in July 2017 convicted Stimson under the UK Terrorism Act for taking part in the fighting in Donbas on the side of the Russian and Russian-backed militants.

Only Russia is taking a quite different stand, one that gives the lie to its claims to have nothing to do with the conflict in eastern Ukraine.  Russia is effectively prosecuting only those Russians or Ukrainians who defended Ukraine against the militants is Russia.  While claiming to have nothing to do with the conflict in Donbas and that all Russians whose presence cannot be denied are there as ‘volunteers’, Russia has not once brought charges against former militants and has protected Vadim  Pogodin, who is facing a life sentence in Ukraine for the torture and killing of 16-year-old schoolboy Stepan Chubenko.  In contrast, it has imprisoned several Russians who supported Ukraine on ‘extremism’ charges or citing Russia’s generally ignored prohibition of mercenary activities (although there was no evidence that the person had been a mercenary.