Russian propagandist seized by Donetsk militants ‘for spying for Ukraine’ 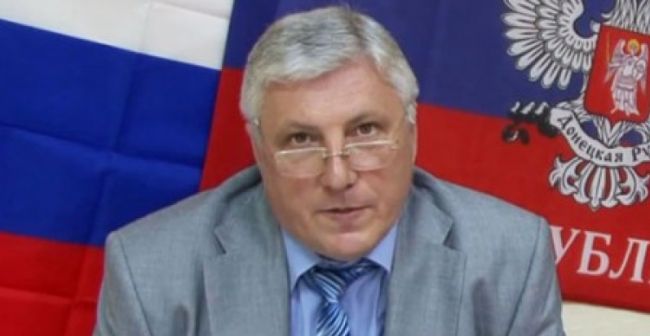 Russian blogger Roman Manekin has been arrested by the ‘security service’ of the self-proclaimed and Russian-controlled ‘Donetsk people’s republic’ [DPR] and is most probably being tortured right now in one of the militants’ ‘basements’.  He has been there before – twice – with neither ordeal seemingly shaking his belief in ‘Russian World’ ideology.  This time seems different, both because of the militants’ open announcement that he has been arrested and because of an elaborate fake, aimed at linking him with Ukrainian writer and former hostage, Stanislav Aseyev.

The militants’ ‘information agency’ reported on 28 December that Manekin, described merely as a blogger, had been detained “in connection with possible collaboration with an agent of Ukraine’s security service”.  The report goes on to say that the so-called ‘DPR ministry of state security’ is investigating information from open sources about Manekin’s possible collaboration with Stanislav Aseyev “harming the interests of state security of the republic”.  Aseyev is claimed to be “an established agent of Ukraine’s security service” who was sentenced to 15 years “for a number of crimes including the organizing of an extremist society; spying; incitement to spying and others”.  Aseyev, whose release was demanded by all democratic countries and a number of international human rights and journalist NGOs, was, in fact, seized, tortured, and imprisoned for 31 months for writing the truth about life in the so-called ‘Donetsk republic’.

That same day, Aseyev explained that he had exchanged letters via social media with Manekin after he learned of the latter’s posts full of lies about Aseyev’s time in captivity.

“Manekin wrote that my fate is of great interest to him (his first mistake in Donetsk) and also criticized the ‘MGB’ [‘DPR ministry of state security’] for so stupidly pinning charges against him and Kozlovsky (his second mistake)”  Ihor Kozlovsky, a renowned religious scholar and Asyev’s former lecturer, was also imprisoned by the ‘DPR’ for almost two years on equally absurd charges.

It seems that on 27 December, the Telegram page ‘Joker DPR’ published something that they claimed to be correspondence between Aseyev and Manekin in which, for example, there is mention of Manekin being passed money to bribe local ‘DPR judges’

Aseyv has passed on to News of Donbas the actual screenshots of his correspondence with Manekin which confirm his version, and not the claims made on the anonymous Telegram page.

Manekin had last posted anything on his Facebook page on 25 December, which would confirm, as the Telegram page the ‘Joker’ reported, that he had already been flung into one of the ‘DPR prisons’ before the fake correspondence.  That alone suggests that this time Manekin is unlikely to be released after a few months like on the previous occasions.

In commenting on his new imprisonment, exiled Donetsk journalist Denis Kazansky points out that Manekin holds rabidly anti-Ukrainian views.  His present plight does not suddenly make him a victim whom Ukraine should try to get exchanged.

Now 55, Manekin was born in Makiyivka (near Donetsk), but is a Russian citizen and spent most of his life in Russia, before coming to Donetsk in 2014, as a propagandist for the so-called ‘Russian spring’ of carnage and suffering that Russia inflicted on Ukraine. He is ideologically close to Andriy Purgin, one of the Ukrainians, mostly with far-right and very pro-Russian views, who took part in the creation of a so-called ‘Donetsk republic’ organization in 2005, and in training and indoctrination camps in Russia.  Like most of the ‘ideological’ supporters, Purgin has been largely sidestepped, and is in conflict with the Russian-imposed leader Denis Pushilin.  Unlike some, he has not been killed ‘in unexplained circumstances’.

Manekin first disappeared in October 2017, shortly after he strongly criticized one of the ‘DPR leaders’. There were also rumours that he was disputing the official version of how notorious Russian mercenary Arseny Pavlov (‘Motorola’) had been killed.  Both the militants and the Russia were treating the war criminal as a hero, and claiming that he had been killed by a group of Ukrainian saboteurs.

The reports that Manekin had been killed proved unfounded, and he eventually returned to his ‘normal life’ and activities as a blogger, supporting the ‘Russian world illegal creation’ that had imprisoned him.

He disappeared the second time in early November 2018, following two months in which he had openly opposed Pushilin, who had, with Kremlin support, swiftly took control after Alexander Zakharchenko was killed in a bomb blast on 31 August, 2018.  Manekin had also initiated a petition against fake elections scheduled for 11 November.  The Change petition was entitled: ‘Cancel the anti-constitutional elections in DPR!’ and gained over 1900 signatures (around 1500 at the time of Manekin’s enforced ‘disappearance’).  The petition asserted that on 7 September,, there had been a ‘coup’ in the unrecognized ‘DPR’ with the so-called elections on 11 November aimed at providing legitimization to the results of that coup.  The petition rightly stated that there was only one real ‘candidate’, namely Pushilin, with the others merely ‘technical candidates’.   Manekin went on to say that Pushilin was very unpopular in ‘DPR’, attributing this in the first instance to Pushilin’s unsavoury role in the ‘MMM’ financial scandal before 2014, and then to his participation in “the fruitless Minsk negotiations”.

On that occasion, he was released fairly swiftly, after calls from various politicians and enforcement people in Russia.  Maria Zakharova, one of the propaganda mouthpieces for Russia’s foreign ministry publicly stated that “according to their information”, Manekin was not only alive, but had been released.  The claim then appears to have been that he had ‘incited enmity’ and published ‘false information’.

The current story is also bizarre, especially given that it was obvious that Aseyev would provide the real correspondence, but the ‘charges’ this time against the Russian World fanatic are much more serious.

Manekin is not the only Russian World supporters to have ended up imprisoned by them.  Former hostages have spoken of sharing cells with many of these former militants.  , Oleksandr Bolotin, , another blogger and member of the so-called DPR civic chamber, was seized on 21 January 2020, and has not been seen since.  Ironically, when there were reports in May that he had been killed at the notorious ‘Izolyatsia’ secret prison, Manekin leapt in, claimed this to be Ukrainian disinformation.  Bolotin’s critical comments were also claimed to have ‘incited enmity’ and ‘discredited the honour and reputation of the authorities and enforcement bodies”.