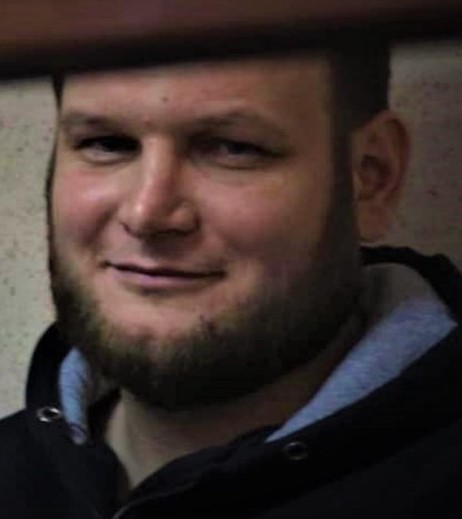 Russia has begun its most overtly repressive mass trial of Crimean Tatar civic journalists and activists three days before New Year.  The timing of the hearings on 27 -28 December 2020 is clearly aimed at minimizing publicity for ‘trials’ that are overtly aimed at crushing the Crimean Tatar human rights movement and silencing those who tell the world about its rights abuses in occupied Crimea.  This follows the extraordinary decision to divide one ‘trial’ into five identical ‘clones’, with the same dodgy ‘secret witnesses’, FSB-loyal ‘experts’, etc. in each.  A trial involving 25 political prisoners certainly presents logical problems, but so do five identical clones.  The latter, however, make it less likely that international rights and media NGOs will closely follow the proceedings, although they undoubtedly should.

The mass operation on 27 March 2019, with armed searches and the arrests of 23 Crimean Tatar civic journalists and activists around international condemnation and demands for the men’s release, from, among others, the US State Department, Human Rights Watch, Freedom House and Civil Rights Defenders.  Russia has not only ignored these, but imprisoned many other activists, including two, bringing the number of this ‘Second Simferopol case’ to 25, divided into five groups.  All have been recognized by the Memorial Human Rights Centre as political prisoners.

All have been imprisoned since March 2019, or soon afterwards, in conditions which are equivalent to torture.  According to the men’s lawyers, the situation in the Simferopol SIZO [remand prison] is especially intolerable, with no heating, despite winter temperatures; mould on the walls; very poor and insufficient food and no medical care at all.  The men have actually had medication which their families brought taken away from them.  Since 27 December, the ‘preliminary hearings’ have been taking place behind closed doors, with all the men’s detention extended for a further six months.  All are likely to be moved to SIZOs in Rostov (Russia) by the middle of January.

Virtually all of the men were active in the important civic initiative Crimean Solidarity, with four men – Osman Arifmemetov ; Remzi Bekirov; Rustem Sheikhaliev; and Ruslan Suleymanov also civic journalists.  Shortly before his arrest, Remzi Bekirov had also become an accredited journalist for Grani.ru, one of the few Russian Internet publications that reports on human rights violations in Russia and occupied Crimea.

We fortunately have a copy of Bekirov’s address to the ‘court’ on 28 December, which spelled out the full illegality of Russia’s persecution and demonstrated why Russia is going to such lengths to crush people like him.

All of the men are charged only with ‘involvement’ in the Hizb ut-Tahrir movement, a peaceful Muslim party which is legal in Ukraine and which is not known to have carried out acts of terrorism anywhere in the world. Russia has never provided any grounds for its highly secretive 2003 Supreme Court ruling that declared Hizb ut-Tahrir ‘terrorist’, yet this inexplicable ruling is now being used as justification for huge sentences on supposed ‘terrorism charges’.   Memorial HRC has stressed that Russia has not once, in any of these prosecutions, provided any evidence of “terrorism, or even of plans or discussion of terrorist acts or the use of weapons”.

Bekirov rightly ripped into the charges, pointing out that the 2003 had been illegal since the Russian Supreme Court had declared Hizb ut-Tahrir ‘terrorist’ behind closed doors, without either the organization itself or human rights groups being given a chance to take part in the hearing.  They were, in fact, informed of the ruling only after it was too late to lodge an appeal.

Importantly, Russia is in flagrant violation of international law, including the Fourth Geneva Convention, since it has no right to apply its legislation on occupied territory. This is especially shocking since Russia is imprisoning Ukrainian citizens to huge terms of imprisonment on unproven charges of involvement in an organization which is entirely legal in Ukraine.  Bekirov also cited the latest UN General Assembly Resolution on Crimea, adopted in December 2020 “in which the majority of countries called on the Russian Federation to stop its ethnic and religious persecution of Crimeans”.  The resolution also calls on Russia to stop persecuting civic journalists, “of whom I am one.

I link my arrest, among other things, with my professional activities. Journalism is not my main profession, a more of a means of defending my people. I became involved in this in order to at least somehow protect people and for that sake sought ways of development  and growth. Because our words are also our struggle, we struggle with words. I and a number of other civic activists have ended up imprisoned for such activities.”

As Bekirov described briefly, he and the others are among the many victims of Russia’s systematic crushing of freedom of speech in occupied Crimea.

With respect to the specific charges, he asks: “How can people talking about their religion and about politics be charged with terrorism?”   These are politically motivated charges and like other such cases, they are seen by the world community as ethnic and religious persecution, with the charges a complete lie.

Russia has a great deal to hide in this case and these ‘trials’ should be attended and reported upon by international human rights and media organizations.  Not only has Russia openly targeted civic journalists and activists, but it is imposing horrific sentences without any recognizable crime.

In at least one of the cases, that of Rayim Aivazov, the FSB recently changed the charge to the more serious Article 205.5 § 1 – just as they threatened to do when he retracted a ‘confession’ that they had extracted from him through torture.

The ‘evidence’ in the case includes the supposed testimony of secret witnesses whose claims cannot be verified; taped conversations about religion, etc. and ‘assessments’ of such conversations by FSB-loyal ‘experts’ who can claim that a word, common in Crimean Tatar, is ‘proof’ of the charges against the men.  All of this material clearly needs to be properly studied, yet the men have consistently been denied the opportunity to do so.