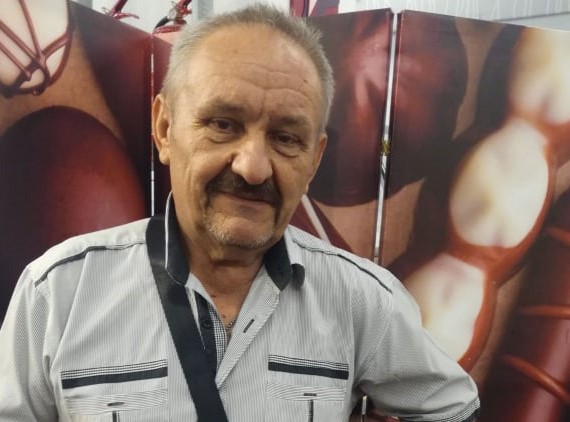 The fate of 70-year-old retired miner Vitaly Atamanchuk and his family chillingly demonstrate how nobody is safe in the Russian proxy ‘Donetsk people’s republic’ [‘DPR’].  In September 2018, Atamanchuk, his wife, Nadiya, then 70 and recovering from a stroke, and his adult son, Oleh, were seized by the militants without any explanation.   His wife and son were finally released, however Oleh had clearly been savagely tortured and died soon afterwards.

Atamanchuk is a former miner who has lived in Donetsk all his life.  When the war began in 2014, his daughter Olena left with her infant son, but her parents and brother remained.  The family lived in their own home, and Atamanchuk did not want to abandon everything he had worked so hard for, nor his native city.

Armed men from the so-called ‘DPR ministry of state security’ turned up on 4 September 2018 and seized all three members of the family.   Olena only learned of this later, having contacted neighbours when she could not get through to her parents.  She was told that they had been taken away, at night, by men in camouflage gear and balaclavas.  Her mother was later about to tell her that they had been taken, with  bags over their heads to some building where they were separated.

Nadezhda Atamanchuk has not seen her husband since that night, but she saw her son once when she was taken to the toilet. Oleh was lying on the floor in the next room, covered in blood.  From where she was held, she could hear him screaming as they tortured him.  She herself was not physically ill-treated.  It was presumably clear that they would kill the elderly woman who was in very poor health.  They did, however, put huge psychological pressure on her, and a doctor needed to be called for her after she almost fainted during their so-called ‘lie-detector test’.

Nadezhda and her son were released after 30 days, with the two taken with bags over their heads to the centre of Donetsk and just left there.

Olena managed to get her mother out of Donetsk, with the help of the Red Cross, but Oleh was in a terrible state, after the torment he endured, and he remained in the city.  He died within the year, aged just 49.

Vitaly Atamanchuk was held in the Donetsk SIZO [remand prison] until January 2019.  The militants then staged his ‘trial’, on charges of ‘spying’, and sentenced him to 17 years’ harsh regime.  He is imprisoned at the Makiyivka Prison, where the ‘DPR’ militants have imprisoned many Ukrainians they accuse of ‘spying’.

Atamanchuk had health issues even before his ‘arrest’, including Bekhterev’s disease, which is a form of chronic rheumatic inflammation.  According to his daughter, after torture and in the appalling conditions of militant imprisonment, this condition is progressing, and he is also suffering ever-more frequent heart palpitations and often loses consciousness.  Former hostages have told Olena that her father virtually does not get up, and cannot get out for the short period of their so-called ‘walk’ without help.

Now 70, Atamanchuk urgently needs hospitalization and proper treatment.  He is receiving none, and the militants are not allowing international organizations, like the Red Cross, to even see him.   His release in the next exchange of prisoners is almost certainly a matter of life or death.