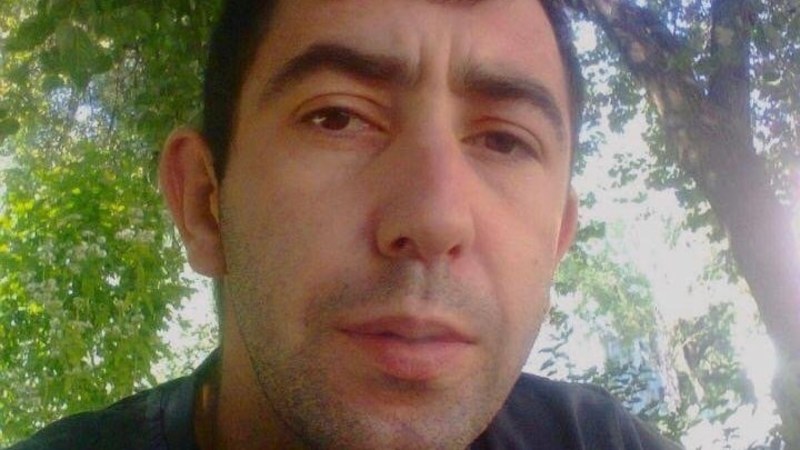 One of the prosecution witnesses in the trial of political prisoner Medzhit Ablyamitov has stated clearly in court that he was not allowed to read ‘his testimony’ before being forced to sign it.  It took courage for Aidin Mamutov to speak out since he is himself serving a sentence, almost certainly on the same politically motivated charges, and may well face reprisals for his honesty.

According to Ablyamitov’s lawyer, Aider Asamatov, Mamutov told the Kirov District Court on 20 January that the investigators had prepared all the documents in his case and that a lot of what was allegedly his testimony, he was hearing for the first time.  He categorically denied having given such testimony.

It is not at all uncommon, at least in Russia’s political trials of Crimean Tatars and other Ukrainians, for ‘prosecution witnesses’ to find out – and reject – what they are supposed to have said.  Such bleeps in the prosecution’s case do not, unfortunately, make any difference to what are essentially predetermined verdicts and sentences.  Ablyamitov is the latest of at least five Crimean Tatars who have been imprisoned on charges of involvement on the territory of mainland Ukraine in an organization which is legal in Ukraine, with the absurdity of the indictment not preventing very long sentences.

These tend to be fast-track ‘trials’ under occupation courts, sometimes with next to nothing known about the men arrested.  Details would get in the way of the FSB’s attempt to demonize the Noman Çelebicihan (or Asker) Battalion, which, despite the name and Russia’s assertion, is not an armed formation, nor do the men arrested pose any threat to people in Crimea.

27-year-old Ablyamitov was arrested on 19 August 2020.  The young man had returned to Crimea because his mother had cancer.  Asiye Ablyamitova died on 25 October, without her son being allowed to see her or to carry out his duty to accompany her on her final journey.

In its initial report, circulated to Russian state-controlled media in Crimea and Russia, the FSB  did not name Ablyamitov, but said he was accused of the supposed crime envisaged by Article 208 § 2 of Russia’s criminal code (taking part in the activities on Ukrainian territory of an armed formation, not envisaged by the legislation of that country and acting for purposes which are against the interests of the Russian Federation”.)

The ultimate objective of the Battalion, namely the end of Russia’s occupation of Crimea,  is certainly at odds with the wishes of Russian President Vladimir Putin.  It is, however, fully in line with the position of the UN’s General Assembly and all international bodies and democratic states.

Furthermore, this is at present a battalion in name alone, and is not an armed formation.  It was created on 1 January 2016 from people who had taken part in the civic blockade of Crimea. It remains to this day a relatively small formation whose role at present is merely to back the Ukrainian border guards in areas near the administrative border with occupied Crimea. Its founder, Lenur Islyamov has long indicated that this is a Crimean formation, not only Crimean Tatar. While they would be willing to serve in the Armed Forces in the area of conflict in Donbas, the steps needed to formalize such service have yet to be taken. This does not, as Russian prosecutors and media claim, make it illegal.

The FSB claimed in their initial report that Ablyamitov had been trained how to use firearms, and that his duties involved guarding the Battalion, helping the Ukrainian Border Guard in joint patrolling of the buffer zone (around the administrative border between mainland Ukraine and Crimea) and checking individuals and vehicles at the checkpoints.  It further asserted that, after returning to Crimea, Ablyamitov maintained contact with members of the Battalion and “did not report his voluntary cessation of participation in an illegal armed formation.   According to his lawyer, Ablyamitov gave his original testimony under enormous psychological pressure with officers having subjected him and his family to three armed searches and then interrogated him in the absence of a lawyer.  He does not deny having taken part in the Battalion, but never with arms and he did not have any of the impugned ‘training’.

There is no ‘illegal armed formation’ and the activities that Ablyamitov is charged with do not contain any elements of a crime, yet the young Crimean Tatar is facing a sentence of up to 15 years’ imprisonment.