Application practice of Article 110 of the Criminal Code of UkraineInvestigation of individual terrorist crimesThe practice of application of Article 111 of the Criminal Code of UkraineCriminal proceedings under Article 111 of CC of Ukraine against the journalistsWhat is wrong with the bill on SBU?So what will “New SBU” be?The Bill on SBU is unacceptable, it should be buried New bill on the Security Service is in breach of Ukraine"s Constitution and human rights standards What is next?SSU Reform: Challenges and Prospects. The StudyJune 3 Letter to the Members of the Verkhovna Rada of Ukraine
• Research / The Security service in a constitutional democracy 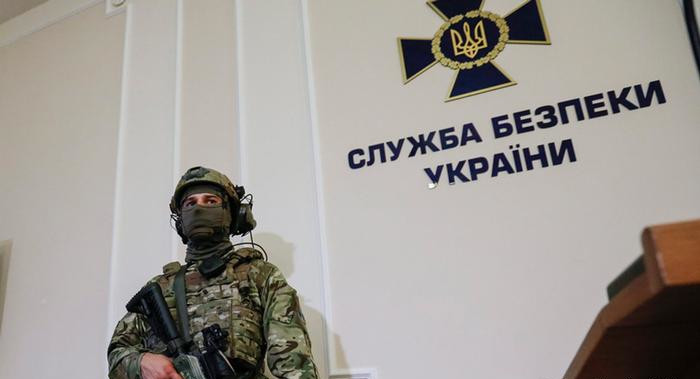 Let us recall Article 109 of the Criminal Code (CC) of Ukraine:

Article 109. Actions aimed at forceful change or overthrow of the constitutional order or take-over of government

1. Actions aimed at forceful change or overthrow of the constitutional order or take-over of government, and also a conspiracy to commit any such actions, -

shall be punishable by imprisonment for a term of five to ten years with or without the forfeiture of property.

2. Public appeals to violent change or overthrow of the constitutional order of take-over of government, and also dissemination of materials with any appeals to commit any such actions, -

shall be punishable by restraint of liberty for a term up to three years, or imprisonment for the same term with or without the forfeiture of property.

3. Any such actions, as provided for by paragraph 2 of this Article, if committed by a member of public authorities or repeated by any person, or committed by an organized group, or by means of mass media, -

shall be punishable by restraint of liberty for a term up to five years, or imprisonment for the same term with or without the forfeiture of property.

Article 109 is under the jurisdiction of the Security Service of Ukraine (SBU). The summarized data concerning the investigation of crimes qualified under Article 109 are taken from the of the Prosecutor General’s Office, and concerning the judgments under that Article – from the . They are compiled in the table:

The people were prosecuted under that article for the appeals and actions in support of Novorossia or aimed at creation of the “people’s republics” – Kherson, Odesa, Kharkiv, Kyiv, Kirovograd etc, in support of “DPR” and “LPR”, as well as against the current government. Thus, for example, in four cases in Kherson the sentences are the same, each of them states that around late summer – early autumn 2014, a group of armed representatives of “DPR” was to arrive to Kherson to overthrow the government in the region, under the guise of a mass protest event. It was assumed that the defendants were to provide various support for the “guests”. All four residents of Kherson distributed the leaflets of anti-Ukrainian contents and “Novorossia” newspaper, drew mottos on the walls of the buildings, posted anti-Ukrainian texts in social networks. They all spent between 2 and 6 months in SIZO, pleaded guilty, signed agreements with the investigation and were released in the courtroom according to the sentences with probation.

The texts, mottos, photos and videos were most often distributed in such social networks as “Odnoklassniki”, “Vkontakte”, “Facebook”. It did not prevent the opening of criminal proceedings under part 3 of Article 109, which concerns the media. The statements were often quite harsh, here are the relevant examples (translated from Russian).

“Everyone has to fight for their rights in the Ukrainian society, and the use of weapons is necessary... The new Ukrainian power and all organizations that led this power to the trough should be totally liquidated by violent means, and not just banned,... Several groups are already organized and armed for the liquidation of Turchinov as well as the heads of law-enforcement agencies of Ukraine. I was convinced of the existence of such groups after personally visiting their training bases in the Transcarpathian mountains two months ago”.

“The talks that Novorossia should return to a single country, renewed or pro-Russian, can be closed. Those conversations are led by either scoundrels or fools. Ukraine can only end up the same as in the video. That means, Russia should fight for the absence of any Ukraine on its borders, and the presence of Novorossia and Malorossia”.

“For those who cannot reconcile and want to act!.. Prepare for the march for Kyiv for the restoration of the legal government in the country or accept the absence of any power. We demand the liberation of all political prisoners who were imprisoned by Kyiv bandits, and prosecution of all participants of coup d’etat in the country!”

“For independent Novorossia as a member of CIS...”

“Citizens of Ukraine, begin carrying out the actions of civil disobedience, block the roads, do not allow the Slavs to shoot the Slavs!”

“And now I officially announce the reward in the amount of 1500$ for the head of Nalivaychenko, the head of SBU”; “I urge all people to shred the leaflets and not appear in military registration and enlistment offices. Let us destroy Poroshenko and stop the war!”; “Why do bloody murderers, Poroshenko and Nalivaychenko, still hold their offices? Let us take up arms and go to Kyiv, against Poroshenko! Off the monster and his whole gang!”; “Poroshenko, we will... off you! It is only a matter of time. Better run from the post of the President and from Ukraine as far away as you can”.

However, the preventive measure in the form of detention in SIZO was chosen in around a half of the cases, at the moment of delivery of the court decision in 18 cases the defendants were in custody in SIZO. In our view, the detention in SIZO in cases of accusation for the posts in social networks, no matter how stupid and meaningless those posts may be, is a too harsh preventive measure.

In 57 cases (81.4%) the sentences were delivered with probation, if the defendants were in custody, they were released in the courtroom. In 48 cases (68.57%) the defendants signed plea agreement with the investigation and it was approved by the court. Two acquittals were approved.

In 5 cases (7.1%) the court applied Article 69 of the CC of Ukraine and imposed a sentence lower than the lowest limit specified in Article 109. One case involved the fine in the amount of UAH 8500, in another case two defendants were released due to the expiration of the term of the punishment after the re-calculation of the time spent in SIZO as 1 to 2; in two cases the sentence was delivered with probation, in the fifth case three defendants received 5 years 6 months, 5 years, and 5 years and 1 month of imprisonment, while the time spent in custody in SIZO was found by the court as 4 years, 10 months and 17 days for each of them.

In the remaining 8 cases (11.4%) the sentences constituted 2 years; 4.5 years; 6 years; 6 years and 6 months; 6 years and 8 months; 8 years; 8 years with the forfeiture of property; 12 years; 15 years and 14 years of imprisonment, both with the forfeiture of property. Three examinations were in absentia, since the defendants were not detained and were wanted. In 7 of those eight cases the defendants were also accused of commission of crimes under other articles of the CC– 110, 263, 258-5, 111. In 4 cases the courts qualified the crimes as serious, in 2 – as particularly serious.

Thus, only in 11.4% of the cases the courts applied the punishment that provided for a real imprisonment. Let us examine, for example, the case No.426/15638/18. The defendant, a resident of Krasniy Luch town (currently Khrustalniy) of Luhansk region, who was elected a deputy of Krasniy Luch town council in 2010, was accused of the crimes qualified under pt. 1 of Article 109, pt. 2 of Art. 110, pt. 1 of Art. 268-3. His intentional criminal acts consisted of agreeing and being elected a deputy of the first convocation of the so-called parliament of the self-proclaimed “Luhansk People’s Republic”, on its first session he voted with other deputies for the adoption of the so-called “Interim main law of the constitution of Luhansk People’s Republic” and subsequently he approved a number of “laws” of the so-called “LPR”. He was a member of the so-called parliament of the so-called “DPR” between 18 May and 17 November 2014. On 6 July 2018 Lisichansk city council approved the plea agreement of 26 June 2018 between the defendant and the prosecutor and imposed a total sentence approved by the parties, in the form of 8 years of imprisonment without the forfeiture of property.

Thus, it can be concluded that the courts corrected the total cruelty of SBU shown during the pre-trial investigation. In general, the case law was humane, if one is to be certain that the defendants sentenced to probation were not used forcibly for the exchange, meaning that the release was not caused by that very need.

Another conclusion: the statements about the mass political persecution of the opponents of Ukrainian state are groundless. The motives of the criminal prosecution under Article 109 are certainly political, but it is not sufficient for the conclusion that particular arrested persons in the period of detention could be called political prisoners. There is not enough information for the correctness of such conclusion: it is not enough to only read the sentence; it is necessary to know the details of the criminal proceedings. It should be noted that the European Court of Human Rights did not recognize the criminal prosecution for incitement to violence as a violation of freedom of expression. The mass admittance of guilt, repentance and the sentences that do not provide for imprisonment are not typical of political persecution observed in 1960s-1980s, furthermore, each sentence back then was both unlawful and unjust. On the contrary, the case law in 2014-2019 was generally adequate.

We provide the annex with the short data on the delivered sentences (in Ukrainian).