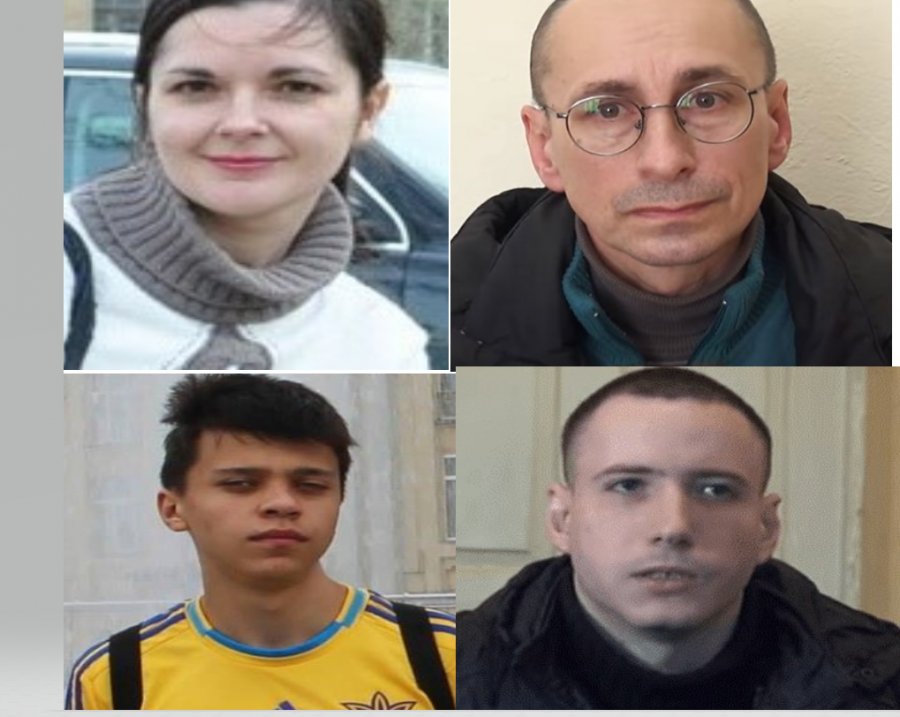 Among hostages held prisoner in the Russian proxy ‘Donetsk and Luhansk people’s republics’ [DPR/LPR] are a number of men and women seized because of photos or comments posted on Twitter.   Most of those whose stories are, at least partially, known were initially held for months or years at the ‘Izolyatsia’ secret prison in Donetsk.  There they were almost certainly subjected to the same torture as that which Stanislav Pechonkin endured, also for his tweeted photos.

Pechonkin had left occupied Donbas and was living in Bakhmut, but returned to Horlivka to check on his flat, since it was known that the militants often move in to empty flats.  He explains that on 13 January 2017, snow had fallen and he went out to take photos of the city,  planning to post these on social media for friends from Horlivka who had also left due to the fighting.

He was seized and initially taken to the ‘DPR police’ where they looked at his tablet, and his posts on social media and accused him of working for Ukraine’s Security Service [SBU].  In an interview soon after his release, Pechonkin spoke of his “active civic position, rejection of occupation and support for Ukraine’s territorial integrity” and of how he had posted or communicated, via Twitter, information about the movement of military technology, about premises that the militants were using, etc.

This was enough for Pechonkin to be savagely beaten and tortured at the ‘police station’, and then taken to Izolyatsia, to be further ‘worked on’.  This included beatings while he was held against the wall, with his arms and legs stretched out, and electric shocks.  In his case, the militants only attached the electrodes to his fingers, but he knows of electrodes having been attached to prisoners’ toes, to their earlobes or to a person’s genitals.

Pechonkin was ‘sentenced’ at the beginning of 2019 on ‘spying’ charges, and finally released in the prisoner exchange at the end of December 2019.

He stresses that the torture is unendurable, and he would invent things just to get them to stop. Since his account of the methods used at Izolyasia is similar to those given by other men and women held there, it is likely that other people seized essentially for their tweets have also faced or are now facing such torture.

Dmytro Sidelnikov, a  PE lecturer at a Donetsk institute was seized on 27 January 2020 and remains imprisoned to this day.  His family still don’t know exactly what the militants are accusing him of, however his brother, Denis, says that Sidelnikov was allowed to ring once and told them that he had been arrested for spying, and had said something about an exchange and mentioned Twitter.

More is known about some other hostages who appear to have been seized because of pro-Ukrainian tweets or posts on social media.

Marina Yurchak is a 40-year-old environmental chemist, who has been held hostage in ‘DPR’ since 9 November 2017.  Since this included almost a year at Izolyatsia, it is near certain that she was severely tortured.  All of this, however, was only discovered later.  At the time, she simply disappeared, with her parents in anguish, having no idea what had happened to her.

The 15-year sentence imposed on 26 March 2020 was, as usual, for so-called ‘spying’,  however she is believed to have also been accused of ‘insulting’ top militants, whose vehicles she refers to as ‘orc-mobiles’.  From back in 2014, Yurchak was active on Twitter, making no secret of her pro-Ukrainian views and writing honestly about what she saw.  She openly wrote, for example, about where the shelling was coming from and the direction in which military technology was being transported.

Almost all that we know about him and about Yuri Shapovalov comes from videoed ‘confessions’.  Although the ‘sentence’ of 14 years is for the standard ‘spying for the SBU’, 31-year-old Podvezko appears to have been charged over alleged communications with a Twitter user whom both Russia and its proxy ‘republics’ do have cause to hate.  Necro Mancer @666_mancer is one of the citizen journalists who has provided invaluable information about Russian military and pro-Russian losses in occupied Donbas; military movements, etc.   He seemingly lives in Donetsk and began documenting the military movements and military losses that Russia has tried very hard to conceal from the events of April 2014.  It was then that, having failed to stir up local uprisings, Russia sent in ‘former’ FSB officer Igor Girkin and around 50 heavily armed men who seized control of Sloviansk in the Donetsk oblast on 12 April.

In their ‘prosecution’ of Podvezko, the DPR militants claim that Necro Mancer works for the SBU and that Podvezko passed him information.

The 55-year-old neuropathologist was ‘sentenced’ in DPR in April 2020 to 13 years’ maximum security imprisonment for posts on Twitter which were claimed to “destabilize the situation” in the unrecognized ‘republic’.  Shapovalov has been imprisoned for over two years, and was for at least some of this time held and tortured in the Izolyatsia secret prison.  It was only from the testimony of two  journalists released in the December exchange, Stanislav Aseyev and Oleh Halaziuk, that his whereabouts were known after the original militant report and videoed ‘confession’ in March 2018 (when he had already been in captivity for some time.  Although Shapovalov’s Twitter account was clearly hijacked by the militants following his seizure, the tweets from before January 2018 can still be seen here at Залишенець Донецький @relictDon.  They show a person with clear pro-Ukrainian views and a deep antagonism to ‘Russian world’ ideology and the devastating impact this has had on Donetsk.

At 20, Bohdan is the youngest of the known hostages.  The so-called ‘DPR ministry of state security’ arrived at the flat Maksymenko shares with his mother on 10 April  2020, and took both the young man and his computer away.  He was almost certainly targeted for the passionately pro-Ukrainian views he expresses on social media.  There are particular concerns in his case, as Bohdan has a congenital heart defect.

It is, unfortunately, very likely that the real number of hostages held on similar grounds is significantly higher.