Who answers for Antonenko’s imprisonment if Ukraine’s trial over Sheremet murder collapses? 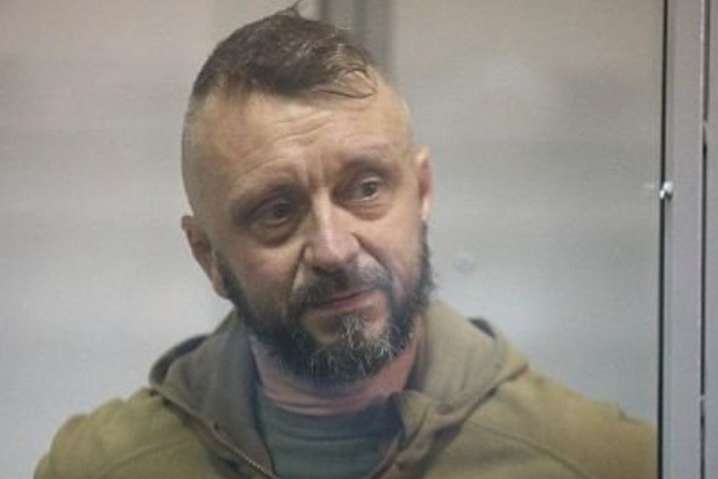 >Kyiv’s Court of Appeal has upheld  the ongoing detention of Ukrainian musician and military volunteer, Andriy Antonenko (‘Riffmaster’) 15 months after his arrest on suspicion of the 2016 killing in Kyiv of Belarusian journalist and former prisoner of conscience Pavel Sheremet.  Two of the other four people publicly named as suspects during the 12 December 2019 press conference triumphantly addressed by Ukraine’s President, Prosecutor General and Interior Minister have never been charged over the killing, although it was purportedly the arrest of Vladislav and Inna Hryshchenko  in connection with another crime that led the investigators first to Antonenko, and then to paediatric surgeon Yulia Kuzmenko and military nurse Yana Duhar.

Kuzmenko was also remanded in custody, however was released under house arrest in August 2020.  While this was undoubtedly a welcome development, it does raise the question of why Antonenko remains in detention.  After fairly radical changes to the indictment six months after the press conference, there seems no particular reason for Antonenko to have been singled out.  Yet on 10 February,  prosecutor Mykhailo Tishyn opposed Antonenko’s release from detention.  He asserted that “considering that the court is currently studying evidence and most of the witnesses and other participants in the criminal proceedings have not been questioned, Antonenko could go into hiding or try to influence witnesses, specialists and experts who identified the person as the one who committed the given crime”.   Why such logic applies in Antonenko’s case, but not in Kuzmenko’s is unclear.  It is, in fact, an alarming argument that could be used to keep all defendants in custody until their trials are over.

There are certainly cases where a suspect’s position, connections or wealth give rise to fears that s/he could wield such influence.  This does not seem to be the case here, nor is it clear how a very prominent musician could go into hiding when he would almost certainly be forced to give up his passport and wear an electronic bracelet. In this case, a number of MPs from different political parties had offered to stand as guarantors for him.

This, however, is only one of the problems with the prosecutor’s argument.  The other lies in who exactly these “witnesses, specialists and experts’ are that need to be shielded from attempts to influence them.  Unless Antonenko’s defence team, in revealing a list of such witnesses, are concealing something truly incriminating, it is hard to imagine why any of the defendants would try to sway such ‘witnesses’.  These, for example, include two barbers whose ‘testimony’ is based on being shown photographs of Antonenko and video footage of the believed perpetrator.  The defence contests that Antonenko’s beard at the time of Sheremet’s death differed from that of the perpetrator’s and the prosecution has found barbers who think that the photos and footage could show the same beard.  There does not appear to be any witness who identified any of the three defendants before investigators asked specific questions regarding those particular individuals.  The same is true of the ‘gait analyst’ from the UK, Ivan Birch, whose testimony was made so much of during the press conference.

The problem here is that, even if Birch claimed, which he does not, 100% certainty that the gait of the two perpetrators on the video footage is the same as that of Antonenko and Kuzmenko, this would still be very far from conclusive evidence.  Forensic gait analysis is not particularly widely practised, and the ‘Primer for Courts’ produced by the Royal Society of Edinburgh makes it quite clear that gait analysis from two videos cannot be based solely on those videos, but must be backed by other independent evidence of the person’s characteristic gait.  In this case, Birch appears to have merely been shown two videos and asked to say whether it could be the same person.

There are problems also with respect to the alleged ‘portrait-psychological expert assessment’.  Kuzmenko’s lawyer, Taras Bespaly has asserted that, when he tried to get an independent assessment carried out, he  was told that such an assessment on the basis of video footage is simply impossible.

There is also expert testimony which the defence has no reason to want to change.  This includes the estimated height in two assessments from 2016 of the male perpetrator (as per the video footage), with Antonenko significantly taller than this. The difference in height between Antonenko and Kuzmenko is also considerably greater than that estimated by these same experts as that between the two perpetrators.  It may be impossible to give exact measurements on the basis of video footage, but the same can surely be said of the perpetrators’ ‘gait’, especially given that they would have been very aware of the need to not attract attention. Yet expert opinions regarding gait are taken seriously, and those regarding the perpetrators’ height are ignored.

Numerous other problems with this case have been discussed here earlier, not least the ongoing impact from the initial ‘trial by press briefing’ at which Ukraine’s leaders violated the defendants’ right to a fair trial by treating the case as solved.  Since then Riaboshapka has admitted that there was not enough evidence to take the case to court and Zelensky has effectively threatened that the Interior Minister Arsen Avakov’s job will be on the line if the trial collapses.  Former Kremlin hostage Oleg Sentsov is not alone in believing that this is behind the reluctance of Ukrainian judges to release (Kuzmenko and) Antonenko.  Other concerns include the effective lack of any motive, once the prosecution was forced to remove its ‘white supremacy’ nonsense which it had copy-pasted from an indictment in a quite different case.

During one of the very few hearings that have so far taken place, the prosecutor asserted that they had thoroughly studied all other possible motives and had justifiably rejected them.

It was already difficult to take this seriously, after the white supremacy copy-pasting fiasco and then the abrupt change in the indictment in May 2020.  It became simply impossible in early January 2021 after EUobserver and an organization calling itself the Belarusian People’s Tribunal published highly incriminating tapes, pointing to plans in 2012, by Belarusian dictator Alexander Lukashenka and his KGB henchmen to murder Pavel Sheremet.  It became clear that same day that the Ukrainian authorities had received information about this the previous month.  Perhaps, as promised, a thorough investigation is underway, however the claim by police spokesperson Artem Shevchenko that this 2012 tape ‘confirmed’ their version and therefore the involvement of Antonenko; Kuzmenko and Duhar in the crime did not inspire confidence (more details here).

Even before the Belarusian link, there had seemed something disturbingly missing in the prosecution’s case.  The Ukrainian investigators had opted for claims of rather obscure motivation in which individuals, “acting from a range of personal motives, decided to cause a high-profile event in society in order to then provoke numerous protests”.  Who Pavel Sheremet was, and whom he had riled, including the regimes of both Lukashenka and Russian President Vladimir Putin, is thus rendered essentially irrelevant.  According to this version,  any prominent figure will do.  The version also fails to explain why those anonymous individuals who are supposed to have commissioned the crime should have thought it would “provoke numerous protests” and why a successful musician, paediatric surgeon and nurse would have agreed to take part.