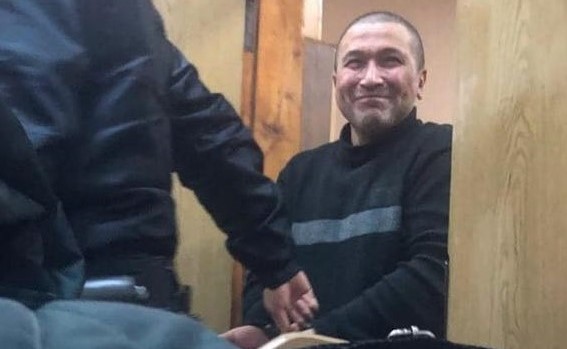 A cassation court in Russia has overturned the previous court ruling in Russia’s persecution of  Yunus Masharipov and ordered a new appeal hearing, under different judges, in the ‘trial’ of the imprisoned 56-year-old rights activist.  This court saga will soon extend beyond the original four-year prison sentence passed on Masharipov, but this is only part of the Russian FSB’s revenge against a man who dared to retract the ‘confession’ they used torture to extract.  Masharipov has also become a victim of the punitive psychiatry which Russia is reinstating and could end up incarcerated in a psychiatric institution indefinitely.

This was one of at least two very clumsy attempts in the second half of 2017 to discredit the Mejlis and its members. Several months earlier, the UN’s International Court of Justice had allowed Ukraine’s application for provisional measures and had specifically ordered Russia to revoke its extraordinary ban of the Mejlis.

On 3 March 2020, this same ‘court’ asserted that Masharipov had committed a crime but that he was mentally unfit, and ordered that he be placed against his will in a psychiatric hospital.  The appeal against this was rejected on 25 June 2020 by the occupation ‘Crimean High Court’, under presiding ‘judge’ Konstantin Karavayev.   That ‘court’ did, however, terminate the criminal prosecution over the charge of preparing explosives and acknowledge Masharipov’s right to ‘rehabilitation’.  The protocol on the extraction of biological samples by FSB officers was also excluded from the case, as these had been illegally taken in the absence of Masharipov’s lawyer.  The court went even further and excluded the forensic assessment which claimed that Masharipov’s biological traces had been found on the explosives supposedly found in Masharipov’s garage.  The FSB have used similar methods (illegally obtaining DNA and then using this to fabricate ‘evidence) in at least two other trials of Ukrainians – that of Volodymyr Dudka and Oleksiy Bessarabov, and the recent trial of Oleh Prykhodko. The exclusion of such ‘evidence’ here was, therefore, a victory, however the judges did not have the courage to fully acquit Masharipov and convicted him of possession of explosives.

That ruling was appealed by both the defence and the prosecutor, with these heard on 1 March 2021 at the Fourth Cassation Court in Krasnodar.  As well as the grounds for refuting the charges against Masharipov, the defence also pointed to the fact that the issue of his mental state had not been properly examined.  Experts had not been called and the two ‘opinions’ contradicted each other.  The prosecutor had demanded that the appeal ruling, finding that Masharipov had not prepared explosives, be revoked.  Typically, the ‘court’ went along with the prosecutor and ordered the case to be sent for a new panel of judges at the Crimean ‘High Court’.  Ladin will be demanding that the entire case be terminated for want of a crime. He told Crimean Solidarity that it is unclear how the proceedings will continue.  The ‘High Court’ could even flip the case back to the Yalta City Court.

The situation is especially disastrous as Masharipov has now been incarcerated, either in a remand prison [SIZO] or in a psychiatric ‘hospital’ for three and a half years.  Nor, without the revoking of an entirely unwarranted assessment of his supposed ‘mental state’, is there any end in sight.