Ukraine found in bulk violation of the prohibition of torture over denial of justice to life prisonersZelensky fails crucial test for restoring justice in Ukraine Posthumous justice for Ukraine’s most famous victim of police tortureUkrainian researcher savagely tortured for ‘confession to treason’ against Russian proxy ‘Donetsk republic’Kharkiv Human Rights Group’s position regarding the detention and prosecution of Kostyantyn ZhevagoImprisoned Crimean artist faces ‘terrorism’ charges for protesting Russia"s war against Ukraine21-23-year sentences for three Belarusian heroes who helped Ukraine stop Russia from taking Kyiv Russia plans to imprison soldier who admitted to murder and plunder in Ukraine - for ‘circulating fake news’Ukrainian civic journalist was ‘voluntarily’ abducted, asphyxiated and beaten by Russian FSBRussian invaders abduct Ukrainians in large numbers for grotesque ‘international terrorism trials’ 270 days of full-scale Russia-Ukraine war in the Kharkiv RegionRussia violates its own laws in murderous reprisals against Crimean Tatar human rights movement Eight months of abductions and torture, as Russia’s terrorism intensifies at the Zaporizhzhia nuclear power plantUkrainian civic journalist faces 8-year sentence for exposing healthcare lies in occupied Crimea Three life sentences and confirmation that Russia should be on trial for the shooting down of MH17 No end to Russia’s brutal reprisals against imprisoned 66-year-old historian of the Soviet Terror Former child hostage spends 7th birthday in Russian captivity for wanting to live in free Ukraine Russian court willing to kill 60-year-old Crimean Tatar political prisoner, heart attack or not Ukraine’s penitentiary institutions and the warRussian FSB attaches electric currents to genitals to force abducted Ukrainian to sign multiple ‘confessions’
• Topics / The right to a fair trial

Ukraine’s most malicious miscarriages of justice 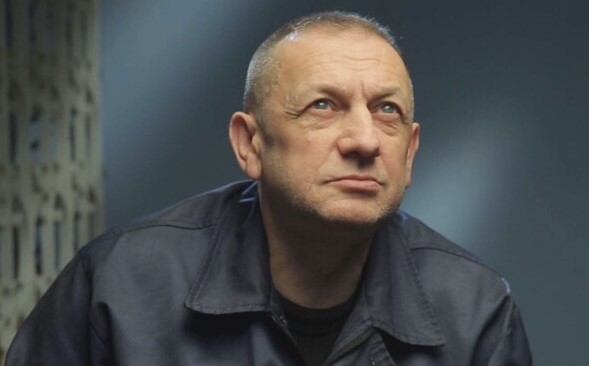 Volodymyr Panasenko turned 62 on 13 March, his 15th birthday imprisoned for a crime nobody believes he committed.  If he were one of Russia’s many Ukrainian political prisoners, legislators and others in Ukraine would, at least, be making public noises, and maybe even trying to secure his release.  Panasenko, however, is imprisoned in Ukraine, and legislators are in no hurry to right a terrible wrong, against him and other men, whose life sentences also arouse very strong concerns.  Ukraine has already been slammed for this by the European Court of Human Rights, with the second time, on 10 December 2020, a bulk judgement finding violation of the rights of 24 applicants, including Panasenko.

The Court in Strasbourg is losing patience with Ukraine, since this is not the first time it has stressed that the European Convention’s prohibition of torture (Article 3 of the Convention) requires that there must be at least the possibility that a life sentence can be reduced.  The Court is not saying that all prisoners must be released, only  that they must have the chance of “a review which allows the domestic authorities to consider whether any changes in the life prisoner are so significant, and such progress towards rehabilitation has been made in the course of the sentence, as to mean that continued detention can no longer be justified on legitimate penological grounds”

While ECHR kindly assumed that the only possible reasons for a review lay in some changes or reform of the life prisoner himself,  the situation is far worse in Ukraine.  Here one of the most compelling grounds for needing a review mechanism lies in grave concerns that many of the life prisoners are either innocent, or have received a disproportionately harsh sentence.

A Ukrainian life sentence is for life, with the only possibilities for release being a terminal illness or a Presidential pardon. The latter have not been issued once in the last several years.

The problems with Ukraine’s justice system are most graphically seen in the case of serial killer Sergei Tkach.  He was able to murder his victims with impunity over an incredible 25 years because at least ten other men had been tortured into ‘confessing’ to some of the crimes and sentenced to long terms of imprisonment.  Even after Tkach was arrested in 2005 and confessed to around 100 murders, 37 of which were fully proven, it still took a long time before those other victims, arrested for Tkach’s crimes, were finally released.

The methods of ‘investigations’ which enabled such miscarriages of justices were widely used, at least until the adoption of a new Criminal Procedure Code in 2012.  Among other important changes, this makes it impossible to pass a sentence solely on the basis of a ‘confession’, and also ensures that people accused of serious crimes have a lawyer present from the outset.

Human rights monitors believe that there are up to 100 life prisoners in Ukraine whose sentences, based on ‘investigations’ before 2012, are extremely suspect – either disproportionately long or, worse, passed against men who are innocent.

The last possibility for judicial review of such cases was removed in 2011, when the then President Viktor Yanukovych seriously reduced the powers of Ukraine’s Supreme Court.  Many of the powers then taken away have been reinstated, but not the Court’s right to review cases under exceptional proceedings.  This refers to cases where there is believed to have been violations of material and procedural law, through the fabricating of evidence, etc.

For the last 10 years, there have been several attempts, including through legislative initiatives, to rectify the situation.  The first parliament following the Revolution of Dignity (Euromaidan) even voted on a draft bill, No. 2033a in its first reading back in 2015 and then let it gather dust until the parliamentary elections in 2019 made its adoption possible.  A new bill (No. 3078) was tabled in February 2020, but was returned by the profile committee for reworking, and was, on 2 February 2021, withdrawn.

This makes Ukraine’s failure to comply with the European Court of Human Rights’ judgements seem especially flagrant.  It also leaves a large number of life prisoners whose sentences are very likely flawed with no chance of justice.

This is almost certainly not just inertia, but downright sabotage from some quarters.  When there seemed a real chance that the earlier No. 2003a bill could be passed, numerous, highly manipulative, articles appeared in the media about the bill.  These gravely distorted the facts about the very restricted scope of the review proposed, and played on people’s fears about ‘maniacs and killers’ being released.  Very many of the investigators, prosecutors and judges who either deliberately faked evidence or ignored clear signs that a person was innocent still hold their position, or have been promoted to considerably higher posts, including in the Prosecutor General’s Office. They have a clear vested interest in blocking any possible review.

While there are many worrying cases, one stands out for its shocking cynicism and for the number of prominent Ukrainians, including the first Human Rights Ombudsperson, Nina Karpachova and first Ukrainian President, Leonid Kravchuk, who have pointed to the evident miscarriage of justice.

Volodymyr Panasenko remains imprisoned.  Despite the European Court of Human Rights’ judgement, on 15 February 2021. The Grand Chamber of Ukraine’s Supreme Court refused to initiate proceedings into Panasenko’s appeal against his life sentence.  Stanislav Holubytsky is now a Supreme Court judge, with this despite a negative assessment from the Public Integrity Council which cited his role in the trial of Panasenko.  Roman Sharko, who played a direct role in falsifying evidence has been appointed to a managerial post in the Prosecutor General’s Office, responsible for overseeing ‘adherence to the law within the National Police’.