Russia sentences Ukrainian political prisoner to 10 years after abducting him from DonbasKremlin hostage tells Russian court how he was tortured in occupied Donbas & abducted to RussiaRussia uses torture by Donbas militants to fabricate a new Ukrainian ‘spying trial’Donetsk militants and Russian FSB collaborate in torture and abduction of Ukrainian political prisonerCourt in Russia ignores torture in Donbas, abduction and zero evidence for Ukrainian’s 10-year sentenceKremlin Ukrainian hostage denied critical medication, then punished as health deterioratesRussia’s Supreme Court endorses torture and abduction from occupied Donbas of Ukrainian political prisoner Russia crushes human rights group defending political prisoners and fighting state secrecy, including about war against Ukraine Russian proxy Donetsk ‘republic’ formalize plunder of Ukrainians’ property Ukraine imposes sanctions on pro-Russian MP Medvedchuk & his wife. What about criminal proceedings?Russia’s ‘all for all’ exchange: those who were not returned to UkrainePoroshenko honours judge who effectively sentenced renowned Ukrainian dissident to deathRussian LGBT activist charged with calls to violence against fascists and terroristsIn Memoriam: Nina MarchenkoStrasbourg rules in favour of Ukrainian teacherMoral Choice
• Topics / Against torture and ill-treatment
• Topics / News from the CIS countries

Ukrainian tortured in Donetsk concentration camp, then sentenced to 10 years in Russia 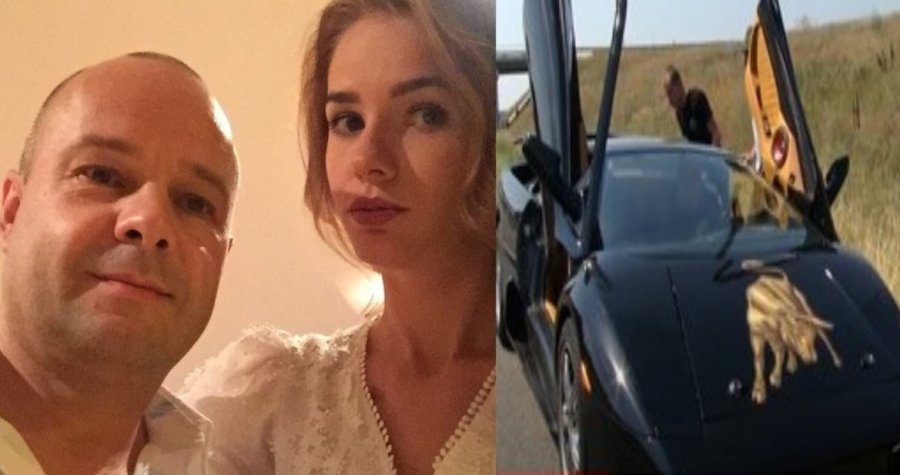 A first appeal hearing has taken place in the Russian city of Krasnodar in a case that is likely to prove most incriminating for Moscow when it reaches the European Court of Human Rights, not to mention the International Criminal Court.  It is unlikely that Russia’s Third Court of Appeal will overturn the 10-year sentence against Ukrainian Oleksandr Marchenko, but it undoubtedly should, since Marchenko is represented by a lawyer from the renowned Komanda 29, and the evidence against Russia, especially of collaboration over Marchenko’s torture in occupied Donbas, could not be more damning.

Oleksandr Marchenko’s plight was first made public in December 2019 when both Ukrainian human rights groups and the Russian Memorial Human Rights Centre declared him a political prisoner.  New and shocking details about the torture he was subjected to in the Russian-controlled Donetsk Izolyatsia secret prison and his experience after being handed over to Russia’s FSB have now come to light, thanks to lawyer Yevgeny Smirnov and an ‘interview’ which he has helped Marchenko give to Ukrainian journalist Dmytro Durnev.

A tale of plunder and naivety

For 49-year-old Marchenko, it all started with the Lamborghini Diablo sports car which he had dreamed of owning since early childhood.  A graduate from the Dnipro Mining Institute, he had a good job linked with supplies of mining equipment, and eventually bought an old 1991 model.  This was nothing spectacular since the car had been bumped around and had a front part which was not authentic.  It also, unfortunately, needed major restoration and repair work, which normal mechanics would not take on.  There was only one firm in Ukraine that would do it, and that had been involved in restoring the car since 2009 – NonStop, a Donetsk-based company.

This was no super expensive new model, but it was easily good enough for the Russian-controlled militants of the so-called ‘Donetsk people’s republic’ [DPR] to want to plunder it, and this is precisely what happened in 2014.  The car was seized by militants and the company itself didn’t answer Marchenko’s calls. Then in 2017, the car, repainted black, appeared on a video clip about a race in occupied Donetsk. This was an old model that had needed refurbishment, making it possible for Marchenko to easily recognize his car.

From his own sources, Marchenko learned that the car had been appropriated by Alexander Timofeyev, known as ‘Tashkent’, who was the so-called ‘minister of taxes and revenue’ under militant leader Alexander Zakharchenko.  When the latter was killed in a bomb blast in August 2018, ‘Tashkent’ lost the ensuing battle for power and fled to Russia.

According to Kateryna Marchenko, she and her husband had been living in Kyiv for several years and knew next to nothing about what was happening in occupied Donbas.  It is harder to believe that Husakov could have been so naïve, and in fact he seems to have played a malignant role in this whole disastrous story.

Unfortunately, Marchenko decided to try this attempt to get his car back, and did so in the worst possible way, travelling via Minsk through Moscow and across the Russian / militant controlled part of the border into occupied Donbas.

A contact in Donbas was at least able to tell Kateryna that her husband was definitely alive.  This was essentially all that she had to go on for the first two months, although  Husakov got in touch with her, said that he had managed, for a thousand dollars, to organize a meeting with Marchenko and that she should come immediately. She fortunately did not go, and this was undoubtedly a set up.  As Durnev points out, in connection with Marchenko’s words about the systematic and daily raping of young women prisoners, knowing that Kateryna was in the militants’ custody would have made Marchenko agree to anything demanded of him.

Marchenko was held during those two months at the Izolyatsia secret prison in Donetsk which former hostages, such as journalist Stanislav Aseyev, refer to as a concentration camp.  The torture people are subjected to there means that just about anybody will sign or say whatever is demanded of them to stop the torment.  In this case, Marchenko recounts, they stripped him and attached an electric current, among other things, to his genitals.  He was also hung by handcuffs from the ceiling for whole days

Smirnov notes that between torture sessions, the militants in the so-called ‘DPR’ asked the same questions as those later asked by the Russian FSB.

The Russian ‘case’ against Marchenko makes absolutely no mention of the car and of his seizure and imprisonment in ‘DPR’.

The problems with ‘the case’ against Marchenko are legion and go far beyond the the collaboration between thugs from the unrecognized ‘DPR state security ministry’ and Russia’s FSB, and the manner in which he was held on entirely different, administrative, charges.

There is no evidence at all to back the charges, and the claim that there was a bank transfer – from an unidentified Ukrainian bank to an unidentified Russian bank – is obviously absurd.

Smirnov points out that Marchenko was charged, and convicted, of espionage.  There are certain criteria that need to be met, he adds, for the crime envisaged by Article 276 of Russia’s criminal code.  In this case, they are not met.  Marchenko is accused of having gathered information containing a state secret for Ukraine and Ukraine’s Security Service [SBU].  Yet there are no state secrets in the case, only some spare parts to Soviet technology available in Russia and Ukraine. Not only are these pieces of metal in no way ‘state secrets’, but Marchenko never even set eyes on them, and is not claimed to have.

This did not stop the court in Krasnodar from convicting Marchenko on 28 November, 2020 and sentencing him to 10 years’ imprisonment. Even though it found him guilty of ‘spying’, the actions described in the verdict fall entirely under the article of the criminal code on smuggling weapons  (i.e. spare parts to very old, and shared, Soviet rockets)..   The list of irregularities and serious flaws in the prosecution’s case could be continued.   They are unlikely to make a difference in a Russian court, but will almost certainly be condemned later when this case reaches the European Court of Human Rights.