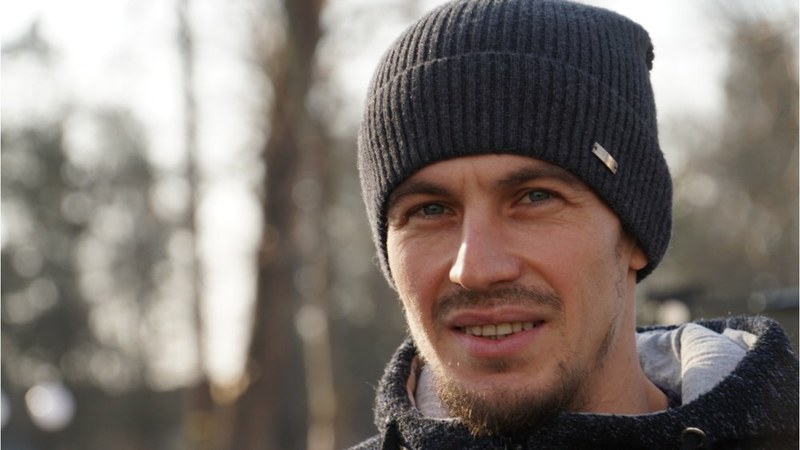 A new, disturbingly Soviet, weapon has been added to Russia’s arsenal of repression in occupied Crimea.  Enver Topchi has been convicted by a Russian-controlled court of failing to denounce to the FSB a person he spoke with on a social media site six years ago.  One of the evident aims behind the prosecution, namely to intimidate Crimean Tatars has, however, backfired with a huge number of people coming forward to help Topchi pay the steep 40 thousand rouble fine imposed by the Russian-controlled Sovietsky District Court on 25 March.

Topchi’s lawyer, Emil Kurbedinov, has condemned the prosecution as legally flawed to the core.  He points out that the FSB have been forced to acknowledge that no sentence has been passed against the person whom Topchi is accused of not denouncing.  This means that legally this man, Umidzhon Dadadzonov, is innocent making Topchi’s conviction for not having informed of Dadadzhonov’s ‘crime’ absurd.  Kurbedinov adds that the FSB “is seeking to kill several birds with one stone”.  They have initiated five criminal prosecutions under ‘terrorism’ legislation over highly contradictory social media entries 5-6 years ago, which he calls “fighting terrorism without stepping out of their office”.

The court ignored the fact that Topchi’s so-called ‘confession’ had been obtained without Topchi being informed of his right to remain silent, something that even the prosecutor had been forced to admit.

It is worth recalling the circumstances behind Topchi providing ‘testimony’, since the events of 31 August 2020 bore all the hallmarks of an abduction. Russian FSB officers and other officers in masks turned up very early in the morning of 31 August 2020 at the homes of Topchi; Crimean Solidarity and Grani.ru journalist Aider Kadyrov; Aider Ablyakimov and Ridvan Umerov.  The men were all taken away, and for most of the day were held incommunicado, with the FSB pretending that they were not in the building and lying to the lawyers who arrived to represent them. Although on this occasion, the pressure brought to bear on the young men did not include physical force, the FSB were aware, and doubtless made use of the fact that, Kadyrov suffers from diabetes and needs food regularly or his blood sugar level can fall dangerously low.  He was only released very late at night in such a weak state that he had been prepared to sign anything they put in front of him.  He retracted this signature as soon as his lawyer was, finally, allowed to see him.

The four men were all charged with ‘failing to inform of a crime’, under Article 205.6 of Russia’s criminal code (on ‘terrorism’).  Here, as in all other cases of political persecution, Russia is in violation of international law by imposing its legislation on occupied territory.  In this case, it would also seem to be ignoring the principle that the law is never retroactive.  The ‘non-denunciation’ article of the criminal code was introduced in July 2016, after the chat on the social network VKontakte which the men were accused of not telling the FSB about.

The FSB claim that Umidzhon Dadadzonov called on the men to take part in fighting in Iraq on the side of the so-called ‘Islamic State’. Not only did the men refuse to do so, but they told Dadadzhonov to abandon such plans and return home.  They did not inform the FSB of the conversation, i.e. did not denounce Dadadzhonov.  There are other reasons why many of us would be loath to denounce  a person, but one major consideration would be the fact that any FSB detainee would almost certainly face torture and could not expect a fair trial

In this case, Kurbedinov notes that the correspondence with Dadadzhonov is extremely contradictory and dubious, with the man giving conflicting information in different entries.  His colleague, Lilya Hemedzhi, who is representing Kadyrov, points out that all the correspondence was up to 2015.  The ‘investigators’ may have initiated criminal charges against Dadadzhonov as well, but these are meaningless and largely incomprehensible as nothing appears to have been learned about his movements and whereabouts after the conversation on a social network page.

It is no accident that Russia has begun its use of this relatively recent article of the criminal code by focusing on the so-called ‘Islamic State’, whose atrocities are widely abhorred.  It is probably only a matter of time before the FSB turn to using such non-denunciation charges against friends or acquaintances of the 80 or more Crimean Tatars and other Ukrainians whom it has charged under ‘terrorist legislation’ on totally fabricated and politically motivated grounds.  Such charges may well be used as a threat to force a person to give false testimony against men who have committed no crime.  Denunciations played a major role in Stalin’s Terror and in the Soviet Union in general, and it is designed to have a corrupting effect now too.  As Kurbedinov puts it, this is a form of intimidation, “so that people see one another as toxic and are generally afraid to speak.  If they suddenly suspect something, they’ll immediately run and write a report about there supposedly being such a terrorist so that they don’t end up themselves prosecuted for concealing information. That is the point of all such prosecutions”.