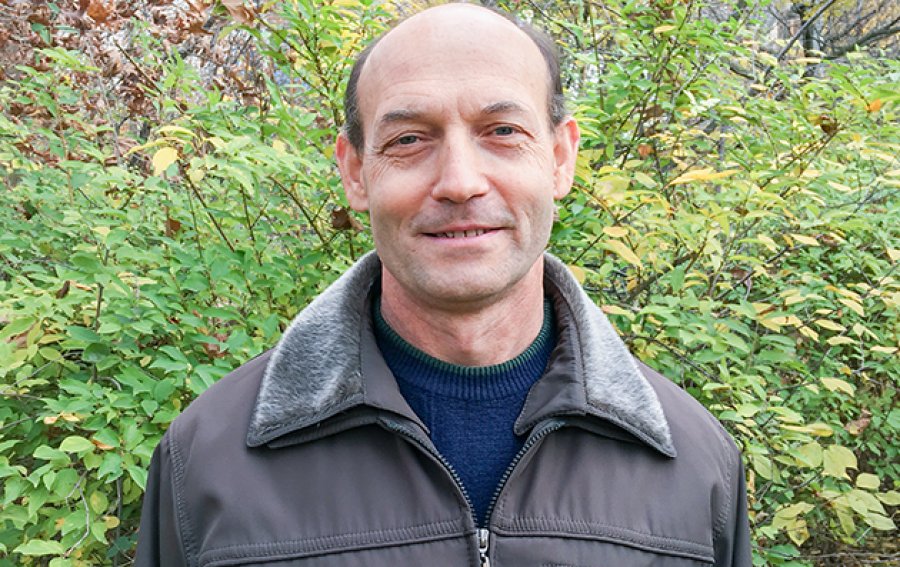 55-year-old Viktor Stashevsky has been sentenced by a Russian-controlled court in Crimea to six and a half years’ imprisonment for reading the Bible and praying together with fellow believers.  This is the worst of three prison sentences illegally passed against Ukrainian Jehovah’s Witnesses over the last year amid a worrying intensification in religious persecution in occupied Crimea.

The sentence was passed on 29 March 2021 by ‘judge’ Pavel Kryllo at the Gagarin District Court in occupied Sevastopol.  The same ‘judge’ is known to have already been involved in one politically-motivated sentence (against Ihor Movenko).  Stashevsky had faced the standard charges which Russia has been using since reinstating Soviet persecution of Jehovah’s Witnesses in April 2017.  He was accused of ‘organizing the activity of a religious organization whose dissolution has been ordered due to extremist activities’, under Article 282.2 § 1 of Russia’s criminal code.  This is appalling religious persecution even in Russia, but is particularly shocking in Crimea where Russia, as occupying state, has no right to apply its own repressive legislation.  There is, of course, no such ban on faith in Ukraine.  The prosecutor had demanded a seven-year sentence.  Kryllo passed a 6.5 year sentence and added a seven-year restriction on Stashevsky’s right to carry out public activities.  Stashevsky, who had been under a signed undertaking not to leave Sevastopol since soon after his original arrest, was taken into custody in the ‘courtroom’.

Stashevsky is married, with two daughters and is also caring for his elderly mother. During his final address to the ‘court’ on 23 March, Stashevsky said: “If I cease to be a Jehovah’s Witness, there won’t be any complaints against me, and the charges will be withdrawn.  However I do not plan to renounce my faith in God.  I have been and remain a Jehovah’s Witness”.

The sentence will, of course, be appealed.   The problem, however, is that Russia is brazenly persecuting believers for their faith, including on illegally occupied Ukrainian territory, and will continue to do so until democratic countries impose more punitive sanctions or other measures to end such persecution  Since Stashevsky is, like a huge number of the Kremlin’s other Ukrainian political prisoners, on Russia’s notorious ‘List of extremists and terrorists’, it would certainly be helpful if the Council of Europe would stop its apparent collaboration with the Russian state body involved in such persecution (details here CoE’s Russian partner persecutes 90-year-old believer & hundreds of Crimean & Russian political prisoners  )

Armed searches were carried out through the night of 4 – 5 June 2019 in at least nine homes in Sevastopol, with computer technology and telephones removed. Stashevsky was detained that evening and taken away, however he was released the following day.  Russian state-controlled media put the number of searches even higher, at over 10, and claimed that they had detained the “leader of an extremist cell” who had “held meetings, carried out propaganda of the ideas of this religious sect and also attracted new members to it”.  Over 70 copies of what they called “extremist literature” were removed, as well as reports about donations, brochures and other material.  This allegedly included “instructions on measures of conspiracy and on talking to law enforcement officers”.  Such words and the general tone of the reports were clearly aimed at presenting the Jehovah’s Witnesses as people involved in something illicit, although such advice to believers is hardly surprising given Russia’s internationally condemned ban on a world faith.

Russia has been illegally enforcing its ban on the Jehovah’s Witnesses in occupied Crimea since November 2018.  Serhiy Filatov, a father of four from Dzhankoy, was arrested after the first round of armed searches during the night from 15-16 November 2018. He too was under a signed undertaking, but was taken into custody on 5 March 2020, after being sentenced to 6 years’ imprisonment (details here).

Artem Gerasimov from Yalta was sentenced that day on identical charges to a huge fine.  It seems likely that this was because Russia wanted to test international reaction to its first imprisonment of a Ukrainian believer from occupied Crimea, since the fine was overturned at appeal level, and Gerasimov sentenced to six years on 4 June 2020 (details here).

At least six Crimeans are currently facing the same flawed charges, with most of them under house arrest, or detention.

42-year-old Taras Kuzio was placed under house arrest following mass armed searches of Jehovah’s Witnesses’ homes in occupied Yalta on 11 March 2021.  There appears to be a slight variation in the charge this time with Kuzio accused of ‘financing an extremist organization’ under Article 282.3 § 1.  of Russia’s criminal code.  There is nothing to suggest that there is any fundamental difference, however, with Kuzio also persecuted for his faith.

On 26 May 2020, the very same day that Filatov’s 6-year sentence was upheld, armed FSB, Rosgvardia and masked OMON [riot police] officers burst into four homes in occupied Kerch on 26 May 2020, with Artem Shabliy, a 29-year-old father of two, arrested.  The criminal proceedings are known to have been initiated by ‘investigator’ Valery Zarubin with Shabliy accused of having “drawn others into the activities of an extremist organization” by discussing the Bible with them.  His ‘trial’ is to begin shortly.

The armed searches on nine Jehovah’s Witness homes in Sevastopol on 1 October 2020 resulted in the arrests of four men: 51-year-old Yevhen Zhukov; Volodymyr Maladyka (57); Volodymyr Sakada (50) and Ihor Schmidt (48)  All of them were remanded in custody the following day, however Sakada and Schmidt were released under house arrest on 24 March this year. Maladyka’s detention was sent for review to the original court on that same day, however he remains in detention, as does Yevhen Zhukov.