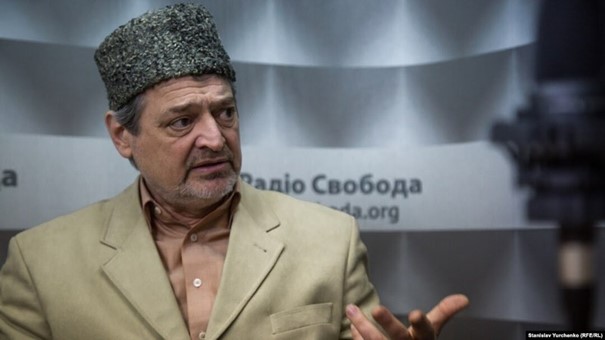 Bekir Mamutov, Chief Editor of the newspaper ‘Qurim’, is on trial in Russian-occupied Crimea for publishing a United Nations report which mentions the Mejlis,, or self-governing body, of the Crimean Tatar people.  The UN report almost certainly speaks of the Mejlis in the context of Russia’s continuing persecution.  Yet four years after the UN’s International Court of Justice ordered that Russia remove its ban, this binding order from a body which Russia has committed itself to obey is never mentioned, and the Chief Editor has been prosecuted, effectively for not tampering with the UN’s report.

Mamutov is facing administrative charges, under Article 13.15 of Russia’s code of administrative offences (so-called ‘abuse of freedom of mass information’) over the publication.  Roskomnadzor, Russia’s effective censor, claimed that the publication had violated Russian legislation since it did not add words about Russia’s ban on the Mejlis as an ‘extremist organization’. The newspaper, as Mamutov doubtless explained during the hearing on 1 April 2021, did not add the words which were not in the original UN report.   The hearing lasted an hour with the magistrate’s ‘court’ at least hearing Mamutov out.  Since nobody from Roskomnadzor turned up at the hearing, it was adjourned until 20 April, a day after the fourth anniversary of the International Court of Justice’s ruling.

Russia will have to answer for its failure to comply with the International Court of Justice’s order, however, just as it fought as long as it could to deny the Court’s jurisdiction, it is now dragging out the examination of the case against it.

The Mejlis made its opposition to Russian occupation of Crimea clear from the outset, and the repressive measures began soon after it called on all Crimeans to boycott Russia’s pseudo-referendum on 16 March, 2014.  If the initial measures mainly targeted individuals, with Mustafa Dzhemilev and the current head of the Mejlis, Refat Chubarov both banned from their homeland, this soon changed. In  September 2014, the Mejlis was evicted from its traditional headquarters, and on Jan 29, 2015, Akhtem Chiygoz, First Deputy Head of the Mejlis was arrested on legally nonsensical charges.  He spent over two and a half years imprisoned, and was sentenced to 8 years, before he and another persecuted Mejlis leader, Ilmi Umerov, were released into exile, almost certainly in a deal involving Turkey handing over two Russian state assassins accused by Istanbul of a political killing and of spying.

The ban received international condemnation and, as mentioned, was specifically mentioned in the provisional measures imposed by the UN’s International Court of Justice on 17 April 2017.

Instead of complying, Russia has instead used politically motivated prosecutions to try to discredit the Mejlis, with one of these particularly shocking.  On 23 November 2017, the FSB, flanked by Rosgvardia and OMON riot police, carried out an armed raid of two cafes, causing the death of 83-year-old Vedzhie Kashka through the force they applied when arresting the world-renowned veteran Crimean Tatar activist.  They also arrested four other respected members of the Crimean Tatar national movement, men in their fifties and sixties.   Although none of them was a member of the Mejlis, Russian and Russian-controlled media systematically presented them as members of the Mejlis, alleging that weapons and drugs had been found during searches (details here).