Report on the monitoring visit to the state institution “Berdiansk Correctional Colony No.77”

The Report on the monitoring visit to the state institution “Berdiansk Correctional Colony No.77”, of the minimum security level (for holding male prisoners convicted for the first time for the minor offences), including the pre-trial detention unit, carried out on 8 April 2021 by the group consisting of a people’s deputy of Ukraine, Kostyantin Kasai; Head of the Advisory Council to the President of Ukraine on Ensuring the Rights and Freedoms of Defenders of Ukraine Alyona Verbytska; executive director of UHRU; Olexandr Pavlichenko; a representative of the office of the VRU Commissioner for Human Rights, Valeriya Baturinska. The visit of three members of the Advisory Council on Ensuring the Rights and Freedoms of Defenders of Ukraine (K. Kasai, А. Verbytska, О. Pavlichenko) was aimed, in particular, at clarifying the detention conditions of the persons who participated in the defence of Ukraine, studying the materials of their cases and clarifying the possibility and necessity of mitigating or reducing the punishment imposed on them.

State institution “Berdiansk Correctional Colony No.77” is a minimal security level institution for holding male prisoners convicted for the first time for the minor offences. On the day of the visit the colony was accommodating 302 convicts, one person was in pre-trial detention unit. Chuvakov Sergiy Victorovych is the acting Head of the Colony in absence of the appointed Head, he accompanied the group with other employees of the administration. 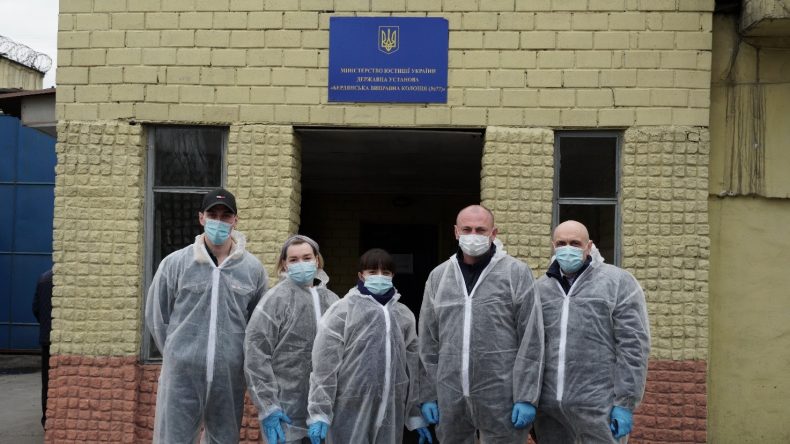 The group visited the quarantine unit that contained the convicts who were brought to the colony on 5 April 2021 for a stage. The new stage arrived consisting of 24 convicts, according to the internal schedule rules, they were placed to the quarantine unit for 14 days.

The newly-arrived persons reported that after that stage arrived to Berdiansk in a train car (“Stolypin”), while leaving the train car and going to the paddy wagon (the distance of no more than 1 meter) the representatives of the National Guard hit every person walking that corridor with batons. It happened in the afternoon on 5 April, between 12 pm and 3 pm (the convicts could not provide the exact time). 21 out of 24 persons reported about the baton hits. Two persons returning from treatment and one person who was much older than others (around 60-65 years old) were not hit. All others were hit with batons one or several times, that procedure is called “registration”.

Two persons reported the physical injuries (see photos with injuries from a blow to the head and forearm). We have documented those injuries and add their photos to this application with the certificate of fixation of those injuries.

The administration of the institution has documented the injuries, it is fixed in the corresponding log, the local prosecutor’s office was notified, and on, 7 April a prosecutor visited BCC-77 to clarify those issues.

During the conversation with the newcomers, we have also received the information about the following:

During the day the convicts are not allowed to sit, they stand the entire time. They thanked the group for the visit, because it provided the opportunity to sit for some time and let the legs rest.

The “physical exercises” were mentioned separately. It is a coercion in the form of physical abuse. The convicts confirmed that they were forced to squat for 1000 or even 5000 times. When asked who was forced to do 1000 squats, several convicts raised their hands.

The role of the voluntary assistants of the administration should be noted. Those are basically the same convicts, but they are entrusted with the functions of the administration, and they fully manage other convicts. Those assistants wear the uniform of another colour (coloured black), and while this uniform is not of an established sample, some of those assistants wore branded civilian clothes. Those assistants provide the discipline and control over the prisoners, establishing their own means and the system of influence, which consists of physical and mental pressure, intimidation. What the results of the "drills" look like will be described below.

It is impossible to send the letters with complaints from the colony, they do not reach the recipient. (it was reported by those convicts who had already served their sentence in this colony and returned after leaving to medical institutions or because of trial). It was recommended to send the information to the address of the VRU Commissioner of Human Rights, such correspondence is not subject to control by the administration of the institution.

The convicts also stated that they do not know about the possibility to contact the local Free Legal Aid centre and receive a legal advice from the lawyers of such centre. They were provided with contact information of such centre (the information is located on the board, available for the convicts). It is necessary to arrange the regular visits of the lawyers from FLA system (periodically, one or two times a month) for the purpose of providing legal advice to the convicts. 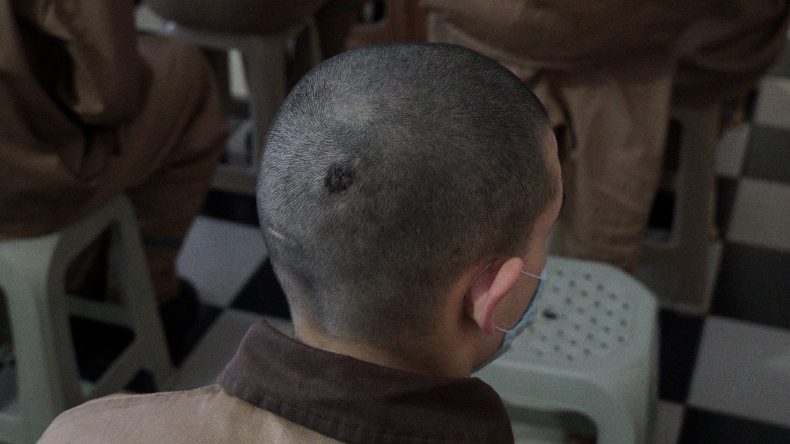 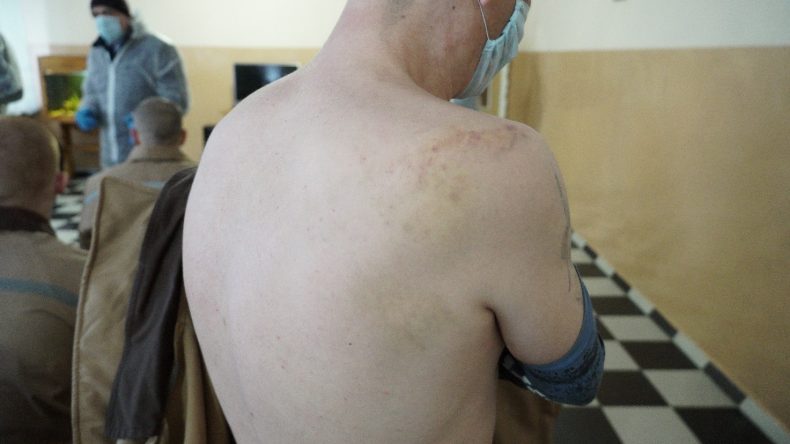 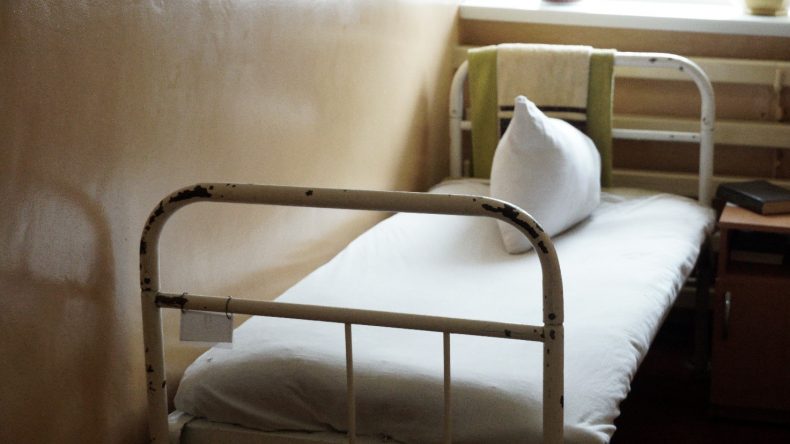 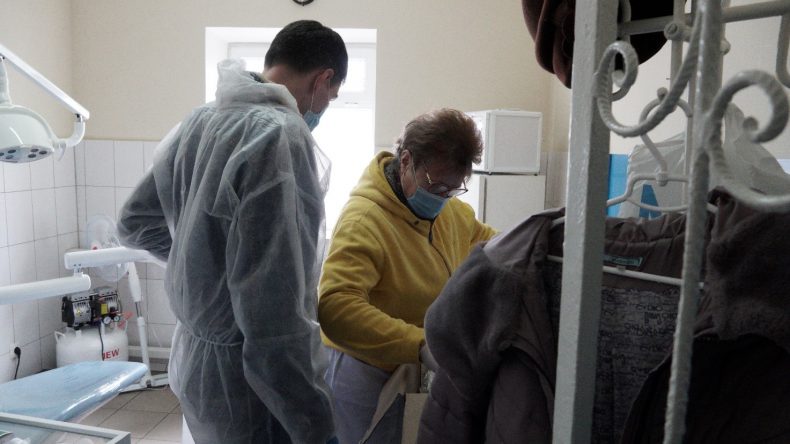 Discipline in the colony and voluntary assistants of the administration

In the minimum security level colony the convicts are subjected to cruel “drills”, even during a short stay in the colony it became obvious that the convicts are under a strict control and do everything following orders. The question about the price of that discipline was not answered.

It is seen on the photos and the video that the convicts walk in formation, marching in step (obviously, not on their own free will, they are forced). The “drills” and control over the movement of the convicts are managed by the voluntary assistants of the administration who are entrusted with the powers of the administration of the institution. Those assistants have other uniform (the question is, on what grounds do they differ in clothing from other convicts, who established such rules?). 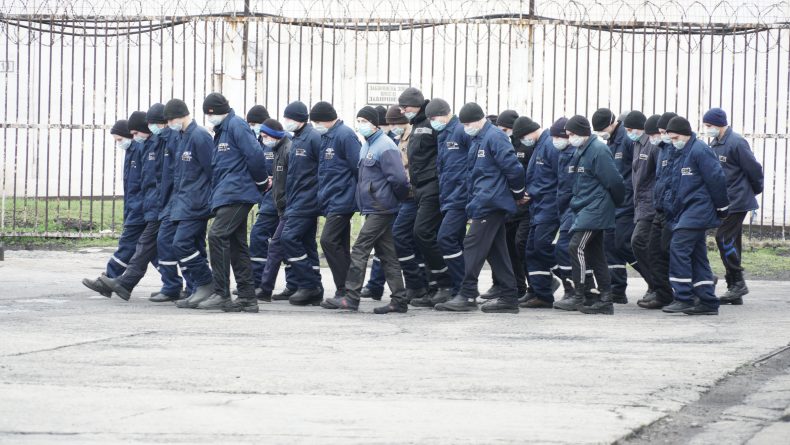 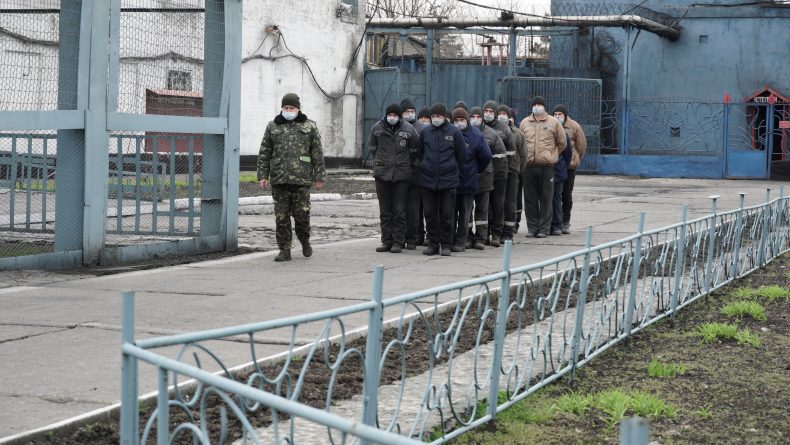 The categorical demand is to remove these assistants altogether and to destroy the “hazing” in the colony supported by the administration.

According to the Head of the colony, on the day of the visit there were no convicts in the unit of DISO-CTP. According to the administration, the last placement to the DISO unit was approximately in 2019. Meaning that at least for the last year and a half no convicts were placed in DISO or CTP. As was noted by the Committee for the Prevention of Torture in its Report, in paragraph 25 of the Report, “Colony No. 77 incredibly rarely resorted to official disciplinary measures, in particular, the disciplinary isolation. That fact, in addition to the previous observations, indicated the existence of unofficial disciplinary system used by both the colony officers and “duty prisoners”.

In the colony the convicts in several units are involved in work in the production area. In particular, it is a sewing factory, which manufactures nets from synthetic materials. 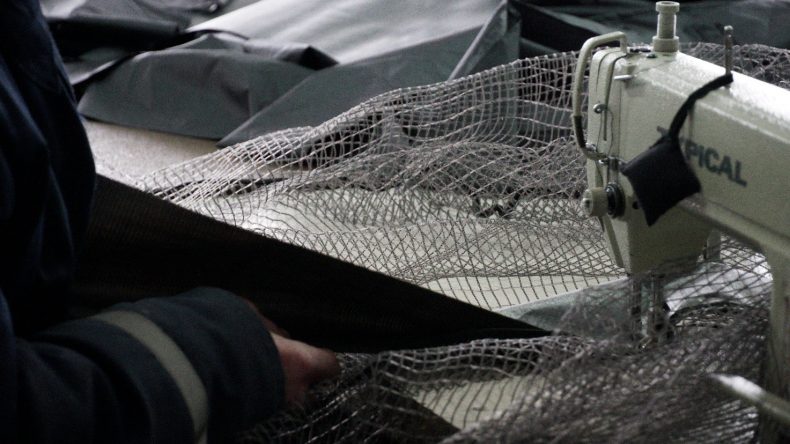 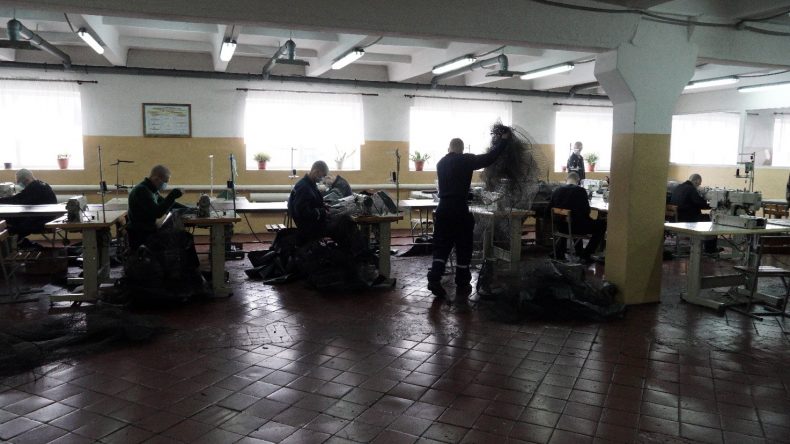 The colony has a carpentry area where cable reels are made.

Individual issues that need to be addressed:

17 persons in the colony (of the newly arrived) do not have the passports. The local fee is not paid by agreement with the local authorities (the certificate is issued free of charge by a local government, preparing a copy of the birth certificate), however, it is necessary to pay for the issuance of a form in State Migration Service, in the amount of UAH 360 for one passport, and not all convicts have such money. Without the documents they cannot work in production and earn money. This problem is inherent to all colonies and requires solving.

Persons released from serving a sentence shall be provided with free travel to their place of residence or work within Ukraine.

There is no answer to the question of how to actually (at the expense of which payments) provide free travel after release to the place of residence. The colony cannot buy travel documents at its own expense.

On the day of the visit there were three persons in the colony who could not write and did not have any education. all three are Roma, and there is a problematic issue on how to improve the level of their education, using the time of their stay in the colony.

The participants of this monitoring visit are members of the Advisory Council on Ensuring the Rights and Freedoms of Defenders of Ukraine, therefore, a separate issue studied during the visit was the stay of persons sentenced to imprisonment in this colony.

It was established that one such person was imprisoned in that colony, the convict N. The members of the Advisory Board considered the materials of his personal file, taking into account the severity of the sentence, the proportionality of the sentence in relation to the gravity and danger of the crime, the possibility and necessity of applying amnesty for this convict.

NB. A part of the report is confidential and is not published because it contains personal data and other information that may harm the persons who are in a vulnerable position.

Alyona Verbytska, Head of the Advisory Council under the President of Ukraine on Ensuring the Rights and Freedoms of Defenders of Ukraine

Oleksandr Pavlichenko, Executive Director of the Ukrainian Helsinki Human Rights Union, Member of the Advisory Council to the President of Ukraine on Ensuring the Rights and Freedoms of Defenders of Ukraine