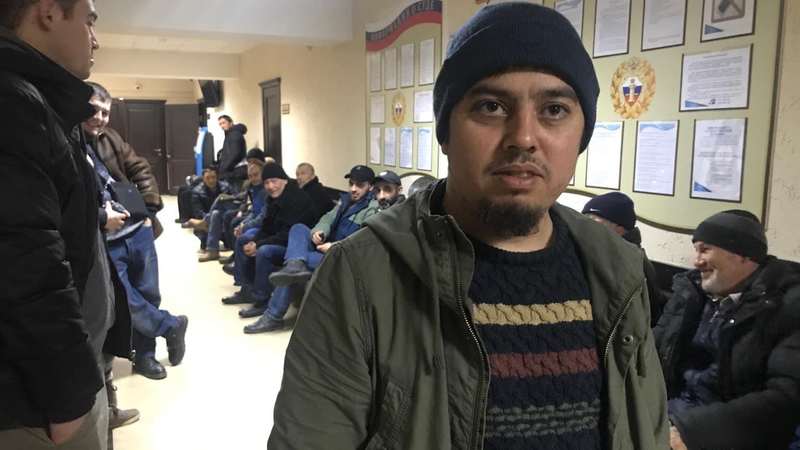 The Russian FSB came for Ernest Seitosmanov at 6 a.m. on 28 April, almost exactly three years after the first such armed ‘search’ which ended with his brother, Enver, arrested and later sentenced to 17 years without any crime.  On this occasion, Ernest was released, but only late in the evening and only after he agreed to sign an undertaking not to reveal what the interrogation, carried out without a lawyer, was about.  The FSB have already used reprisal charges against one Crimean Tatar who had the courage to retract ‘testimony’ given under torture, and there is every reason for concern about the tactics used against Ernest Seitosmanov.

This is not the first time that such armed ‘operations have been carried out, without any justification, during the Holy Month of Ramadan.  Around eight people burst into Seitosmanov’s home at 6 a.m., with this number including the so-called ‘official witnesses’ whom the FSB invariably, and quite illegally, brings with them.  He had no time to call a lawyer and the FSB then took his phone away from him.  They returned it only when releasing him late in the evening, however even then he could do nothing since they had removed the battery (without any protocol recording this).

The FSB twisted his arms behind his back with three of the men seizing him by the feet.  One of them held him so tightly that he couldn’t breathe and feel faint.  He recounts that at this point, the FSB ‘investigator’ told his subordinates to release him as “he’s already white”.

This is Ernest Seitosmanov’s third such ‘search’ and, without a lawyer present, he refused to sign the protocol demanded of him.  The FSB had asked what ]prohibited items’ he had, which was easily answered since he had none.  By ‘prohibited items’, the FSB mean books and over the last two years, there have been several occasions when they brought books that they then claimed to have ‘found’.  The fact that they did not do so on this occasion, especially when Seitosmanov lives alone, suggests that the operation was simply to terrorize or for some other purpose.

He was held through the day at the FSB buildings in Sevastopol and interrogated, although he cited Article 51 of Russia’s Constitution which states that a person can refuse to testify against himself or family members.  It was his lawyer, Emil Kurbedinov who later explained to Crimean Solidarity that his client had been forced to sign an undertaking not to divulge any details. 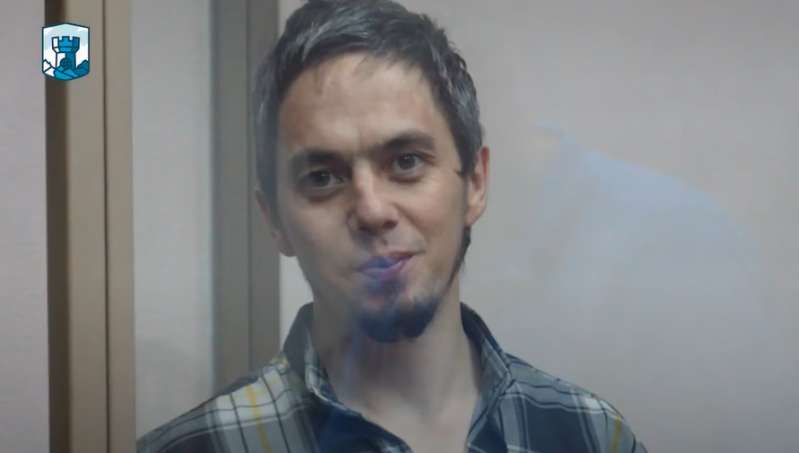 Enver Seitosmanov was detained on 10 May 2018, together with Ernest, after an armed search of their home in occupied Sevastopol. Only Enver was charged with ‘involvement’ in the peaceful Muslim Hizb ut-Tahrir movement and remanded in custody.  Hizb ut-Tahrir is legal in Ukraine and most countries, and the secretive Russian Supreme Court’s 2003 ruling declaring it ‘terrorist’ was not based on any evidence of terrorist activities anywhere in the world.  Vitaly Ponomaryov from the authoritative Memorial Human Rights Centre, believes that Russia may have declared the organization terrorist to make it easier to extradite people to Uzbekistan where they faced religious persecution and torture. Memorial considers all those charged with ‘terrorism’ merely on the grounds of unproven ‘involvement’ in Hizb ut-Tahrir, including Seitosmanov, to be political prisoners.

The first armed search of the brothers’ home was in January 2015, when three of the first four Crimean Tatars, including the brothers’ cousin, Nuri Primov, were arrested on these flawed ‘Hizb ut-Tahrir  charges’.

Back in 2015, the FSB target was Ernes Seitosmanov, and no arrest was made.  It is unclear why, over three years later, the FSB should have decided to come after Enver Seitosmanov, but it was categorically not some new and compelling ‘evidence’.   Nor was it any testimony from the four men already imprisoned, all of whom refused to provide false testimony.  Ruslan Zeytullaev, who is serving a 15-year sentence, had been positively threatened with new criminal charges for not ‘cooperating’, but remained firm.

The ‘evidence’ presented by prosecutor Igor Nadolinsky in demanding that Enver Seitosmanov be imprisoned for 17 years was information from telephone operators indicating that Seitosmanov had spoken with his cousin Nuri Primov, as well as Rustem Vaitov and Ruslan Zeytullaev.

In April 2019, the prosecution increased the charges against Seitosmanov to ‘organizing a Hizb ut-Tahrir group’ under Article 205,5 § 1 of Russia’s criminal code. This carried a significantly greater sentence than the ‘involvement’ in such a group that he was originally charged with, 11 months earlier (Article 205,5 § 2) .  Neither the prosecutor, nor the judges bothered their heads about how Seitosmanov could have been the ‘organizer’ of a group involving the first four men arrested if he had never had any contact with the fourth man, Ferat Saifullaev.

An additional charge, under Article 278 of Russia’s criminal code, was added, with this punishing for something termed “action aimed at the violent seizure of power … or aimed at violently changing the constitutional order of the Russian Federation”.  No weapons or explosives were found in Seitosmanov’s homes, and neither he, nor any other defendant in such cases, has been accused of any recognizable crime.

All of the above, as well as the flawed nature of the testimony of the ‘secret witness’, were ignored by presiding judge Sergei Mikhailovich Gorelov; Alexander Vasilyevich Generalov and Nikolai Sergeevich Gulko from the Southern District Military Court in Rostov-on-Don who on 5 December 2019 passed the 17-year year maximum security imprisonment sentence demanded of them.  This was upheld on 16 April 2020 at appeal level, by judge Anatoly Solin.

As mentioned, the FSB have since revenged themselves against Ruslan Bekirov, who stated in court during the trial that FSB officers had used physical and psychological pressure to force him into giving false testimony.  See: Revenge sentence against Crimean Tatar for refusing to lie in Russian political trial

PLEASE WRITE TO ENVER SEITOSMANOV!  Any letter or card tells him that he is not forgotten, and also send an important message to the Kremlin that they are under scrutiny..  They do, unfortunately, need  to be in Russian, and on ‘safe’ subjects.  If that is a problem, use the crib letter below, perhaps adding a picture or photo.  It is good to enclose thin paper and an envelope, giving your address clearly in case he is able to reply.