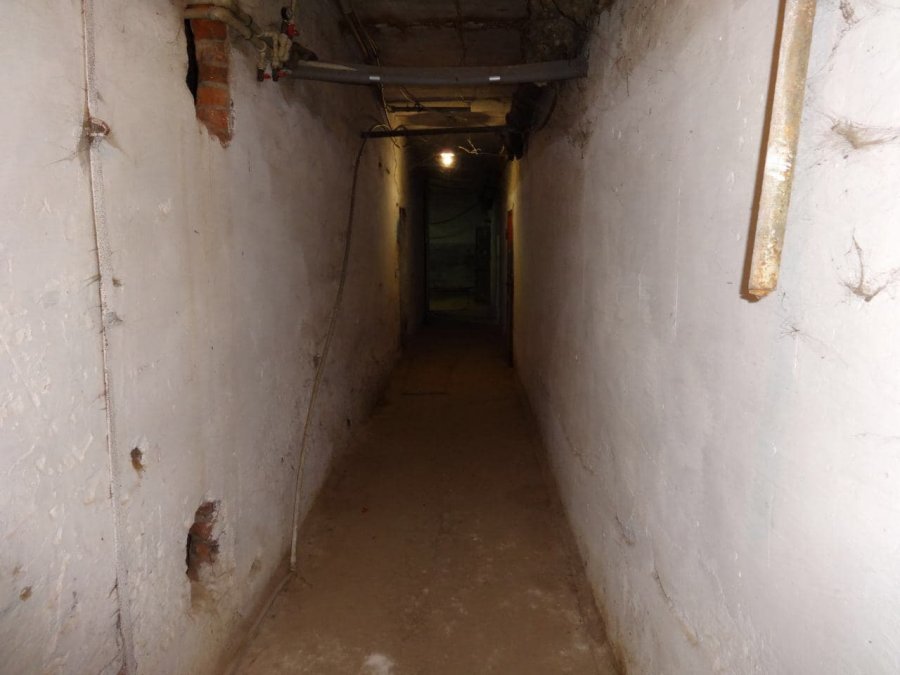 Yevhen Brazhnikov is to go on trial in Ukraine a year and a half after his inclusion in the list of hostages and prisoners of war released by the Russian-controlled militants in Donbas aroused anger and bemusement  Former hostages have provided harrowing accounts of Brazhnikov’s active participation in their torture and that of other prisoners at the notorious Izolyatsia secret prison in Donetsk.

The official announcement on 13 May from the department within the Prosecutor General’s Office dealing with crimes committed during the military conflict does not actually name Brazhnikov.  The man in question, who is to be tried for torturing hostages at Izolyatsia is described as a militant from a Russian illegal armed formation – generally referred to as the self-proclaimed ‘Donetsk people’s republic’ [‘DPR’].  The indictment which has just been passed to the court is on charges of abetting the actions of a terrorist organization and ill-treatment of civilians (Article 258-3 § 1 and Article 438 § 1 of Ukraine’s Criminal Code).  The investigation was carried out by Ukraine’s Security Service [SBU].  They assert that from April 2014 to December 2019 Brazhnikov worked for this illegal armed formation by carrying out the instructions of the so-called ‘DPR ministry of state security’ which is in charge of the underground Izolyatsia prison.  He is accused of having tortured and inflicted bodily injuries on Izolyatsia inmates to get them to ‘confess’ to supposed crimes.

“It has been established that nine civilians suffered as a result of the actions of the accused, with this being a serious violation of the 1949 Geneva Convention on the Protection of Civilians in Time of War” [the Fourth Geneva Convention].

The report ends by saying that 78 victims of torture at Izolyatsia have so far been identified.

Stanislav Aseyev is a Ukrainian writer and journalist who was imprisoned by ‘DPR militants’ for 31 months, most of that time at Izolyatsia.  He was also released in the 29 December 2019 exchange and openly spoke of the failings in the exchange system which had led to people like Brazhnikov being released.  He told Radio Svoboda that he hopes Brazhnikov will be found guilty and will receive the maximum penalty.  He noted that there are nine people who suffered directly from Brazhnikov, as well as former hostages or POWs who witnessed his ill-treatment of Izolyatsia prisoners.

Brazhnikov himself has always denied taking part in any such activities and has pointed to the fact that there is no material evidence, ‘only’ other people’s testimony.  The amount of such witness testimony is, however, overwhelming.  According to Stanislav Pechonkin, a former Izolyatsia prisoner, Brazhnikov is an ex-police officer who actively helped run pro-Russian rallies and attacked participants of pro-Ukrainian demonstrations.  He was imprisoned himself at Izolyatsia over some kind of deal involving weapons.

Brazhnikov was formally charged in March 2020 and placed under 24-hour house arrest.  There are strict time limits on periods of house arrest, and at present he is at liberty.  The trial is due to begin at a court in Pokrovsk (Donetsk oblast) on 8 June.  The prosecutor had asked the Supreme Court to transfer the trial to Kyiv, but the latter refused.  The grounds for the refusal are unclear, unlike the arguments for keeping the trial away from the Donetsk oblast where participants in the court proceedings are more likely to have relatives living in occupied Donbas, potentially creating a conflict of interest.  The former Izolyatsia hostages, who have victim status in this case are: Stanislav Aseyev; Roman Hys; Oleh Kulakov; Ihor Kulysh; Stanislav Pechonkin; Kyryllo Polikarpov; Oleksandr Repetylo; Oleh Suherei and Serhiy Usatiuk.

The Izolyatsia Cultural Centre, on the territory of a former factory complex, was seized by Roman Lyahin and other militants in June 2014 and according to multiple sources, including the Office of the High Commissioner for Human Rights, was immediately turned into a prison. Its existence is denied by the DPR militants themselves, and no international organizations have been allowed into it, but there are multiple accounts from former inmates, including Stanislav Aseyev, Stanislav Pechonkin, Halyna Hayeva, Tetyana Honcharova and many others.  Although the charges against Brazhnikov appear to be of using torture to extract ‘confessions’, Hayeva and others have spoken of sadist perpetrators torturing for the sake of it.

While it is certainly a positive development that this trial is beginning, there remains very little (if any) progress on the trial of Roman Lyahin, and he does not appear to be charged over his undisputed role in the seizure of Izolyatsia in June 2014.

Among the hostages still held prisoner in ‘DPR’, many have spent huge amounts of time and been tortured at Izolyatsia.  In very many of the cases, this was almost certainly for their pro-Ukrainian position.

See for example: Tortured and jailed or killed for the Ukrainian Flag and for supporting Ukraine in occupied Donbas