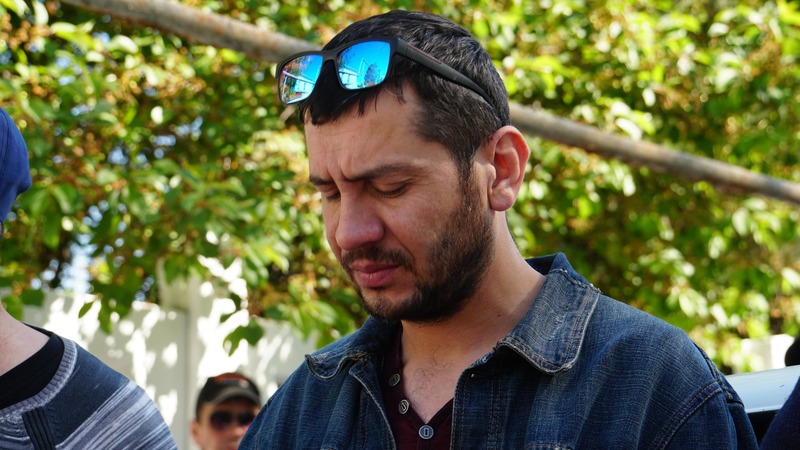 A second Crimean Tatar has been convicted in Russian-occupied Crimea of failing to report to the FSB a person he had chatted with on a social media page six years ago.  The sentence this time – a 30 thousand rouble fine -  was five thousand roubles higher than that demanded by the ‘prosecutor’, further confirming that the charges were always a pretext for an offensive against Aider Kadyrov, a Crimean Solidarity and Grani.ru journalist writing about armed arrests and political trials in Crimea.  Kadyrov himself stated in his final address to the court on 12 May that the charges were politically motivated, aimed at putting pressure on him and the Crimean Tatar people, as well as on all colleagues involved in journalism in Crimea and providing coverage of political repression.  He added that the so-called “investigative measures on 31 August 2020, and the manner in which he was treated , were “deliberate policy, aimed at intimidating me and my people so that we adopt the position which the authorities need”.

As reported, the FSB and other armed officers, many in masks, turned up at the homes of four Crimean Tatars at 6 a.m. on 31 August 2020.  After carrying out searches, they took Kadyrov; Enver Topchi; Aider Ablyakimov and Ridvan Umerov away ‘for interrogation’.  Lawyers, called by Crimean Solidarity, were prevented from seeing men, while family members were told – falsely - that the men were not in the FSB building.

This was especially worrying in Kadyrov’s case as he suffers from diabetes and needs to take food regularly to prevent his blood sugar level from falling dangerously low.  The FSB were fully aware of this before Kadyrov was taken away and essentially used it as a lever to force the young man to sign whatever they demanded of him. The method was brutal and nearly worked. By the time lawyer Alexei Ladin was finally able to get to Kadyrov at 11 p.m., he was so weak and tormented that he signed the document put in front of him. With Ladin present, however, he retracted his signature.  One of the other men’s lawyers said that his client had been put under enormous pressure to say that he did not want the lawyer’s services.  This has become standard abuse in occupied Crimea, with the FSB frequently holding detainees incommunicado, and applying torture or other illegal methods until the person agrees to ‘confess’ to whatever it is that the FSB say that they did. It might seem that such ‘confessions’ are of little worth if they get retracted as soon as the men detained gain access to a proper level.  Unfortunately, this is not the case. On some occasions, the men are prevented from seeing a lawyer for so long that they agree to ‘be represented’ by state-appointed individuals whose ‘legal assistance’ consists of trying to push the men into confessing to everything.  Even where the men do get proper lawyers, and retract such ‘testimony’, the prosecution invariably tries to cite the retracted ‘confession’, with the defence’s objections seldom upheld.

The above ‘operation’, it transpired, was in connection with a discussion the men had taken part in on VKontakte back in 2015.  This was a full year before the notorious changes to Russia’s legislation on so-called ‘terrorism’ or ‘extremism’ which established criminal liability for failure to denounce somebody to the FSB (Article 205.6 of the Russian criminal code’s norms on ‘terrorism’).

The FSB claim that, on VKontakte six years ago, an individual called Umidzhon Dadadzonov encouraged the men to take part in fighting in Iraq on the side of the so-called ‘Islamic State’. Not only did the men refuse to do so, but they told Dadadzhonov to abandon such plans and return home.  They did not, however, denounce Dadadzhonov to the FSB.

Lawyer Emil Kurbedinov, who represented Enver Topchi, has pointed out that the correspondence with Dadadzhonov is extremely contradictory and dubious, with the man giving conflicting information in different entries.  There is no correspondence after 2015, nor is there anything to suggest that the FSB know of Dadadzhonov’s movements after that time.

After Topchi was the first to be convicted on 25 March, Kurbedinov described the prosecution as legally flawed to the core.  The FSB had been forced to acknowledge that no sentence had been passed against the person whom the four men were accused of not denouncing.  Since Dadadzonov has not been convicted of any crime, he is innocent before the law, making any conviction for not denouncing him legally absurd. The FSB, Kurbedinov said, were getting themselves good statistics on ‘fighting terrorism’ without stepping out of their office.

Russia has almost certainly decided to use general revulsion over the methods used by the so-called ‘Islamic State’ to try out a new norm which could become a very dangerous new weapon of repression. It may well be merely a question of time before the FSB turn to using such non-denunciation charges against friends or acquaintances of the 80 or more Crimean Tatars and other Ukrainians whom it has charged under ‘terrorist legislation’ on totally fabricated and politically motivated grounds.  The threat of such charges may be used to frighten people into giving false testimony against men who have committed no crime.