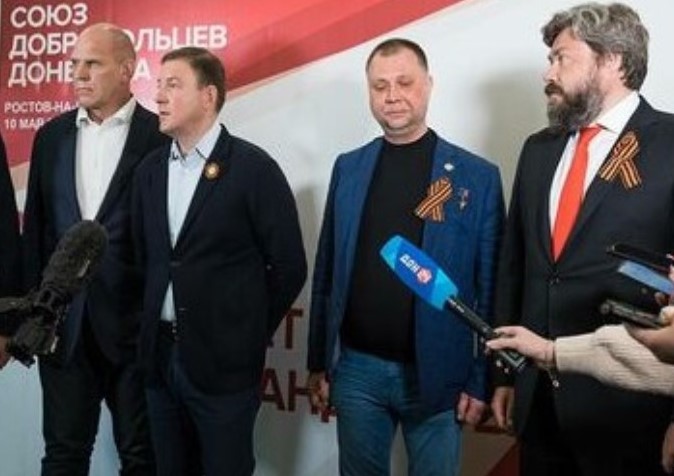 Alexander Borodai, Russian nationalist and one of the first leaders of the Russian proxy ‘Donetsk people’s republic’ [‘DPR’] looks on track to become a deputy in Russia’s State Duma.  He, and possibly other former militant cronies, have the public endorsement of the ruling United Russia party making success in an event that bears little resemblance to democratic elections near guaranteed.

Borodai was ‘prime minister’ of the so-called ‘Donetsk republic’ until the downing of Malaysian airliner MH17 by a Russian BUK missile on 17 July 2014 prompted Moscow to remove the Russians in charge of a purportedly ‘Ukrainian separatist republic’.  He has always followed Moscow’s narrative about any Russians fighting in Ukraine being there as ‘volunteers’, and now heads an organization called ‘the Union of Donbas Volunteers’.

It is worth noting, however, that the Joint Investigative Team and Dutch Prosecutor, investigating the downing of MH17 over occupied Donbas, have made public an intercepted call in which Borodai can be heard stating that he is “carrying out orders and protecting the interests of one and only state, the Russian Federation’  Borodai is also on record for saying that if it had not been for Russian President Vladimir Putin and Russia, the so-called ‘Donetsk and Luhansk people’s republics’ would not exist and he and other ‘volunteers’ would be dead.

There are equally strong grounds for assuming high-level patronage and control of the so-called Union of Donbas Volunteers.  This Russian NGO was created in 2015 under the patronage of Viacheslav Surkov, the former aide to Russian President Vladimir Putin, who is widely assumed to have been in charge of the so-called ‘republics’.  According to Ukrainian researcher on occupied Donbas, Maria Kucherenko, the ‘Union’ is a paramilitary organization made up of mercenaries who fought not only in Donbas, but also in the Balkans and in Transnistria.  They claim to have over 14 thousand members throughout the Russian Federation, and could certainly not exist without high-level patronage.  Kucherenko notes that the Union’s paramilitaries have been used to disperse opposition rallies in various Russian cities.

If rewards for doing the Kremlin’s dirty work were earlier unofficial, that may now be changing.  On 10 May the ruling United Russia party very publicly signed an agreement of collaboration with the Union of Donbas Volunteers.  Andrei Turchak, secretary of the party’s general council, openly stated that the party wants “to open doors” so that members of the Union of Donbas Volunteers can be represented at all levels of power, including in the State Duma.  Turchak was accompanied by Duma deputy Dmitry Sablin and by the head of the ‘United Russia primaries committee’, Alexander Karelin.  The latter stated that the agreement between these two bodies demonstrated that the party “does not abandon its own”.  Borodai was even clearer whom they owe their support to, calling the United Russian party “first and foremost the party of President Vladimir Putin” and saying that they owe the survival of the so-called ‘republics’ specifically to him. “Of course, we are willing to support Putin’s party”.

This public support for a paramilitary outfit which, despite its name, is made up of mercenaries, does appear to be linked with Putin’s citizenship act of aggression against Ukraine.

Putin issued his first decree on 24 April 2019, making it easier for residents of the so-called Donetsk and Luhansk ‘republics’ to get Russian citizenship.  He claimed that this was ‘a humanitarian’ move, although rumours that this was planned had been accompanied by comments about how successful such mass issue of passports had been in the Georgian regions of South Ossetia and Abkhazia.  On 17 July 2019, Putin contradicted his own ‘humanitarian’ excuse by issuing a second decree, this time making it possible for all Ukrainians in the Donetsk and Luhansk oblasts (Donbas) to receive Russian citizenship according to ‘simplified procedure’, even if they live on Ukrainian government controlled territory.  Both moves were condemned by the international community, with the EU, for example, calling Russia’s actions “an encroachment on Ukraine’s sovereignty” and in breach of the Minsk Agreement. On 10 October 2019, the EU stated that it did not recognize Russian passports issued in occupied Donbas, and that they were issuing guidelines to member states on how to recognize such documents and not recognize them.

The ‘republics’ themselves and Russia are claiming that as many as 8-900 thousand Donbas residents have taken such citizenship, with that meaning potentially half a million being entitled to vote.  In fact, a study carried out by the Donetsk Information Institute (DII) in October 2020 found the number to be significantly lower.  That, however, is not something that Russia would want to broadcast.   Nor does it need to since all these ‘elections’ have been rigged for many years, with Russia using Kremlin-loyal ‘observers’, often from far-right European countries, to say that they were run impeccably.

Moscow is clearly counting on people forgetting when it was that Russia began artificially creating a significant ‘Russian population’ in Ukrainian Donbas, and on political dividends from this new ‘electorate’.

Ukrainian journalist Andriy Dikhtyarenko says that Borodai “symbolized the direct colonial management of Russia’s occupied territory. He even picked [his successor] Alexander Zakharchenko, by brutally speaking, pointing at him, saying this person is simple, from Donetsk, he’ll do.  That is, 100% a Russia agent who fulfilled a certain mission, and when it ended, left Donbas, leaving it to be plundered by local ‘kings’ and other Russian fixers”.

Now, it seems, Borodai is to take part in the Kremlin’s new mission.