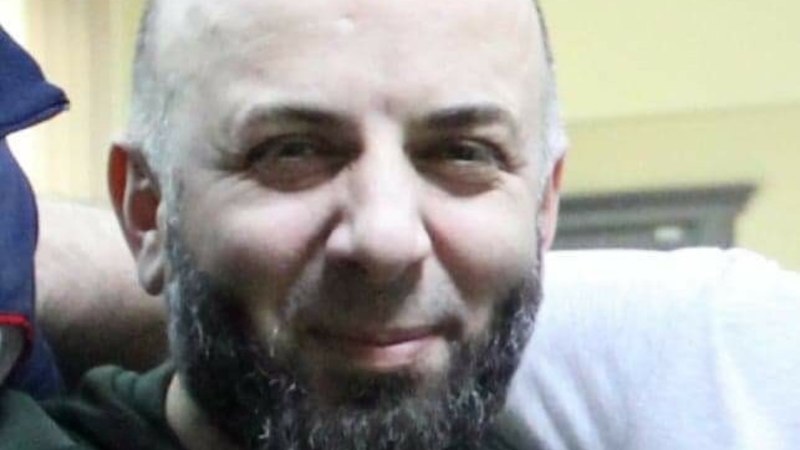 A Russian court in 2019 sentenced Teymur Abdullayev to 17 years’ imprisonment, without any crime, and now Russian prison staff are subjecting the 46-year-old Crimean Tatar political prisoner to effective torture by failing to provide proper medical care and holding him in a SHIZO, or punishment cell.  His mother, a doctor, is seriously concerned by his condition, and suspects that he is suffering from inflammatory cardiomyopathy, or an inflammation of the heart muscle, as a result of having contracted Covid-19 in November 2020.  He should have been placed in a medical unit back then, but was instead simply returned to the SHIZO and his general state of health has accordingly deteriorated still further.

Veteran Russian human rights defender, Lev Ponomaryov has sent the head of the Penal Service in Bashkortostan a formal request for information about why Abdullayev has been held in SHIZO for so long.  For the moment, no answer has been forthcoming.  Russia is holding a very large number of Crimean Tatar and other Ukrainian political prisoners in captivity, with many of them constantly thrown into punishment cells on fabricated charges or held in near permanent solitary confinement.  Teymur Abdullayev believes that he has spent almost all of the last 14 months in SHIZO because of his refusal to collaborate with Russia’s FSB by providing the false testimony they demand against other Crimean Tatars.  There is considerable evidence that the FSB are using pressure, torture and threats of imprisonment to obtain such ‘testimony’, and Abdullayev would not be the first political prisoner to face reprisals for rejecting such demands.

Serious long-term symptoms after Covid are experienced even by people who were in good health before their illness and who received proper treatment.  Teymur Abdullayev and his brother, Uzeir, have been imprisoned, in the appalling conditions of Russian-controlled Crimean or Russian penal institutions since 12 October 2016, and their health has been gravely compromised.  Proper medical tests are clearly required, but are not being provided.  In March this year, Abdullayev’s lawyer, Emil Kurbedinov reported that the Office of the UN High Commissioner for Human Rights [OHCHR] had begun monitoring the situation.  The problem is, however, that the prison staff invariably claim that everything was in accordance with regulations, and without the detailed list of alleged ‘infringements’ which Lev Ponomaryov has yet to be given, it is difficult to fight this.  The same applies to concerns about Abdullayev’s state of health in the absence of a proper medical examination and tests.

The very conditions of a SHIZO are highly detrimental to ones state of health.  A person has virtually no time outside a tiny, badly heated, cell, where the bunk bed is only lowered for several hours from late at night, and raised by about 4-5 a.m.  This means that Abdullayev can only stand or sit on an uncomfortable wooden stool for most hours of the day.  Russia has been found in violation of Article 8 of the European Convention on Human Rights (the right to family life) through its imprisonment of prisoners very far from their homes. In the case of Crimean Tatar and other Ukrainian political prisoners, Russia is also in breach of the Geneva Convention which expressly prohibits an occupying state from taking citizens from occupied territory.

Teymur and his brother Uzeir Abdullayev, Emil Dzemadenov; Rustem Ismailov and Aider Saledinov have been imprisoned for close on five years.  All have been recognized as political prisoners by the renowned Memorial Human Rights Centre, and their release has been demanded in countless UN, OSCE, European Parliament and other resolutions.  As well as pointing to the gravely flawed charges against the men, Memorial HRC has also stressed here and in all such ‘trials’ of Crimean Tatars and other Crimean Ukrainians that Russia is an occupying state, and as such is in breach of international law by using its own legislation on occupied territory..

PLEASE HELP Teymur and other political prisoners by asking politicians and human rights NGOs in your country to react to such inhuman treatment in violation of international law.  Please also write to Teymur and Uzeir Abdullaev; Emil Dzhemadenov; Rustem Ismailov and Aider Saledinov!