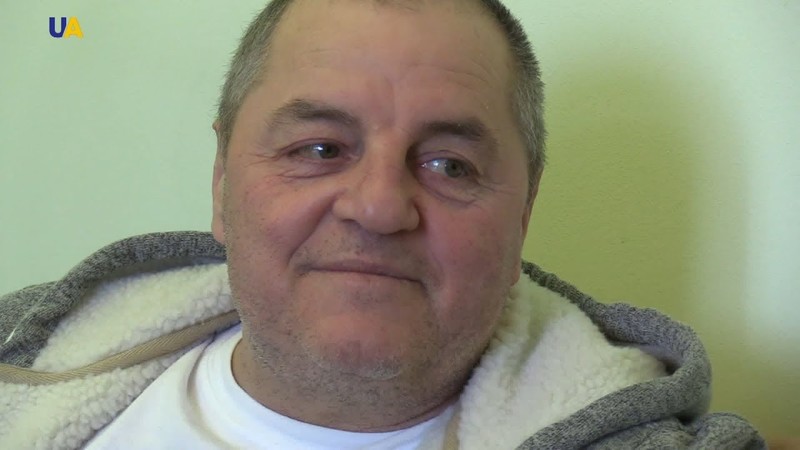 A Russian-controlled Crimean court has ‘sentenced’ Edem Bekirov to seven years’ imprisonment for a ‘crime’ that the 60-year-old amputee was physically incapable of having committed.  The ‘trial’ was held in absentia since Bekirov was one of eleven Ukrainian political prisoners whom Russia freed in September 2019 in exchange for an important MH17 witness / suspect.  This is the first time that Russia has released a political prisoner and then passed ‘sentence’ on him.  It is a worrying precedent especially given the absurd charges that were brought against 24 Ukrainian prisoners of war whom Russia seized after attacking three Ukrainian naval boats near Crimea in November 2018.  Such a ‘conviction’ can mean that Bekirov and, possibly, many other Ukrainians will end up on ‘wanted’ lists. Although inconceivable that any democratic country would agree to detain and extradite Ukrainians facing political persecution in Russia, the same is not true of countries like Belarus, which recently hijacked a plane travelling between Greece and Lithuania in order to seize opposition activist Roman Protasevich.

The ‘trial’ continued for many months at the occupation ‘Central District Court’ in Simferopol under ‘judge’ Sergei Valerievych Demeniuk.  It is unclear why Demeniuk passed a sentence almost double the four years demanded by the ‘prosecutor’, and also imposed a fine of 150 thousand roubles.  Bekirov was represented throughout by Alexei Ladin who repeatedly demonstrated the shameful irregularities and cynical of the prosecution.

Most, if not all, of Russia’s political trials of Ukrainian citizens are based on ‘testimony’ from ‘secret witnesses’ which cannot be verified.  This case was no exception, except that Bekirov’s poor health and disability, as well as the fact that he is residing in mainland Ukraine, made the refusal to identify the supposed witness especially suspect.  Demeniuk, however, rejected the defence’s demand that the person be named, and ignored constant discrepancies in his ‘testimony’.  The alleged witness could not even come up with a consistent story for how an amputee who had suffered a major heart attack  was supposed to have carried a 14-kilogram bag with ammunition over a considerable distance.  At first, he claimed that Bekirov had carried the bag on his back, then that he dragged it along the ground.

Ladin points out that it was simply impossible that Bekirov could have carried or dragged such a weight given his physical condition and disability.  He will be appealing against the verdict and calls the entire case against the 60-year-old Crimean Tatar fabricated by Russia’s FSB.  He adds that Demeniuk is the same ‘judge’ who, on 27 August 2019, released Bekirov due to his state of health.  The fact that Bekirov will not actually serve this sentence does not make Demeniuk’s role any the less reprehensible, especially given that Bekirov has Group 1 disability status and illnesses that, even under Russia’s repressive legislation, preclude imprisonment.

Back in August 2019, it did seem possible that Bekirov’s release was because he had finally, after nine months in detention, received a proper medical examination. As well as a campaign in Ukraine, there had been calls from many democratic countries for Bekirov’s release and Amnesty International issued an Urgent Action. Then on 3 August 2019, Human Rights Watch issued a statement noting that Russia was flouting a European Court of Human Rights order, and calling for him to be given expert medical care.  The release, however, was thankfully part of Ukraine’s negotiations with Russia and Bekirov was taken to Moscow from where, on 7 September 2019, he, together with 10 other Ukrainian political prisoners and the 24 prisoners of war, returned finally to Ukraine.

Bekirov was seized by the FSB on 12 December, 2018, when he tried to cross into Crimea to visit his elderly mother and other relatives.  He himself is a well-known member of the Crimean Tatar community in the Kherson oblast, but it seemed likely from the outset that the FSB had targeted him because of his wife, Gulnara Bekirova Aldinova, who is a member of the Mejlis, or representative assembly, of the Crimean Tatar people.  Russia’s ban of the Mejlis was directly linked with the latter’s implacable opposition to Russia’s occupation of Crimea and identification with Ukraine.  Instead of complying with an order from the UN International Court of Justice to withdraw the ban, Russia has instead repeatedly fabricated criminal charges against  Mejlis leaders and other respected Crimean Tatars.  This was not the first time that men in their fifties and sixties, with life-threatening medical conditions had been held for months in the Simferopol SIZO or remand prison where the conditions are tantamount to torture.

In this case, an amputee, suffering from diabetes and coronary artery disease, who walks with difficulty and swiftly gets out of breath, was charged with circulating and transporting more than 10 kilograms of DNT and 190 bullets ((under Article 222 § 2 of Russia’s criminal code).  According to the FSB’s ‘secret witness’ whom they called ‘Memetov’, Bekirov passed the explosives and bullets – all 14 kilograms’ worth - to him in May 2018.  Memetov purportedly placed them in a secret hiding place around Krasnoperekopsk and then in August revealed this place to the Russian FSB and gave testimony against Bekirov.

It was on these preposterous charges that on 9 June 2021, Russia, aided by ‘judge’ Sergei Demeniuk, sentenced Edem Bekirov to a term of imprisonment he could not possibly survive.