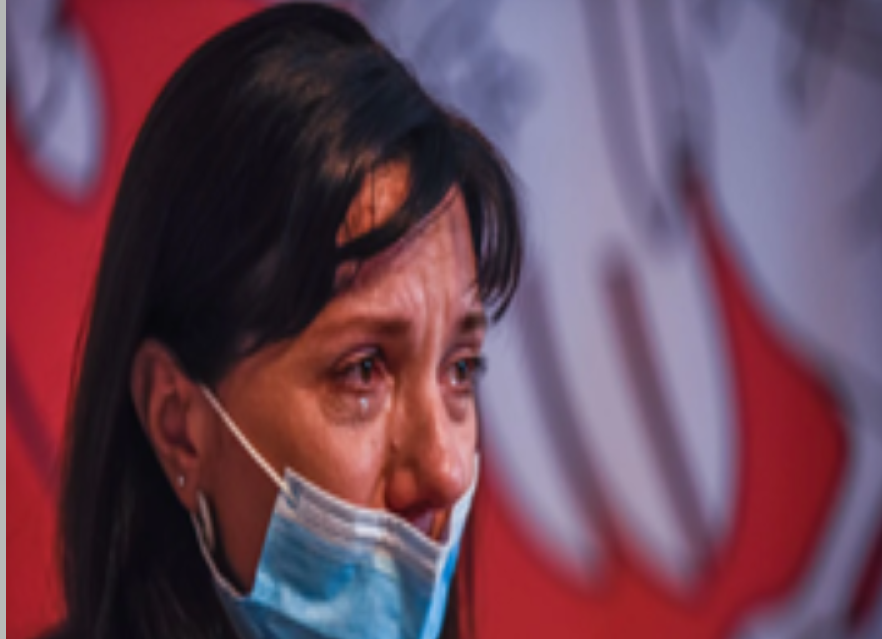 Serhiy Horenko, self-styled ‘prosecutor general’ of the Russian proxy ‘Luhansk people’s republic’ [LPR] has thanked Belarusian dictator Aleksandr Lukashenko and his KGB for allowing them to “carry out investigative activities” with abducted and tortured Belarusian journalist Roman Protasevich.  Since they claim that Protasevich “confessed” to various preposterous charges, it seems likely that they merely took part in the savage torture of the young Belarusian journalist which clearly began immediately after the plane he was flying in to Vilnius was hijacked and diverted to Minsk on 23 May. The so-called Luhansk and Donetsk ‘republics’ have long copied Russia’s FSB in videoing ‘confessions’ that hostages are clearly giving under duress.  Although those who have noted in the Lukashenko regime’s very public torment of Protasevich chilling echoes of Stalin’s show trials are certainly right, Russian state TV did take part in a very similar stunt against imprisoned Ukrainian writer and journalist, Stanislav Aseyev.

Horenko claims that they obtained “sufficient irrefutable proof of the suspect’s involvement in the Azov Battalion in 2014-2015.  This is, of course, described differently with Azov referred to as a ‘nationalist, pro-Ukrainian group banned in LPR” and claims of “bestial killings of the civilian population”, etc.  While all of the claims are for propaganda and bear no scrutiny, but is almost comically absurd.  Horenko asserts that the ‘evidence’ that they gathered “in cooperation with Belarusian colleagues” will also serve as grounds for planning and sending the relevant applications to international rights bodies – the European Court of Human Rights and the International Criminal Court”.  It is probably true that these bodies would refuse to accept any applications from this unrecognized and illegal armed formation, claiming to be a republic, and certain that they would not accept ‘evidence’ tortured out of a refugee seized as the result of a hijacking.

Ukraine’s Foreign Ministry has demanded an explanation from the Belarusian authorities over this ‘LPR interrogation’. Ministry spokesperson Oleh Nikolayenko explained to News of Donbas, that there can be no such ‘LPR prosecutor general’ by definition and that control over this territory is wielded by occupation administrations of the Russian Federation.  The pseudo republic is trying to get some kind of pretend status through such actions, he said, adding that the actions merely confirm that the forced landing of the Ryanair plane and seizure of Roman Protasevich was according to a Russian scenario.

It is certainly clear that ‘LPR’ or its Donetsk oblast counterpart (‘DPR’) would not be coming out with such fulsome praise and support for the Lukashenko regime and their “Belarusian colleagues” if this were not Russia’s position.

The first noises about Protasevich from the Russian proxy Luhansk ‘republic’ coincided with the distressing ‘interviews’ that Protasevich was forced to give. We know from released hostages, including Aseyev, of the methods of torture used.  Since they are dragging him from one ‘show confession’ to another, it is likely they are concentrating on methods that do not leave visible scars, with these probably including electric currents, sometimes from wires attached to earlobes or genitals.

The ‘LPR’ announcement on 2 June spoke of tough measures, including the death penalty, to be introduced for what were called ‘crimes against peace and the security of humanity”.  The terms are woolly and meaningless, and both pseudo ‘republics’ already have the death penalty, and were seen in 2014 passing ‘death sentences by a show of hands’ , so this was clearly a propaganda move.  The ‘LPR’ militants claimed to want to interrogate Protasevich and Lukashenko invited them to Belarus. Shortly after Belarus hijacked the Ryanair plane, Russia and Belarus, helped by a notoriously pro-Russian Ukrainian blogger Anatoly Shariy, began pushing the claim that Protasevich fought in Donbas as part of the then volunteer Azov Battalion.  Azov former commander Andriy Biletsky has said that Protasevich was present in Donbas carrying out journalist duties.  None of that, however, is of relevance, unlike the fact that Russia and its proxy Donbas formations have rallied to help Belarus torture and discredit an abducted journalist persecuted for his involvement in telling the world about protests in Belarus and the regime’s crimes.