Documenting war crimes in Ukraine.
The Tribunal for Putin (T4P) global initiative was set up in response to the all-out war launched by Russia against Ukraine in February 2022.
• Topics / The troubled times 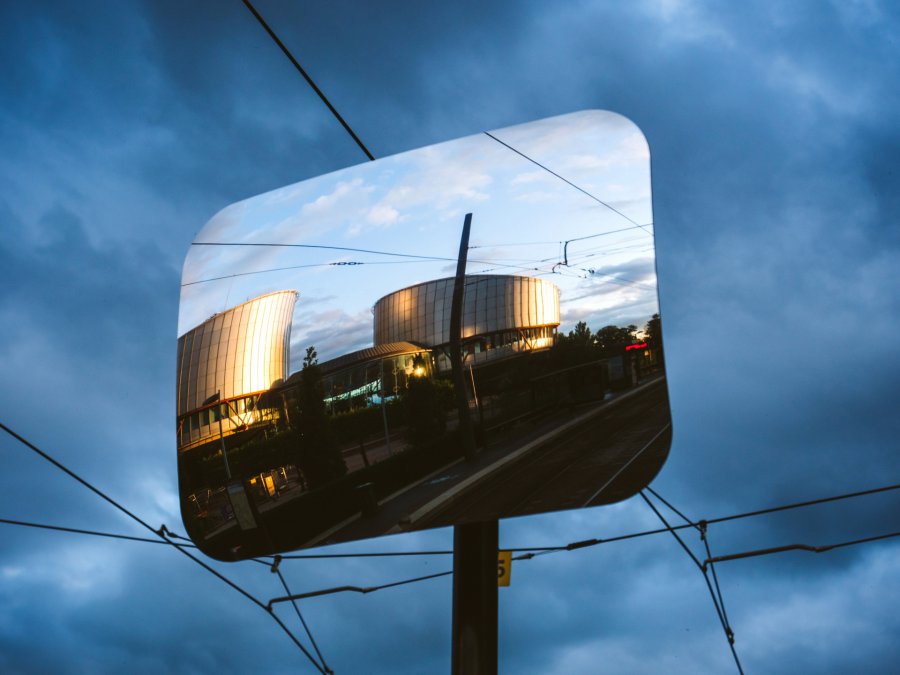 We, the representatives of the civil organizations of Ukraine, in particular, the Ukrainian human rights organizations engaged in strategic protection of human rights and representation in European Court of Human Rights, believe that the competition for the selection of candidates for the appointment on the position of the judge of the European Court of Human Rights from Ukraine does not correspond to the Recommendations of the Parliamentary Assembly of the Council of Europe and the Committee of Ministers of the Council of Europe[1]. The organisation of the competition and its course do not meet the principles of the democratic procedure, justice, openness, accountability and non-discrimination.

On 11 March, 2021 leading human rights organizations: Ukrainian Helsinki Human Rights Union, Kharkiv Human Rights Protection Group, Centre for Civil Liberties, Ukrainian Institute for Human Rights, Regional Centre for Human Rights  sent a letter to the President of Ukraine Volodymyr Zelensky expressing their concern on the facts that the Competition Regulations were not created “according to the rules in force in the European institutions”, that they once again did not comply with the Recommendations of the Committee of Ministers of the Council of Europe and the results of the competition may be questioned, and suggested to urgently amend the Presidential Decree (Link).

However, the President’s Office declined the proposition of the human rights organisations. As a result, all persons who were not citizens of Ukraine were deprived of the opportunity to participate in the Competition. The human rights and law community, human rights practitioners and lawyers with extensive experience of work with the ECtHR, were effectively barred from participating in the competition committee and from any mechanisms for monitoring the competition. The composition of the commission did not correspond to either the Recommendations of PACE and the CoE Committee of Ministers, or the requirements of Article 2 of the Provision on holding the competition, approved by that very Decree, since all five appointed members of the commission are the representatives of scientific environments and are not among the “representatives of international organisations and all-Ukrainian civil associations the activity of which is directed at protecting the human rights and fundamental freedoms”.

On 17 February 2021, before the publication of the Presidential Decree about the competition, the President of Ukraine Volodymyr Zelensky stated that he would restart the competition for the election of a judge to the European Court of Human Rights “according to the rules in force in the European institutions, and our country will be represented by a highly qualified judge with international experience”[3]. It is difficult to determine clearly whether the President meant a specific candidate or whether he meant a fair and impartial competition in which a highly qualified judge with international experience would be elected. If he meant a specific candidate, such statement could be seen as an instruction for the members of the Commission indicating the person who must win the competition.

The competition was attended by many worthy candidates, in particular, the international law professors well-known lawyers in the field of ECtHR practice, who have almost the most experience in Ukraine of successful representation in the ECtHR, they are well-known human rights activists, and some of them have experience working in Supreme Court.

During the interview with the participants of the contest the members of the Commission focused on the issues of psychological and ethical aspects of the work of the judges of ECtHR, as well as, superficially, on the mechanisms of the Court. There were no questions to test the deep knowledge of ECtHR practice. The competition was not aired, the criteria to determine the winner were not disclosed to the society, nor even to the participants themselves. No detailed press release of the Commission with the explanation of the motives of their decision was published.

The competition commission, which consisted exclusively of representatives of the academic community, selected three candidates from the academic community. No human rights practitioners were included, which is a direct consequence of the unbalanced composition of the Commission. With all respect to the esteemed members of the Commission and the three esteemed candidates, recognized as the winners, we find it difficult to agree with such procedure of the competition and, consequently, its results.

We also note that along with the Presidential Decree No. 63/2021 the ruling of the Cabinet of Ministers of Ukraine of 21 March 2007 No. 524 “On selection of candidates for the position of a judge of the European Court of Human Rights” and the Procedure of holding the competition, approved by it, remain valid[4].

We call on the Ministry of Foreign Affairs to stop the transfer of the list of the winners to the Council of Europe. We also call on the President of Ukraine and the Cabinet of Ministers of Ukraine to regulate the legislation on holding the contest for the selection of candidates for the appointment on the position of the judge of the European Court of Human Rights from Ukraine and hold the contest again with adherence to the principles of the democratic society, fairness, openness, accountability and non-discrimination, according to the Recommendations of PACE and the Committee of Ministers of the Council of Europe.

Association of Free Syrians of Ukraine

[1] Resolution The Parliamentary Assembly №1646 (2009): Nomination of candidates and election of judges to the European Court of Human Rights. https://pace.coe.int/en/files/17704/html

Resolution The Parliamentary Assembly №2248 (2018): Procedure for the election of judges to the European Court of Human Rights. https://pace.coe.int/en/files/25213/html

Resolution The Parliamentary Assembly №1764 (2010): National procedures for the selection of candidates for the European Court of Human Rights. https://pace.coe.int/en/files/17914/html

Candidates for the European Court of Human Rights: https://pace.coe.int/en/files/17193