End to 7 years of impunity for savage murder of Ukrainian journalist? 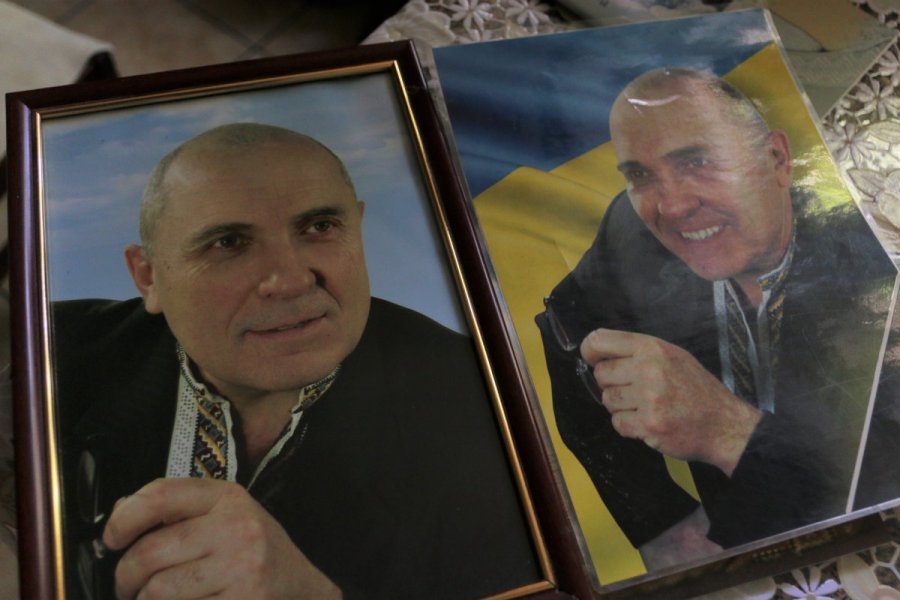 Over seven years after Cherkasy journalist Vasyl Serhiyenko was abducted and murdered, the trial of his suspected killers has been moved from a court which seems to have been doing everything to ensure that the case never ends in conviction.  Most importantly, it has been moved from the Cherkasy oblast where a person widely suspected of having commissioned the crime wields considerable influence. The fact that the trial will begin from scratch will make little difference as it had scarcely moved since 2017, with all of the defendants, gradually being released from custody.

The application to the Supreme Court to change the jurisdiction in this case was lodged by the prosecutor and lawyer representing Serhiyenko’s family.  The Court’s ruling on 6 July means that the trial will be moved from the Horodyshche District Court in the Cherkasy oblast to the Darnytsky District Court in Kyiv. The Prosecutor, , Yulia Malashych, had backed her application for the withdrawal of the entire panel of judges by citing their infringement of all reasonable timeframes and failure to respond to applications from the victims in this case.  They had totally ignored the state of health and advanced age of a key witness, with victim status, namely Nina Nysha, the murdered journalist’s mother.  The elderly lady had witnessed the merciless beating of her son outside their home on 4 April 2014, and pleaded in vain with the assailants to let him go.  Nina Nysha died on 29 February 2020, without even having had a chance to give her testimony, let alone see the killers of her son answer for their crime.

Serhiyenko’s body was found in a forest the day after his abduction.  He had choked to death on his own blood, following major blows to the head and 19 knife wounds.

Three of the suspected perpetrators – Volodymyr Voronkov; Viktor Horbenko and Valentin Zavrazhin were caught in 2015 in connection with another crime.  The men were accused of trying to set fire to the equipment of a local farmer who was known to be in competition with Bobov.  The car they arrived in had bloodstains which proved to be from Serhiyenko.  The investigation concluded that Serhiyenko had been taken in that car to a petrol station near the Modus holiday park, which is also linked to Bobov, before probably being transferred to another car.  Two other men were arrested in 2017: Roman Nedibalyuk and Vadym Melnyk.  Two men are in hiding: Andriy Inosov and Valery Fedorov.  On 29 June, the prosecutor reported to the court that some of the men now on trial had had telephone contact with Inosov several thousand times.  Fedorov’s whereabouts are not known and it is possible that he was later killed.

Only one of the men on trial , Voronkov, is charged with the actual murder (with Fedorov).  Melnyk, who was formerly the head of Bobov’s guards, is accused of having organized the abduction and killing.  Horbenko; Nedibalyuk and Zavrazhin are accused only of involvement in the abduction, although even this was carried out with extremely brutality and it seems inconceivable that they did not know that the abduction was to end with Serhiyenko’s murder.

As mentioned, all of the men have gradually been released from custody, including Voronkov who was freed in December 2020.

Horbenko’s release under house arrest came shortly after shocking developments in court led to criminal charges being laid against judge Lyudmila Synytsya from the Horodyshche Court.  In June 2019, the former Special Investigations Department had wanted Horbenko transferred to Kyiv for questioning in connection with another case where the investigators were trying to establish who had commissioned a crime. Since there are strong grounds for believing that the defendants all worked for the same boss, Horbenko’s testimony could have been very important for the Serhiyenko case as well, and the investigators clearly needed to separate him from the other men if there was to be any hope that he would give such incriminating testimony. Details of how their attempt was sabotaged, and the role played by  can be found here. Despite repeated warnings from the prosecutor that her behaviour in divulging confidential information carried criminal liability, Synytsya continued to effectively inform everybody present in the courtroom, including men in the same SIZO as Horbenko, that he was about to be transferred to Kyiv where he could well give testimony against them.  Horbenko promptly denied writing any application for a transfer, claiming his signature to have been forged. Despite it being abundantly clear why Horbenko would now feel the need to lie, Synytsya chose to believe that the investigators had falsified documents, ordered that Horbenko not be transferred, and soon afterwards released him for custody.  The investigators thus lost a potentially crucial crown witness, who was shortly afterwards released from custody.

Yevhenia Zakrevska, the lawyer representing the Serhiyenko family, believes that there is evidence to point to Bobov’s involvement in the case, with this presented during the original trial of the first three men arrested in 2015.  That trial had actually been moving normally but needed to be terminated due to the judge’s retirement. That need for a new trial coincided with the arrests of Melnyk (and Nedibalyuk) in 2017, and it was after this that the ‘trial’ effectively stalled.