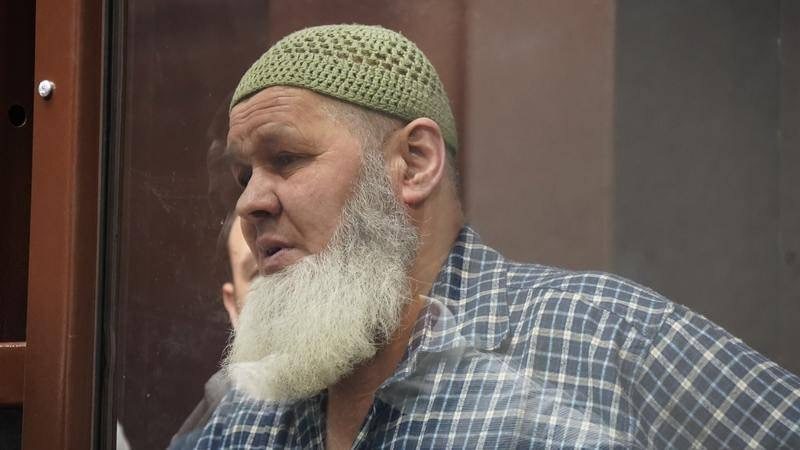 61-year-old Servet Gaziev has almost certainly suffered a micro stroke after months of acute pain and dangerously high blood pressure, and shortly after clear signs that he had contracted Covid-19.  It has long been clear that his life is in direct danger, yet the Russian SIZO [prison] administration and medical staff  clearly understand that any decision, even to free a political prisoner under house arrest, comes ‘from above’.  Despite several court hearings having to be adjourned because Gaziev was in excruciating pain, and after he was even taken to hospital on one occasion, the medical staff continue pumping him full of painkillers before any court hearing and claiming that he is sufficiently well to be held in the torture-like conditions of a Russian SIZO.

Lawyer Aleksandr Stasiuk explained to Crimean Solidarity on 8 July that he had just visited Gaziev in SIZO-5 in Rostov-on-Don (Russia).  He reports that the micro stroke occurred on 28 June, and that the effects of it are visible now, with the right side of Gaziev’s face having clearly dropped. Stasiuk is not allowed to take any technical items with him into the SIZO and could not take a photo.   It seems that an ambulance was called, however the doctor ‘examined’ him and left, once against not hospitalizing him, although Gaziev has long complained of chest pain, which for a person of his age and general state of health, is clearly something of major concern.

Gaziev had various medical issues even before the Russian FSB came for him and 24 other Crimean Tatar civic activists and journalists in March 2019.  The conditions in all Russian or Russian-controlled SIZO are tantamount to torture, and he is effectively receiving no treatment.

With a court hearing scheduled on 10 June, for example, the SIZO staff gave Gaziev a huge amount of painkillers, so that his presence could be ticked off at his own ‘trial’.  It could not:  he was unable to stand or even sit up on the defendants’ bench and an ambulance needed to be called.  Later that day, the head of the SIZO medical unit came to Gaziev, with four lots of tablets: two for blood pressure; one lot of antibiotics and a vitamin tablet.

Svetlana Ablyamitova, Gaziev’s sister and a doctor by profession, has repeatedly warned that overuse of painkillers is doing even further damage to her brother’s health, especially given the excruciating pain he is suffering in the stomach area.  During an even earlier hearing, the ambulance doctors who were called concluded that Gaziev is suffering from chronic cholecystitis - an inflammation of the gallbladder, causing abdominal pain, vomiting and possibly fever. He needs proper tests, hospitalization and treatment, not more pills that likely aggravate his conditions.

There had seemed a flicker of hope when, on 17 June, both Gaziev and 59-year-old Dzhemal Gafarov were taken to hospital after another hearing had to be postponed. Neither man should have been returned to the SIZO, with Gafarov’s pre-dialysis kidney disease meaning that, even by Russian law, he should never have been placed in detention in the first place.  Yet Gaziev was taken back the very same day, and Gafarov also had his detention extended, making it only a question of time before he too ended up back in SIZO.

Stasiuk has sent formal appeals to the Penitentiary Service; to the Rostov Regional Prosecutor and to Russia’s Human Rights Ombudsperson, and is preparing a complaint to the Regional Police, demanding an investigation into why Gaziev is not receiving medical treatment.   On 9 July, veteran Russian human rights defender, Lev Ponomaryov also lodged several formal demands for a reaction to such glaring infringements even of Russian legislation, not to mention international law.  As Stasiuk says, it is vital that he is at least hospitalized under the care of doctors who still remember their Hippocratic oath.  The SIZO staff, like the ‘judges’ in this case all know what is expected of them, and lack the courage to take the only ethical decision possible.

It is for this reason that international publicity and pressure on Moscow are urgently needed.  There was widespread condemnation back on 27 March 2019 when Russia launched an appalling attack on Crimean Tatar civic activists and journalists, and voices must now be heard to save the lives of two of Russia’s victims.

Neither Gaziev; Gafarov nor the other 23 men arrested that day or, in the cases of Rayim Aivazov and Eskender Suleymanov, soon afterwards, are accused of any recognizable crime and there are no grounds at all for holding them in detention.  The men are charged solely with totally unproven ‘involvement’ in Hizb ut-Tahrir, a peaceful, transnational Muslim party which is legal in Ukraine and which only two repressive regimes (Russia and, since 2016, Uzbekistan) have labelled ‘terrorist’.  Russia has never provided an adequate excuse for its secretive Supreme Court ruling in 2003, and cannot since Hizb ut-Tahrir  is not known to have committed acts of terrorism anywhere in the world.

Russia has now divided the men’s ‘case’ into five identical clones, with Servet Gaziev and Dzhemil Gafarov on ‘trial’ together with civic activists Alim Karimov; Seiran Murtaza and Erfan Osmanov.

Please bring this case to politicians and the media in your country, and write to the men. The more letters they receive, the more Moscow will understand that its torment of men like Servet Gaziev and Dzhemil Gafarov is under scrutiny.