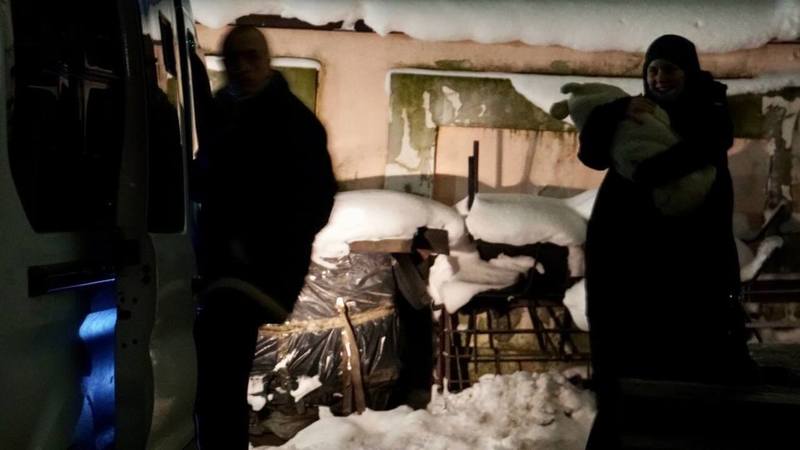 A Russian court has sentenced Nina (Latifa) Malakhova to four and a half years’ imprisonment after extracting a ‘confession’ from her by threatening to take her infant daughter away and put her in a children’s home.  Malakhova’s husband, Ruzil Yapparov, who was arrested at the same time, in February 2021, remains in custody, and denies the charges laid against the couple, based on their work for a charitable foundation.  Russia has charged them under its notorious ‘terrorism’ legislation, in this case with ‘abetting terrorist activities’ (Article 205.1 § 4).

The case is shrouded in secrecy largely because of the major pressure brought to bear on the couple to not speak with the media, however the arrest on 14 February 2021 of a 38-year-old Crimean Tatar woman, Lilya Reshidova, give grounds for scepticism about any alleged link with terrorism.  Reshidova currently has ‘witness’ status in the criminal proceedings, however this could change at any moment, leaving another young child growing up without her mother.

The Russian FSB in occupied Crimea initiated the criminal proceedings on 10 February 2021, with the case presented in ‘court’ by senior investigator, Vitaly Vlasov.  The latter is involved in the internationally condemned persecution of Ukrainian freelance journalist, Vladislav Yesypenko.  Malakhova and Yapparov, were arrested in Kazan on 15 February and taken, together with their daughter and without being given any time to collect their things, to occupied Crimea.

Malakhova had been under house arrest since 15 February and the term of imprisonment will be counted from that date.  The sentence was passed by the same Southern District Military Court which is involved in most trials of Crimean Tatar and other Ukrainian political prisoners and Malakhova was taken into custody in the courtroom.  Her lawyer, Valeria Mangulli, is making no comment about a possible appeal until she has discussed this with her client.  The couple’s daughter, Melissa, who is less than a year old, is, according to a separate court ruling, to be placed in the care of Malakhova’s paternal grandmother.

The first part of this ‘FSB operation’, in which officers appeared at the maternity clinic where Lilya Reshidova worked as a nurse aroused anger and disgust back on 14 February with one human rights defender commenting that Russia had plunged to a new low.  Reshidova was known for her voluntary work dedicated to collecting money and otherwise helping gravely ill children and families on low income. A cancer diagnosis in Russian-occupied Crimea is likely to be a death sentence unless donations are received, and it was this that Reshidova dedicated efforts to achieving.

Graty reports that the ‘Living Heart’ [‘Mukhadzhirun’] Foundation which at least Malakhova and Yapparov are accused of involvement in was founded by a Dagestan religious preacher, Israil Akhmednabiyev, in 2013. The FSB claim that the foundation collected money for and financed ‘terrorist organizations’ and accuses Akhmednabiyev of using charities to finance ‘Islamic State’ fighters and recruit supporters of the latter in the North Caucasus.  Akhmednabiyev himself denies the charges, and, having fled Russia, has settled in Niger where he is involved in gathering money to build wells and similar tasks.

The number of times that the Russian occupiers have claimed that world-renowned Crimean Tatar leaders, like Mustafa Dzhemilev, are engaged ‘in recruiting for the so-called ‘Islamic State’ is just one reason for treating such charges with caution.  Another is, of course, the threats and other illegitimate methods used to force ‘confessions’ from people who appear to be involved solely in charitable work.

In March this year, both Malakhova and Yapparov were placed on Russia’s notorious ‘List of Extremists and Terrorists’, with this leading to the freezing of bank accounts, etc.  The same measures have been used against a huge number of Crimean Tatar civic activists, Jehovah’s Witnesses and other Ukrainian political prisoners, and the list, indeed, coincides to a disturbing degree with the authoritative Memorial Human Rights Centre’s list of political prisoners.

Reshidova is officially a ‘witness’, however the FSB appear to be claiming that she sent money to Malakhova’s account which was declared to be for charitable purposes. It is unclear whether there is any evidence to show that either Malakhova or her husband were involved, firstly, in any charitable fund that was, in fact, a front for ‘financing terrorism’, and, secondly, that they were, or could have been, aware of this.