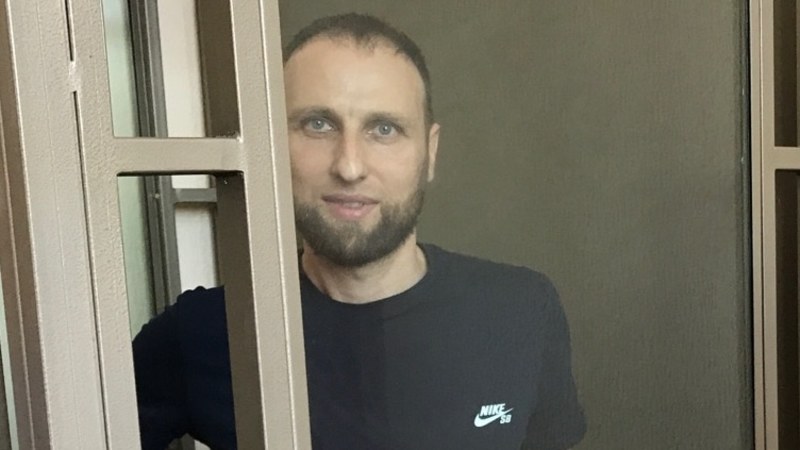 Ruslan Suleimanov began following politically motivated arrests and trials in occupied Crimea from when they began soon after Russia’s invasion and annexation.  His ‘upbringing and his conscience’ made it impossible for him to do anything else, even when he received the first warnings of likely reprisals. A physicist by education, he became a Crimean Solidarity civic journalist, convinced that the only means of defending his people from lawlessness was through publicity.  He has now been imprisoned, together with 24 other Crimean Tatar civic journalists and activists for well over two years, and is facing a sentence of up to 20 years for his conscience and refusal to remain silent.

The grandson and great grandson of Crimean Tatars deported from their homeland and born to parents who themselves grew up in exile, Suleimanov writes that he is now himself the victim of deportation, held prisoner in Russia.  He and 24 men, including his brother, Eskender Suleimanov, were arrested after an ‘FSB operation’ against Crimean Tatar civic journalists and activists, mainly on 27 March 2019. The arrests received international condemnation with Russia’s deeply flawed ‘terrorism’ charges dismissed as a clear attempt to crush the Crimean Tatar human rights movement and silence those who report on repression.

Life before his deportation

Like the majority of Crimean Tatar political prisoners, Ruslan and his elder brother were born in exile, in Uzbekistan.  The family returned to Crimea after Ukraine’s independence, in 1993, when Ruslan was just 10 years old.  He was clearly very bright and eventually graduated from the Taurida National University, having specialized in the physics of magnetic phenomena.  He was working as a programmer in 2014, but lost his job when his company, like many others, folded after Russia’s annexation.  From then on, he was self-employed, giving physics tuition and doing other jobs, in order to support his family – his elderly parents; a son, Ali, from an earlier marriage, and three children: Mukhammad; Asiyat and Musa with his present wife.  Musa, who was just three years old, died in a tragic accident on 24 July 2020 with Russia showing typical brutality in refusing to allow Ruslan to attend the funeral of his youngest son.

As politically motivated repression began, Suleimanov could not look away. “My upbringing and conscience did not allow me to be indifferent to the problems besetting my people. <> I was driven by the need to be present at the places where searches were taking place so as to make what was happening known – this is only means of defence against lawlessness.”

He faced administrative prosecution for totally legal activities twice.  The first time for being present at the place where an armed search was underway; the second for a single-person picket with a placard reading: ‘In 1944 they sent us into exile; now they imprison us’.

Suleimanov goes on to stress that those who are persecuting his people know that Crimean Tatars practise Islam and their culture is closely bound with their faith.  Terrorism and extremism are alien to them, and attempts to pin such labels on them do not work.  What is happening now is not new to his people, he says, with only the labels having changed. Stalin tried to justify his Deportation of the entire Crimean Tatar people by claiming they were ‘traitors’.  Now they use the label ‘terrorists’ to justify the same deportation.

23 Crimean Tatar activists, including Ruslan Suleimanov, were arrested on 27 March 2019, and hurried taken to Russia.  During the night from 16-17 April, Rayim Aivazov was arrested and tortured, and then, on 10 June, Ruslan’s 46-year-old Eskender Suleimanov was also seized.

This was internationally recognized as an attack on civic journalists and activists, most of them linked with the important civic initiative Crimean Solidarity. There was criticism of Russia’s use of ‘terrorism’ charges against men taking a civic stand, and calls for the men’s release from, among others,  the US State Department, Human Rights Watch, Freedom House and Civil Rights Defenders.  All of the men were recognized as political prisoners by the Memorial Human Rights Centre.

There were also heart-breaking protests from 70-year-old Zera Suleimanova.  Two days after Ruslan was arrested, she stood in solitary protest with a banner reading ‘My son is not a terrorist’.  She explained later that she has heart problems and took a large packet of medicines with her, expecting that she would be arrested like her son.  They left her alone that day, though the FSB has now begun persecuting other parents of political prisoners for similar solitary pickets. 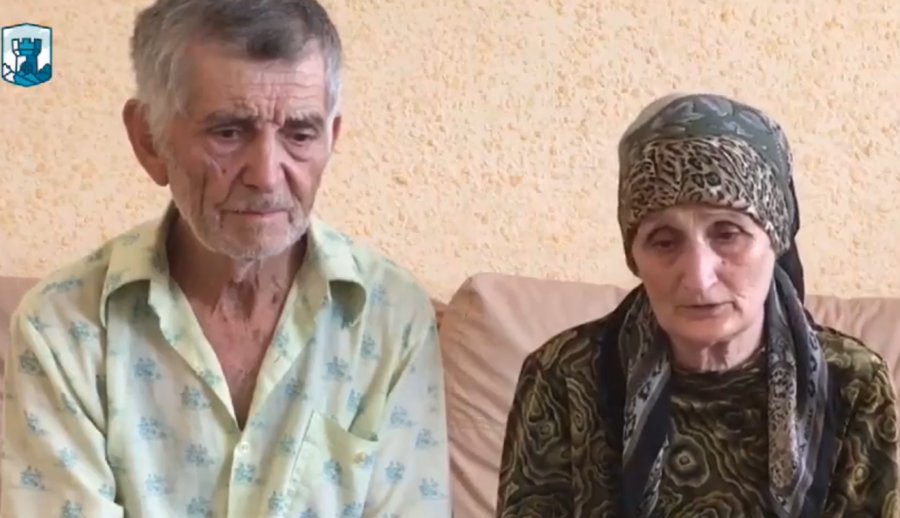 She and her husband, Server Suleimanov, were home when the FSB came for their elder son, Eskender.  When Zera Suleimanova became distraught and shouted at the armed and masked men, one of them pulled out his gun and pointed it at her.  “Shoot me”, she said, adding that she might as well die now that they were taking her sons from her.  “We’ll have time to shoot you all”, she was told.

The FSB did not even bother to try to make this case credible.  The men, arrested from March to June 2019, are mainly accused on the basis of totally innocuous discussions (about courage, for example) illicitly taped three years earlier, and some extremely questionable ‘anonymous witnesses’ whose identity is kept secret despite no grounds for believing that the men face any danger.

The men are not accused of having committed a recognizable crime, only of ‘involvement’ in Hizb ut-Tahrir, a peaceful transnational Muslim party which is legal in Ukraine.  They are charged under Russia’s ‘terrorism’ legislation due to a highly secretive and unexplained ruling by Russia’s Supreme Court in 2003 declaring Hizb ut-Tahrir ‘terrorist’, despite no evidence of terrorist acts anywhere in the world.  Ruslan Suleimanov and several other men are charged with ‘organizing a Hizb ut-Tahrir group’ under Article 205.5 § 1 of Russia’s criminal code, the others with involvement in such an alleged group (Article 205.5 § 2).  All 25 men have also been charged (under Article 278) with  “planning a violent seizure of power and change in Russia’s constitutional order”, something they must have wanted to do with the power of words, since no weapons, etc. were found.

It was almost certainly because the arrests were internationally recognized and condemned as an attack on civic journalists and activists that Russia decided to divide them up into five cloned ‘trials’, all of them with identical charges, the same ‘secret witnesses’ and same so-called ‘experts’ who claim to have found ‘evidence’ of involvement in Hizb ut-Tahrir in innocent discussion about religion, politics and Russian persecution of believers.  The sentences in these pseudo trials are, essentially, predetermined, with Ruslan facing up to 20 years’ imprisonment without any crime.  Eskender Suleimanov is accused of ‘involvement’, which at the moment carries a likely sentence of up to 15 years.

Ruslan Suleimanov is on trial together with two other civic journalists – Osman Arifmemetov and Rustem Sheikhaliev, as well as two civic activists Enver Ametov and Yashar Muyedinov.  All of the ‘trials’ are at the Southern District Military Court in Rostov which has been used for most of Russia’s trials of Ukrainian political prisoners.  The panel of judges is Viacheslav Korsakov (presiding); Denis Galkin and Igor Shendrikov.

Ruslan is right: publicity is the only possible defence against lawlessness.  It also helps to ensure the men’s safety.  Please, therefore, help publicize this shocking case and write to Ruslan and, if possible, to the other men.

The letters tell them that they are not forgotten, and show Moscow that the ‘trials’ now underway is being followed.

All the men’s addresses can be found here.