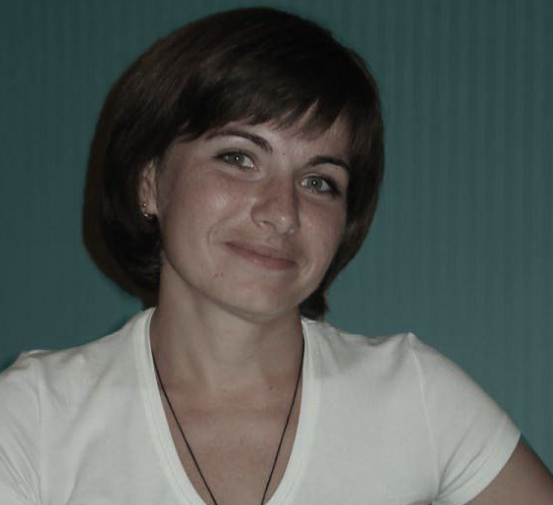 Natalia Statsenko has been held hostage by Russian-controlled militants from the self-styled ‘Donetsk people’s republic’ [DPR] since 10 July 2019, and there are serious grounds for concern about her state of health. Stanislav Aseyev, writer, blogger and former hostage explained back in January 2021 that Statsenko urgently needs an operation on her spine.  According to Ukraine’s Human Rights Ombudsperson, Lyudmila Denisova, the situation is becoming critical, with Statsenko’s chronic spinal disease causing problems for the static and dynamic functioning of the spine.

42-year-old Statsenko is a doctor who was working at a skin and venereal diseases clinic in Makiyivka.  She was seized by the so-called ‘DPR ministry of state security’ on 10 July 2019 and taken to ‘Izolyatsia’, the notorious secret prison in Donetsk, referred to by former hostages as a concentration camp.  According to Aseyev, she was taken prisoner after the militants gained access to her social media accounts.  He believes she ended up in a militant basement specifically because she was communicating with him.

Statsenko was held and almost certainly tortured, for three months before being transferred to SIZO [remand prison] No. 5 in Donetsk.  Her father has learned from former hostages that his daughter is being placed under enormous psychological pressure.

As has become standard with people held at Izolyatsia, the militants accuse Statsenko of ‘spying for Ukraine’ and for ‘pro-Ukrainian activities’.

A ‘trial’ is scheduled for 30 August, with Denisova calling on representatives from the OSCE Special Monitoring Mission to be present.

Statsenko is one of four female hostages who were supposed to be released back in January 2021 in what was probably planned as a second such deal giving PR to Viktor Medvedchuk, the highly controversial pro-Russian MP with close ties to Russian President Vladimir Putin.  As well as Statsenko, the names of 47-year-old Svitlana Dovhal; Natalia Savchenko (57) and Kateryna Kotenko (31) were mentioned. Unfortunately the planned release failed to eventuate.

Svitlana Dovhal disappeared on 22 July 2019, also in Donetsk.  She had left Donetsk for Kyiv after militants seized control in 2014, but returned after being able to find work.  She has been held most of the time at Izolyatsia and, judging by the accounts of former hostages, clearly tortured.  She too is accused of ‘spying’, and since she suffers from diabetes, is evidently also in danger.

The two other women are from the so-called ‘Luhansk people’s republic’ with their cases seemingly more specific. Kateryna Kotenko is from Stakhanov and the militants themselves reported back on 9 December 2019 that Kotenko had been ‘sentenced’ to 12 years for supposed ‘spying for Ukraine’.  The story in her case is complicated since her husband, a militant, was also arrested, although seemingly on a charge of theft.  Former hostages believe that Kotenko was seized by chance, merely because she was seen in government-controlled Ukraine near a Security Service [SBU] officer.

Natalia Savchenko is from Luhansk.  She worked as a gynaecologist and at the beginning of the military conflict became a doctor for a militant unit.  She was seized in August 2017 and accused of helping the SBU to eliminate high-ranking militant Oleh Anashchenko on 4 February 2017.  It seems that she was at the scene of the fatal car explosion and gave medical help to one of the militants who is also accused of ‘treason’.

There are at the very least 251 hostages in occupied Donbas [‘DPR/LPR’], with the health of a number of hostages giving grounds for serious concern.

See:  Russian-controlled militants sentence 70-year-old pensioner to 17 years for ‘spying’ after torturing him and his family