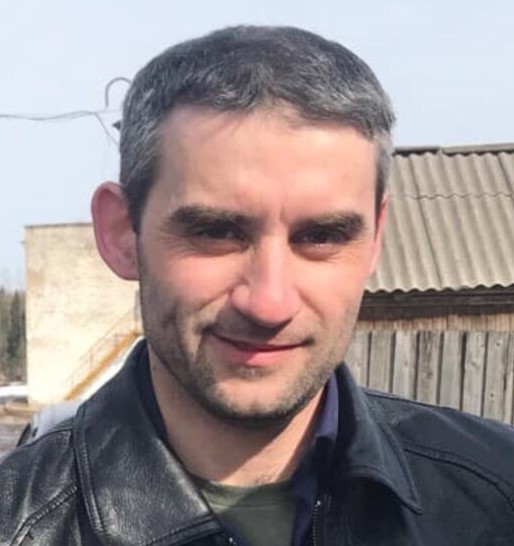 The FSB in Russian-occupied Sevastopol have carried out an armed search and interrogation of a former political prisoner and threatened to “come again and find prohibited literature” if he did not give false testimony against Crimean Tatar political prisoner Yashar Shikhametov.  The ‘evidence’ against Shikhametov also includes ‘prohibited’ religious books almost certainly brought by the armed FSB who carried out a ‘search’ of his home on 17 February 2021.

Ferat Saifullayev is one of the first four victims of the conveyor belt ‘trials’ without any crime that Russia brought to occupied Crimea.  He was, however, ‘convicted’ before Russia began imposing significantly higher sentences on identical charges, and was released after five years in Russian imprisonment in April 2020.

The FSB carried out a new ‘search’ of Saifullayev’s home in Orlinoye, Sevastopol on 21 May and took the former political prisoner away for ‘interrogation’.  He has now revealed what this entailed: namely threats that if he did not sign ‘testimony’ claiming that Shikhametov is a member of Hizb ut-Tahrir , the FSB would come back for another ‘search’ during which they would find ‘prohibited literature’ and arrest him again.  During this interrogation, he was neither informed of his rights, nor told what his status (suspect, witness, etc.) was.  Saifullayev signed the document demanded of him, however has since stated that he did so purely because of the pressure and threats against him and that this supposed ‘testimony’ should be excluded as having been obtained with infringements of the law.  He has issued a formal complaint to the FSB in Sevastopol, naming senior ‘investigator’ Yury Andreyev.  In this, he states clearly that he was threatened while being driven to the FSB that if he did not sign the FSB’s protocol, the FSB would find ‘prohibited items’ during a repeat search and that he would then be charged under Article 205.5 of Russia’s criminal code.  This notorious article punishes for alleged ‘involvement’ in an organization that Russia has recognized as ‘terrorist’.  Hizb ut-Tahrir  is a peaceful transnational Muslim organization which is legal in Ukraine and most countries, and which is not known to have committed acts of terrorism anywhere in the world.  Russia’s Supreme Court has never adequately explained its suspiciously secretive ruling in 2003 declaring the organization ‘terrorist’.  That ruling has now been or is being used against over 80 Crimean Tatar and other Ukrainian Muslims in occupied Crimea.  Men who have committed no recognizable crime are being sentenced to up to 20 years’ imprisonment in Russia.  The charges are a favourite with the FSB and their decision to arrest any particular person is a near 100% guarantee that their victim will be imprisoned and receive a huge sentence.

Saifullayev has every reason to know just how easily such prosecutions are fabricated, and he has shown enormous courage in openly retracting his supposed ‘testimony’ and explaining just how it was obtained. 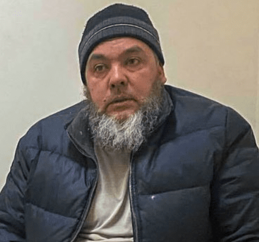 Yashar Shikhametov is also from Orlinoye, Sevastopol, and appeared as a defence witness in the earlier political trial of Enver Seitosmanov, something that was presumably noticed by the FSB.  The latter came for him during its latest major ‘operation’ on 17 February 2021, in which 15 children saw their fathers taken from them.  Since July 2020, the FSB have been increasingly staging single-person ‘trials’, presumably because they can then claim good statistics on ‘solving crimes’.  Sheikhametov, who is 50 and suffers from high blood pressure and other complaints, has been imprisoned since February in the torture-like conditions of the Simferopol SIZO [remand prison].  The above-mentioned ‘investigator‘ Yury Andreyev invariably demands that his detention be extended, with the ‘court’ applying particular brutality in not even allowing Shikhametov’s family and others wishing to show support to be present at the detention hearings.  During one of those hearings, Shikhametov stated that he considered the real criminals to be those who planted ‘prohibited books’ in his home.  Typically, the only outcome of this was that Shikhametov himself was removed from the ‘courtroom’.  During the first hearing after his arrest, Shikhametov pointed out  that the ‘prohibited literature’  – three ‘Hizb ut-Tahrir books’ on Russia’s huge list of banned books, had supposedly been found in a wardrobe for coats and shoes.  It was inconceivable, he stressed, that he, as a practising Muslim, would have kept religious books in such a place.

The FSB have charged Shikhametov under Article 205.5 § 2 (‘involvement’ in a Hizb ut-Tahrir  group) and are claiming that he was part of the alleged ‘group’ which Ruslan Zeytullaev is supposed to have ‘organized’ and which Saifullayev; Yury Primov and Rustem Vaitov were sentenced to five years for purportedly being members of.

The FSB ‘operation’ on 17 February 2021 resulted in the arrests of six Ukrainian Muslims, five of them Crimean Tatars.  In all cases, the armed searches were clearly aimed only at ‘finding’ prohibited literature with Shikhametov’s home not the only one where the FSB claimed to have found what they had, in fact, brought with them.

The renowned Memorial Human Rights Centre considers all those charged merely with involvement in Hizb ut-Tahrir  to be political prisoners, and international bodies, including the UN General Assembly; OSCE and the European Parliament have repeatedly demanded the release of all Russia’s Crimean Tatar and other Ukrainian political prisoners.