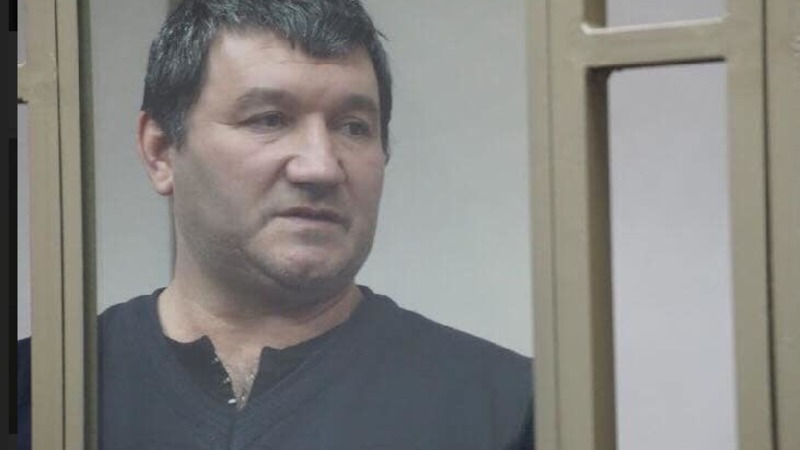 Russian prison authorities are planning to place 58-year-old Inver Bekirov in the torture-like conditions of a punishment cell [SHIZO], despite his grave state of health following a mini stroke in the middle of July.  The administration is claiming that the Crimean Tatar recognized prisoner of conscience  committed some minor infringement or other.  Even if this is true, and that is by no means certain, this cannot justify placing a person in a damp and airless cell, detrimental to the health of men half Bekirov’s age.

The recognized political prisoner and Amnesty International prisoner of conscience is serving a horrific 18-year sentence for his religious faith and his refusal to give false testimony against Crimean Tatar human rights activist Emir-Usein Kuku and other fellow Muslims.

Bekirov’s lawyer, Rustem Kyamilev visited him on 26 July, and learned that Bekirov had managed to stagger to the medical unit, and ask for help.  His blood pressure had risen sharply and he first lost coordination and balance, and then consciousness.  After coming to, he had no idea where he was or what had happened.  The doctors concluded that he had suffered a micro stroke (when there is a lack of blood flow to part of the brain).  Such a condition can be a warning that a larger stroke could be imminent, and the prison medical staff have made it clear that Bekirov should not be subjected to any strain.  The prison authorities are ignoring this, and the commission which imposes terms of incarceration in a SHIZO was scheduled to meet  to meet a day or two after Kyamilev’s visit, with his lawyer having had too many years’ experience of such practice to feel optimistic about the outcome.

Bekirov is the oldest of six men from the Yalta region of occupied Crimea whose arrests in February and April 2016 first attracted international attention for the methods that the Russian occupation were using and their targets of repression.  Married with three grown daughters, he was arrested, during a gratuitously violent armed ‘operation’ on 11 February 2016, as well as human rights activist Emir-Usein Kuku; Muslim Aliev and an ethnic Ukrainian convert to Islam, Vadim Siruk.  In all cases, a huge contingent of armed and masked men had burst into homes where children were sleeping and forced the men to the ground, before taking them away in handcuffs. In several cases, the enforcement officers forced entry which was clearly for maximum intimidation, since nobody had shown any resistance.  We know from the testimony of a friend of Kuku’s that at least two of the other men taken away for ‘questioning’ were tortured and threatened with the same charges if they did not give false testimony.  Two much younger men were arrested on 18 April: Refat Alimov (24) and Arsen Dzhepparov (25).

All six men were effectively accused only of unproven involvement in Hizb ut-Tahrir, a peaceful transnational Muslim movement which is legal in Ukraine and most countries. The ruling by Russia’s Supreme Court in 2003 to declare it ‘terrorist’ was kept secret until it was too late to lodge an appeal and it has never been explained.  The fact that nothing about the organization justifies the label of ‘terrorist’ is one of many reasons why the renowned Memorial Human Rights Centre considers all Muslims ‘convicted’ purely of alleged involvement in Hizb ut-Tahrir to be political prisoners.  Memorial HRC had not even waited for a sentence in this case or any others involving Crimean Muslims since Russia, as an occupying state, is also in breach of international law for imposing its legislation on occupied Crimea.

These were not the first arrests on so-called ‘Hizb ut-Tahrir’ charges, but it was the first time that the international community reacted, in part because this was so clearly the culmination of two years of harassment of Kuku for his human rights work. All six men are recognized by Amnesty International as prisoners of conscience, and there have been repeated calls for their release from international and EU bodies, as well as other international human rights NGOs.

Initially, only Aliev was designated the role of ‘organizer’ of a supposed ‘Hizb ut-Tahrir cell’, under Article 205.5 § 1 of Russia’s criminal code, while the others were charged with ‘involvement’ under Article 205.5 § 2.   These charges seem largely arbitrary but make a huge difference to the sentences, especially since judges at the notorious Southern District Military Court in Rostov (Russia) know that any major deviation from the 18-20-year sentences against those facing the ‘organizer’ charge will not be tolerated.

In August 2018, after the ‘trial’ had already begun, presiding judge Nikolai Yurevich Vasilchuk  demonstrated how Russian courts are part of the repressive apparatus by returning the case to the prosecutor and suggesting that Bekirov should also be charged as ‘organizer’.  There are grounds for suspecting that the change in the indictment and in the subsequent sentence passed on Bekirov was in fact due to glaring irregularities in a case which, because of Kuku, was attracting a lot of attention. By then, all six men had been charged additionally with ‘‘preparing for violent seizure of power by an organized group according to a prior conspiracy’ (Article 278).  Memorial HRC has pointed out on many occasions that Russia uses this extra charge as a weapon against men who refuse to ‘cooperate’ (by agreeing to give false testimony, admit to the charges, etc).

These ‘trials’ are all based on illicitly taped conversations on religious, political and other subjects which the FSB send to so-called ‘experts’, with the latter invariably claiming that the use of a particular word or view ‘proves’ that the men had links with Hizb ut-Tahrir.  They also used ‘anonymous witnesses’ whose ‘testimony’ cannot be in any way verified.

The charges themselves are profoundly flawed and the ‘evidence’ clearly inadequate, yet on 19 November 2019, ‘judges’ Roman Viktorovich Saprunov; Dmitry Viktorovich Merkulov and Roman Vladimirovich Podolsky (from the Southern District Military Court) handed down huge sentences. These were, on 25 June 2020, upheld by Oleg Aleksandrovich Yegorov; Aleksander Aleksandrovich Mordovin and Anatoly Valentinovich Solin from the Russian Military Court of Appeal. The latter court also ignored an appeal, spelling out the flaws in the case, from Amnesty International and Human Rights Watch, and the presence of EU diplomats at the first appeal hearing.

All of the sentences involve ‘maximum security prison colonies’ where the conditions are exceptionally bad.