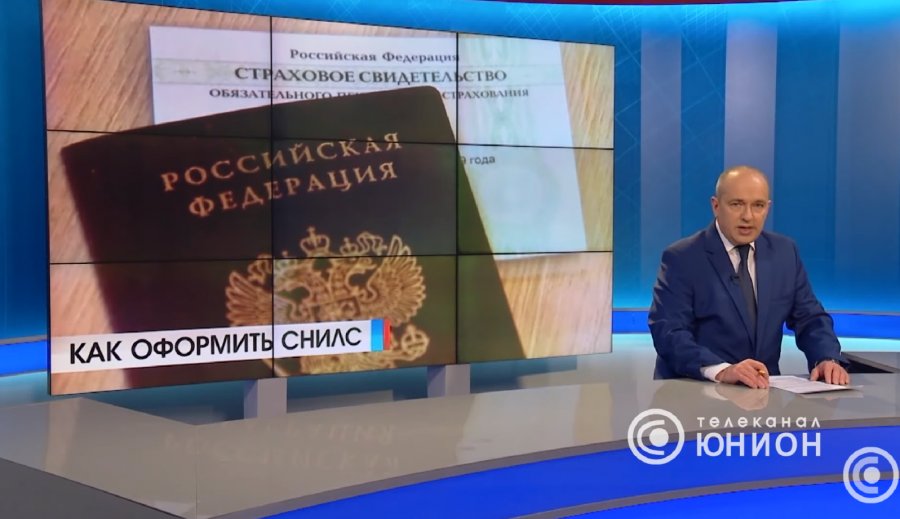 TV in the so-called ’Donetsk people’s republic’ pushing Russia’s individual insurance number which gives them nothing, but means they can ’vote’ online

Russia’s Election Commission has allowed residents of occupied Donbas who have taken Russian citizenship to vote electronically in its parliamentary elections.  Russian President Vladimir Putin’s decrees making it easy for Ukrainians in Donbas to obtain Russian citizenship were internationally condemned as an act of hostility against Ukraine and this new development should surely receive just as firm a response.  Cynical deceit is being used, with residents of the so-called ‘Luhansk and Donetsk people’s republics’ [LDPR] encouraged to obtain SNILS [an Individual Insurance Account Number].  This makes it possible to vote electronically, but the propaganda campaign underway is convincing residents that this will entitle them to Russian social benefits.

Putin issued his first decree on 24 April 2019, making it easier for residents of LDPR to get Russian citizenship.  The move was met with concern especially since Russia had used mass issue of passports in the Georgian regions of South Ossetia and Abkhazia prior to the war with Georgia in 2008.  On 17 July 2019, Putin issued a second decree, this time making it possible for all Ukrainians in the Donetsk and Luhansk oblasts (Donbas) to receive Russian citizenship according to ‘simplified procedure’, even if they live on Ukrainian government controlled territory.  The EU condemned the decrees as being in violation of the Minsk Agreement and on 10 October 2019 stated that they did not recognize Russian passports issued in occupied Donbas.  A study carried out by the Donetsk Information Institute (DII) in 2020 found that Russia had not achieved its plans to issue 600-800 thousand Russian passports to residents of LDPR by the end of 2020, however most Russian and other sources do claim that 600 thousand residents have obtained such questionable ‘citizenship’.

It is these people who, according to a decision from the Russian Central Election Commission on 20 July 2021, will now be able to ‘vote’ online in Russia’s parliamentary elections. The latter are illegal because they encompass occupied Crimea, and also very suspect because Russia has prevented virtually any opposition candidate from taking part (through legislation or arrests). One of the objectives behind involving LDPR in Russian elections is doubtless to be able to claim a greater number of voters in ‘elections’ that are essentially as predetermined as those in Soviet times. Ukraine’s Centre for Journalist Investigations reports, citing local newspapers, that ‘Russian citizens of LDPR’ are being enrolled in Russia’s ruling ‘United Russia’ party essentially en masse.

Natalia Lynnyk, Deputy Director of the Committee of Voters of Ukraine [CVU], believes that Russia is counting on gaining “mobilization resource”, with the aim in the future of being able to claim that they “are defending Russian citizens specifically on this occupied territory.  And in that way, they get the chance to carry out military activities for the so-called defence of these Russian citizens.”   The aim, she stresses, is to ‘seize’ people, Ukrainian citizens, and not the territory.  People “are placed in such conditions that they are compelled to take Russian citizenship because that assures them some minimal degree of stability and protection.”  Lynnyk stresses that there is evidence of coercion, as seen in 2020, when factory workers, public sector employees, etc. were taken by coaches to the Rostov oblast in Russia to ‘vote’ in the fake referendum of amendments to Russia’s Constitution.   Russia basically needs people, both to boost its so-called electorate and for cheap labour outside the main cities in the Russian Federation.  The Kremlin understood back in 2014 that there would be a real reaction from the West, if only in the form of genuinely painful sanctions, if Russia openly seized more Ukrainian territory.  It is therefore controlling, arming and funding the illegal pseudo republics, while not officially recognizing them.

Radio Svoboda’s Donbas Service [Donbas Reality] has also probed Russia’s recent moves and draws attention, in particular, to the mass campaign in LDPR media, on billboards, etc. over the last month trying to get people to obtain a Russian SNILS individual insurance number.  It is clear from interviews with people on the street, that they have understood SNILS to provide the right to Russian medicine, social benefits, etc.  Those applying for such a number, or those who, in order to get SNILS, decide to obtain Russian citizenship, presumably believe that all such benefits will be available to them.  The propaganda campaign is silent about the fact that this is a mere first, largely technical, step, and that people without a Russian place where they are registered will not be able to receive social benefits.  They will, however, be able to ‘vote’ in Russia’s elections online.  Russia has also simplified the procedure for receiving SNILS, so that you really just fill out a form, and can do it in Donbas, including at work.

Maria Kucherenko, from the Research Centre of Civil Society Issues, is convinced that the main objective is to enable voting online, so that Russia can claim ‘mass participation’ without the logistical problems of transporting huge numbers of people to the Rostov oblast.  She does, however, expect that such coachloads will be organized as well, in order for the good propaganda shots, purportedly demonstrating queues at polling stations and eagerness to participate.

Konstantin Skorin, from the Moscow Carnegie Centre, also views the participation by people from LDPR in the elections as having a propaganda, rather than an electoral, purpose.   The idea is to show these ‘new Russian citizens’ “choosing Russian leaders.” “This is an important propaganda step, indicating that Donbas is integrating more and more with Russia, and is being drawn more and more into Russian political life”.

The fact that people are being conned with false problems of benefits will deepen disillusionment, Kucherenko says, although she does not see this as inclining people to view Ukraine as looking after them.  Deep or not, such disillusionment will remain silent, with people doubtless understanding just how dangerous it is to speak out.